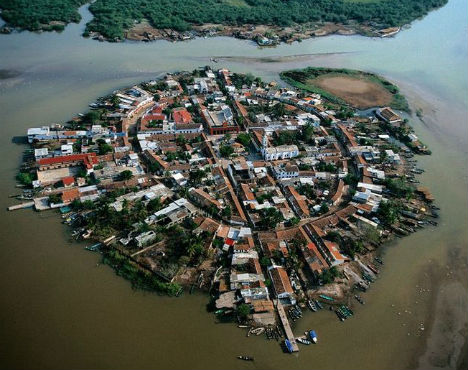 During the dry part of the year, Mexcaltitán looks like any other island off the coast of Mexico, save for its unusual shape. But in the rainy season, the streets flood and locals must take to canoes to navigate their neighborhoods. Mexcaltitán is known as ‘Mexican Venice’, and some believe that it was the original Aztlan, birthplace of the Aztecs. 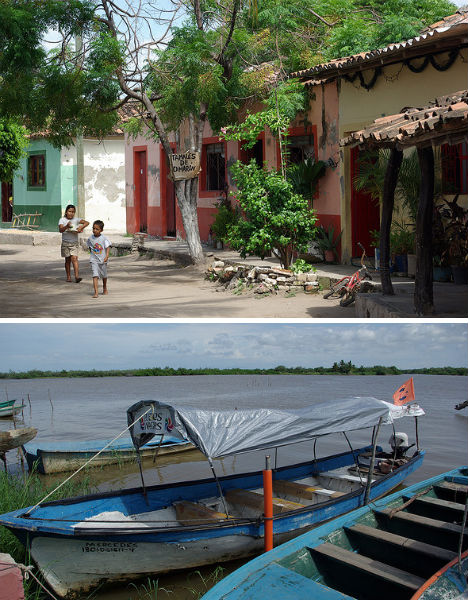 (top image via: odd stuff; above images via: mickou)

From above it looks like an X in a circle, just 1,300 feet in diameter with five main streets. Located about 25 miles from Santiago Ixcuilntla in the Mexican state of Nayarit, the island is home to just over 800 people. Promoted by the Mexican government as a “magic place”, it’s now a tourist attraction. The inhabitants make a living with shrimp fishing and handicrafts made from mangrove trees. 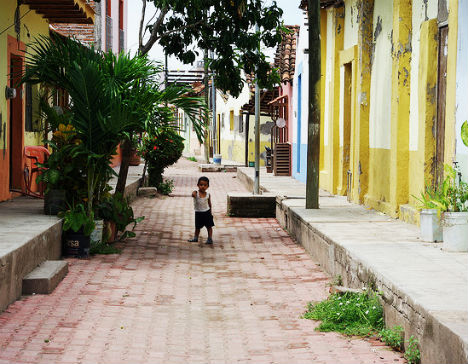 The sidewalks are two to four feet above the streets so they remain above water level during moderate flooding. The village is full of colorful buildings topped with traditional terra-cotta tile roofs. In the center of the town is Museo del Origen (Museum of Origin), which contains artifacts of Mesoamerican history and Aztec culture. 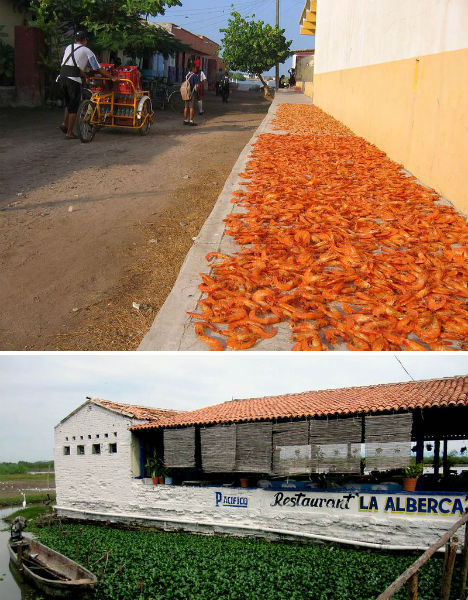 Nayarit is Aztec country, and local legend has it that the Aztec may have started out on this tiny little island, making it the birthplace of Mexican identity. The island was created by human hands, possibly the Aztecs, in pre-Columbian Mesoamerica.