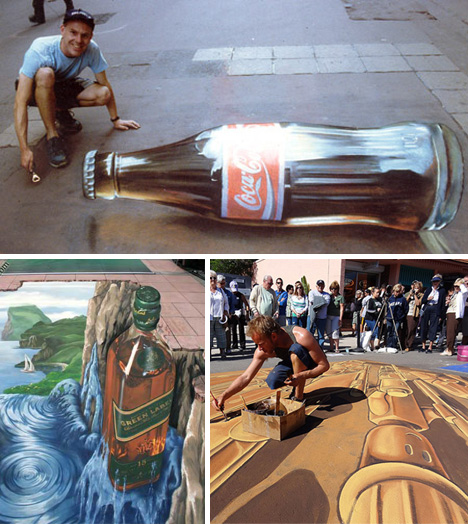 What happens when the neighborhood kid who likes to draw in the sidewalk with chalk, grows up? That kid becomes an artist who gets paid mad money to illustrate awesome 3D advertisements on city streets! And damn is it cool. 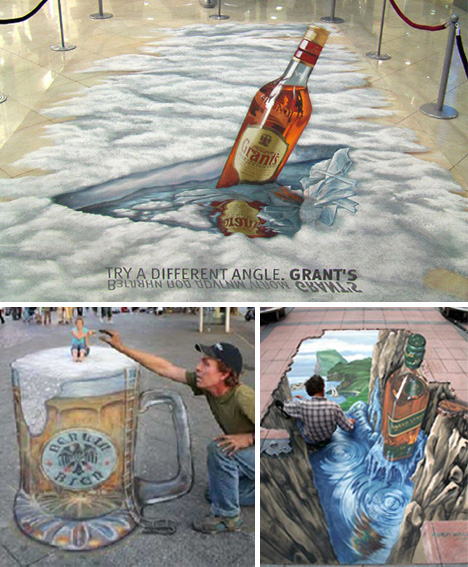 Alcohol is an internationally popular topic. One Moscow artist added a Grant’s advertisement in the middle of a shopping mall. Featured also is a Taipei artist’s refreshing glance into the world of Johnnie Walker’s Green Label. One of the most famous 3D sidewalk artists, Julian Beever, created this mind-bending vision of a brimming flagon of ale. 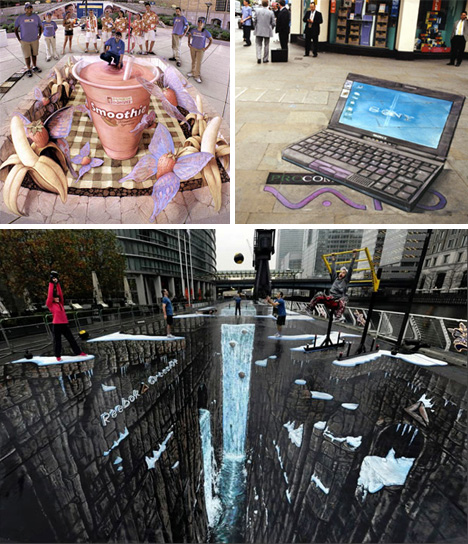 Michigan native Kurt Wenner created this Dunkin Donuts ad for their smoothies. It’s fun, festive, and the perfect location for a photo op. Julian Beever drew the Sony Vaio laptop ad, smartly placed in the middle of a popular urban plaza where it’s sure to be seen by a ton of eyes. In 2011, Reebok’s Crossfit shoes beat the world record with the help of 3D Joe and Max, the duo that created the largest and longest 3D street artwork (over 106 meters long). 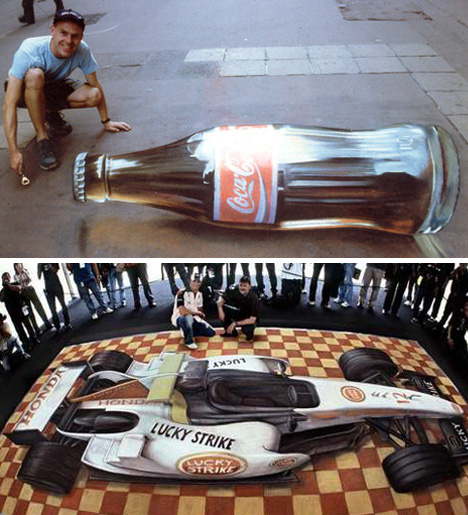 3D artists aren’t too picky when it comes to their day jobs, and they certainly take the quality seriously. This Coca Cola sponsorship by Julian Beever is quite impressive, as is the incredibly realistic Lucky Strike car created by renowned artist, Kurt Wenner. 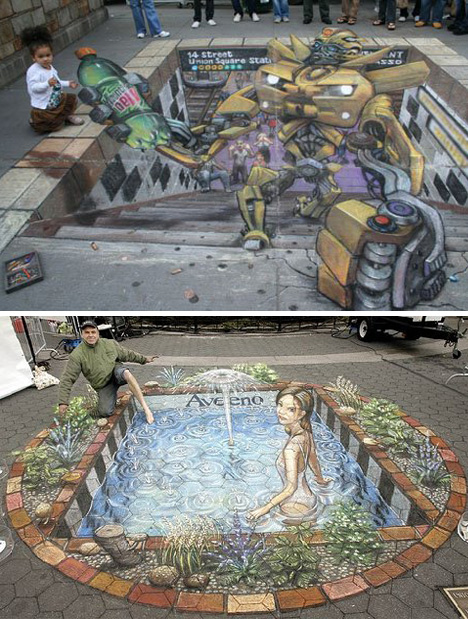 This Mountain Dew ad climbs up out of the street with an uncanny play on perspective. Aveeno also gets in on the action, with a refreshing dip in an urban oasis, courtesy of Julian Beever. 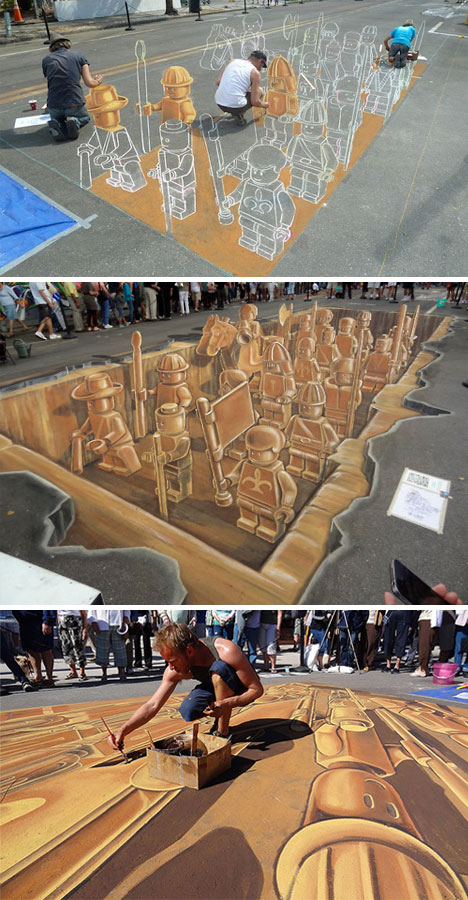 The artist group Planet Street-painting created this epic LEGO masterpiece depicting soldiers lined up for battle. It took a full 5 days to achieve the final product, with several artists working around the clock. The different angles of these images give a great glimpse into the size required to achieve the perfect perspective. 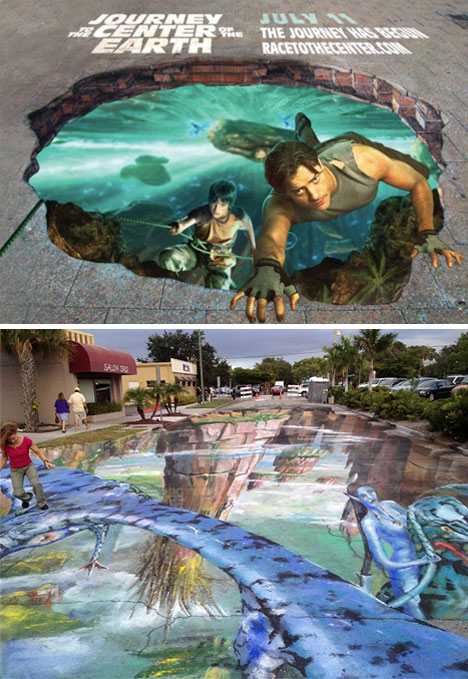 Movies are great fodder for street sponsorships partly because everyone wants to take photos interacting with the ad, and share it across all their social networks. These examples depict an ad for Journey to the Center of the Earth and the epic film, Avatar.