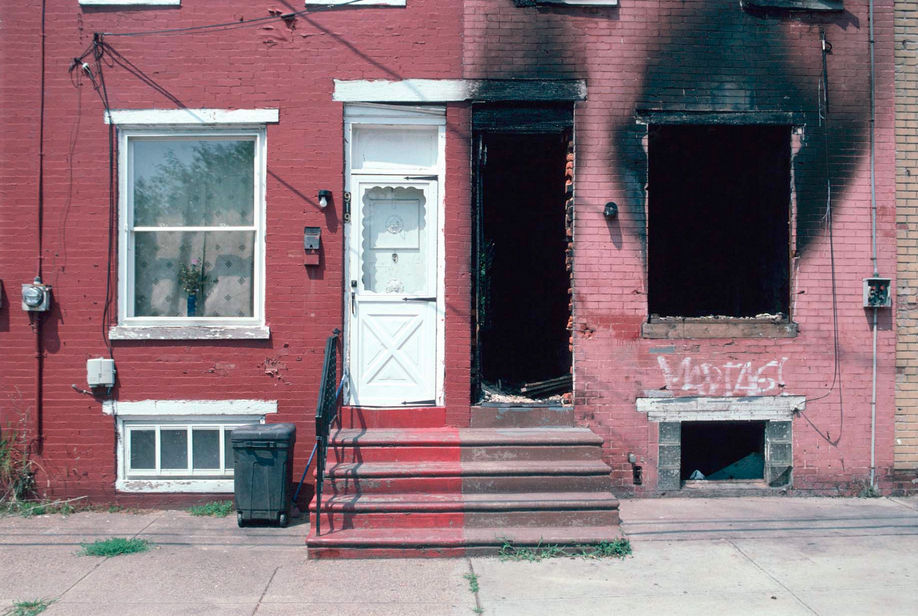 Physically conjoined but separately sold upon construction, the lives of paired buildings (ones that share a common wall) can diverge dramatically as this photo series poignantly illustrates. In various cases, one half of the duplex is occupied by squatters, filled with trash, burned out by a fire, boarded up, simply deserted or even entirely demolished. 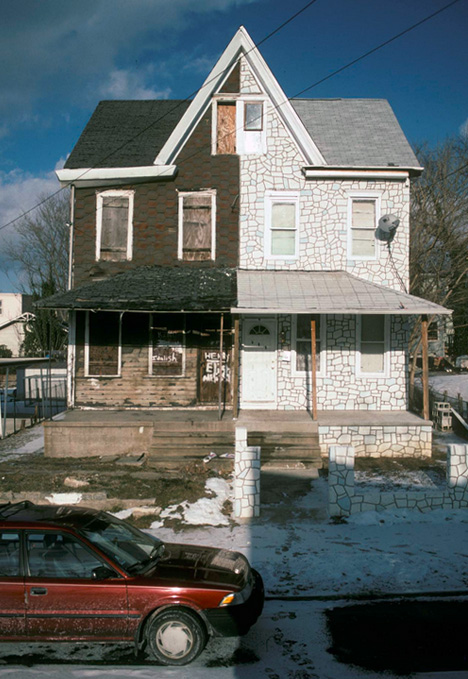 Camilo José Vergara was born in Chile, resides in New York and is famous for documenting urban decay and city slums through text and images, but his Paired Houses set from Camden, New Jersey, tells a particularly powerful tale of times past and present. 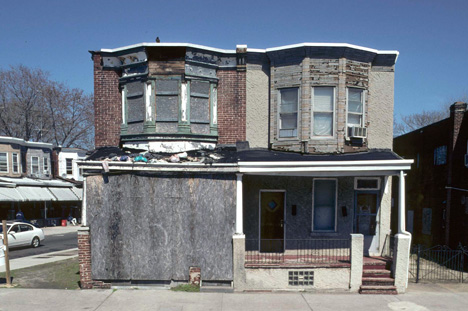 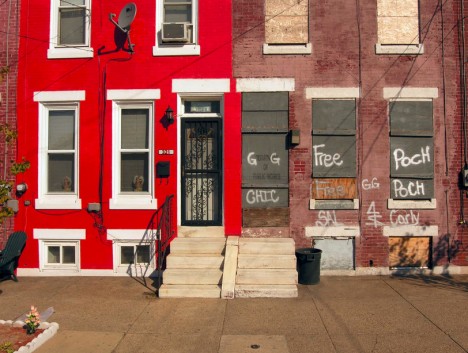 This approach epitomizes a theme common to his work, which frequently focuses on showing change over time. Like twins separated at birth, these dual buildings (once mirror images of each other) are uniquely illustrative of change. They are found particularly often in Camden, a place with a long history of struggling against decline. 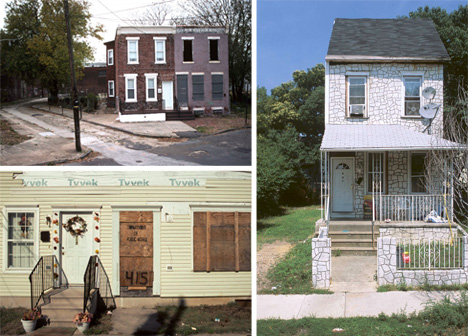 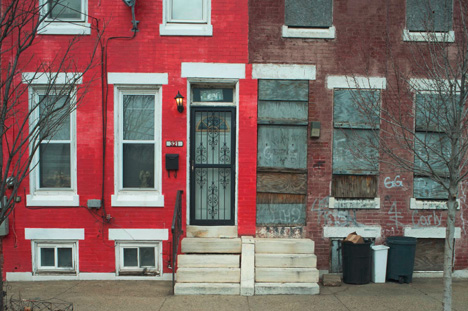 The common theme: buildings that share a party wall. For the unfamiliar, ‘party walls’ are not as festive as they may first sound. These are simply the shared partitions between buildings that are structurally contiguous – a common phenomena in densely-built areas. This joint element ties homes and other structures almost inextricably together – some of these share stairs, porch roofs and other architectural elements as well, all hard untangle. 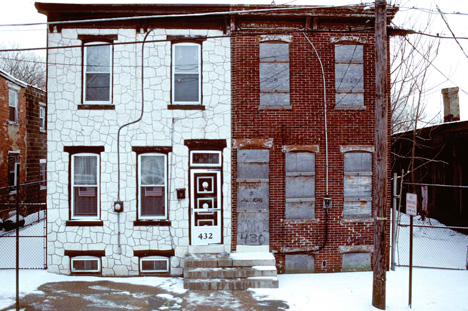 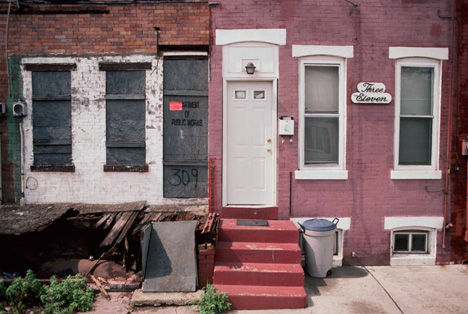 Once abandoned, things tend only to get worse for the half still occupied. The other side may be used for anything from sleeping to drug use and dealing. Infestations of vermin on one side can cross back over as well. In many instances, the best-case scenario is to tear down the decaying half, like separating one conjoined twin to save the other.