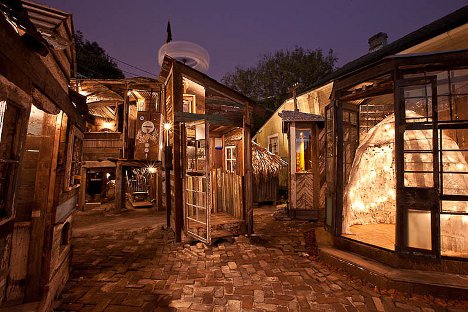 In New Orleans, music seems to exist everywhere. The city itself is woven from the notes of generations of musicians, all leaving their mark on this historic and beloved town. But there is a little shantytown in NOLA that is even more musical than the rest of the city – a place that is actually made of music. 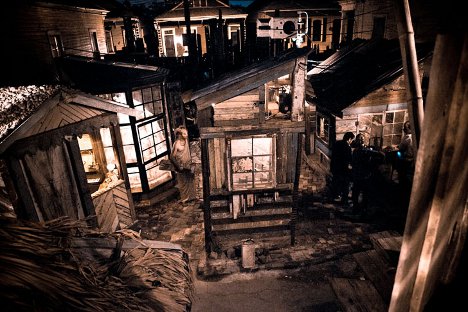 (above and top images via: Inhabitat)

The Music Box is a tiny village of shacks and little houses built from materials salvaged from a collapsed 18th-century cottage. Each one was purpose-built to either house an instrument or act as an instrument itself. It is musical architecture: interactive installation art that is strange, unspeakably beautiful and unlike anything else. 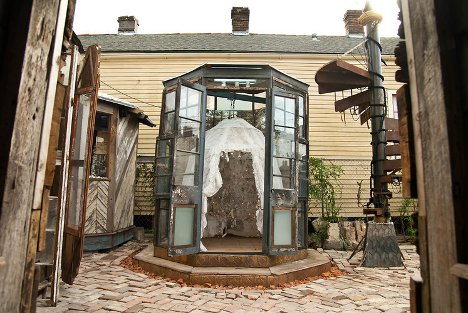 Some of the instruments are straightforward, making it possible to guess the sounds they might make. But others are completely inscrutable, consisting of all sorts of odds and ends and looking like complicated toys or overly ornate decorations. Once the musicians take their places and the sounds begin manifesting, however, it becomes clear that every piece of this highly unusual village has a purpose. 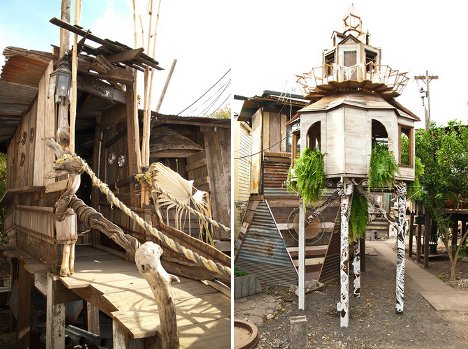 The installation was created by New Orleans Airlift in collaboration with 25 artists. Each designed and helped to build a shack-sized instrument in the installation. These small structures are prototype instruments, kind of a real-world study in the art of musical architecture. Although the Music Box installation is temporary, the larger project, Dithyrambalina, will see a permanent “sound sculpture” installed. The final Music Box public performance took place in early June, 2012.

The very concept of musical houses inspires a sort of child-like glee. Who didn’t spend at least a little time during childhood pretending that various home objects were instruments? The Music Box is like a childhood dream that grew up and became something truly awesome. Now that the installation is over, it is only a matter of time before its successor, Dithyrambalina, wows New Orleans and the rest of the world.