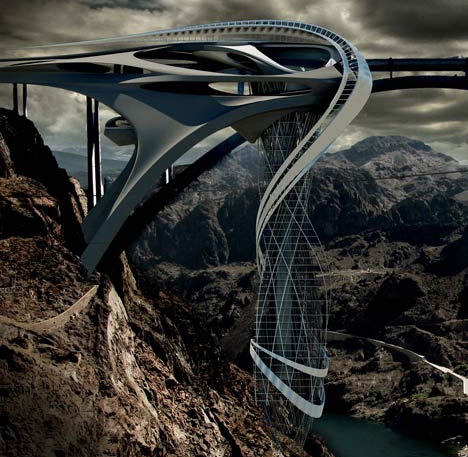 Vegas is a strange and sometimes-seedy speck of civilization with virtually nothing nearby of note … save perhaps the massive Hoover Dam and its associated geology, that is. 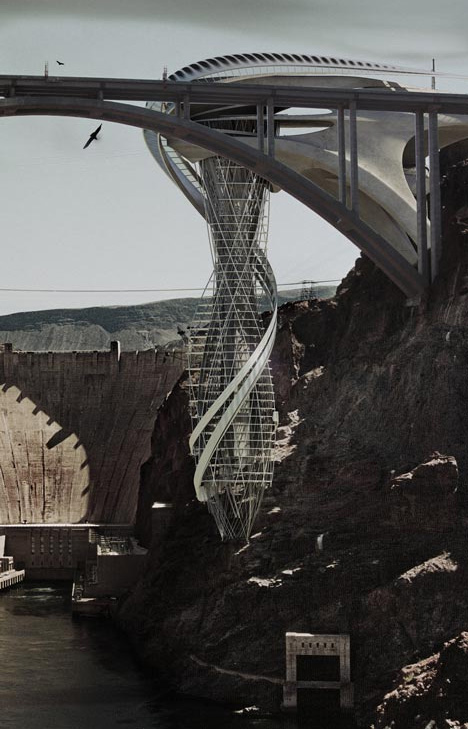 And what better way to contrast something new with the horizontal strip and its upward-spiking tower … than via an upside-down vertical endeavor, like this thesis project by Stephan Sobl? 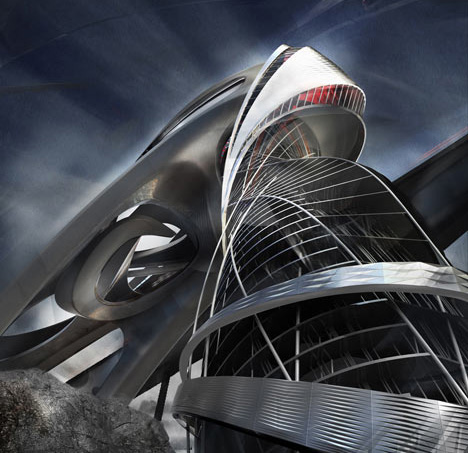 This dazzling inverted design features a “lightweight carbon-fibre structure” that “would be suspended from a concrete cantilever and supported by a spiralling metal shell.” The result is a sort of half-exposed skeletal tension system – a building, one could say, in mid-strip. 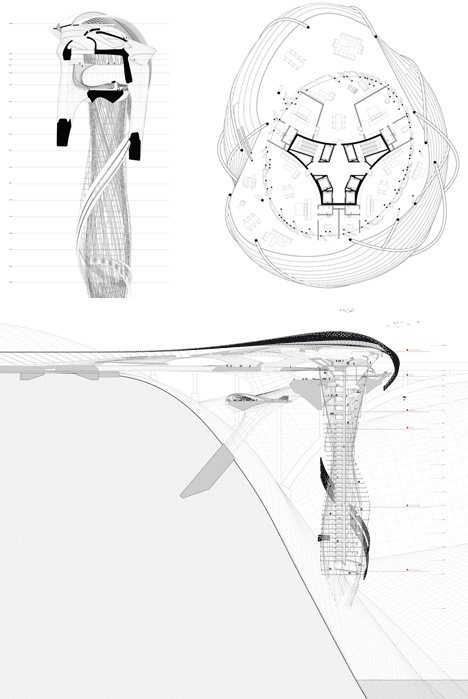 If it seems over-the-top (or edge, as it were), that may be true, but is also fitting for the context – in Las Vegas, the only way to get attention is by grabbing it away from what is already there (you don’t have to tell that to those running establishments in the old downtown). In a way, it is very Darwinian, and only the flashiest survive. 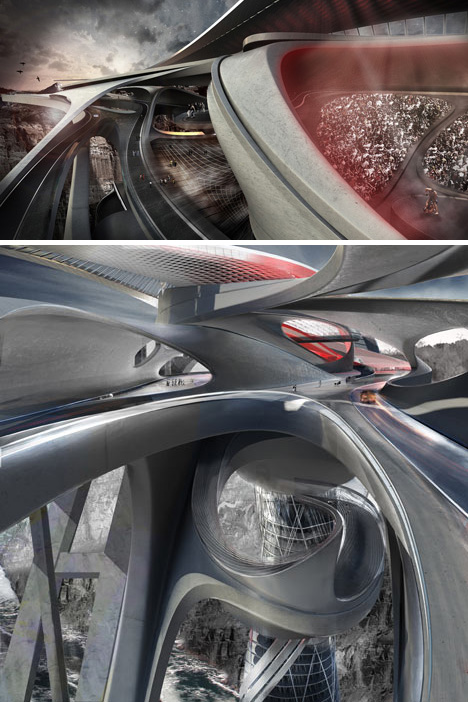 And of course, it would not be Vegas if you could not access the structure both on foot and by car, and if it did not house a casino, hotel, boxing ring, concert hall and all the other standard amenities of a local resort.