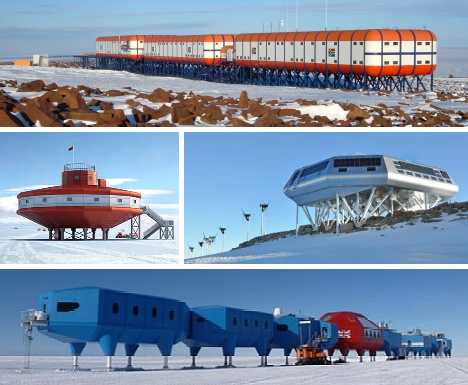 Constructing a research station in Antarctica means thinking outside the box-like building but not TOO far outside… Great Scott it’s COLD out there! 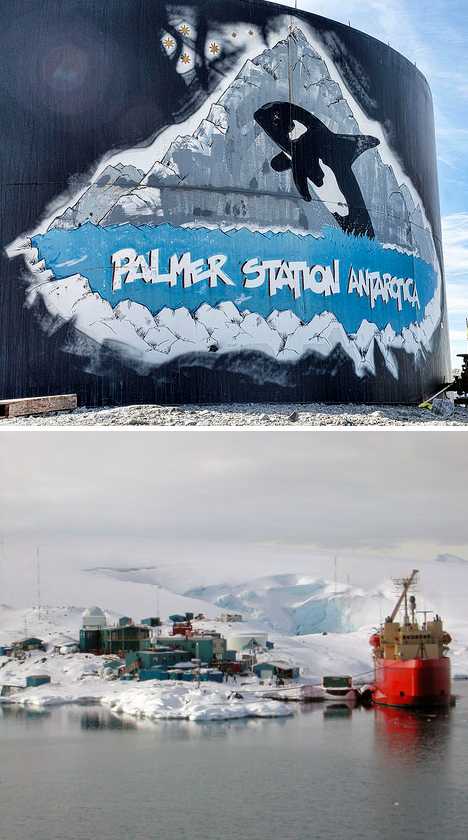 (images via: Christopher Michel and WHOI)

Built in 1968 on Anvers Island, Palmer Station is the only American antarctic base located north of the Antarctic Circle. The base’s activities focus on the study of marine life and most projects are seasonal in nature: the station’s resident population averages around 40 in summer but drops to 15-20 in winter.

But enough about the station, check out the photo above! In November of 2009, red-parka’d base personnel got together to send a friendly greeting to NASA’s DC-8 flying science laboratory flying overhead. 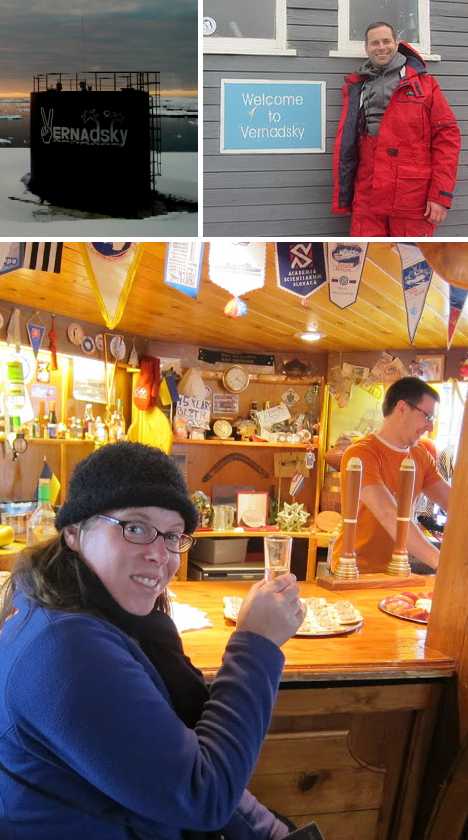 (images via: EYOS Expeditions, Wikipedia/Lewnwdc77 and Around This World)

Ukraine didn’t build the Vernadsky Research Base; the former Faraday Station on Winter Island was purchased from Great Britain in 1996 for the bargain price of one pound. The station’s main claim to fame is its bar, said to be the southernmost such establishment on earth, where thirsty and/or bored patrons can pay $3 a shot for vodka brewed on-site. 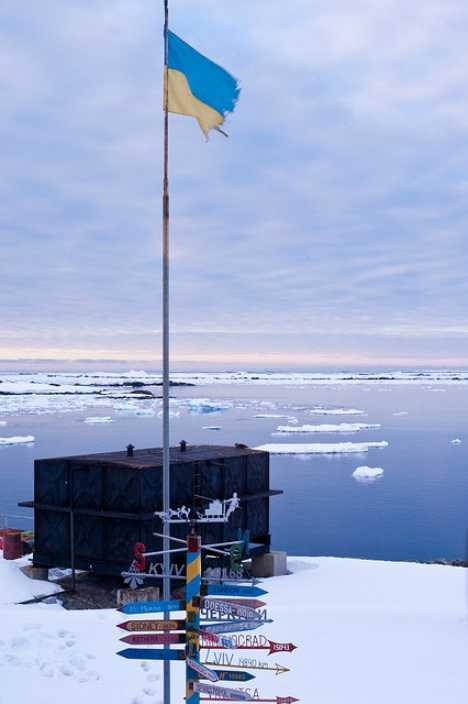 Now operated by the National Antarctic Scientific Center of Ukraine, the Vernadsky Station consists of nine buildings and can house up to 15 staff members. Full credit to Flickr user Rachel Lea Fox for the image above. Time for a new flag? Er, I wasn’t asking you, President Putin.

Constructed in 1990 and expanded 15 years later, Troll Station is Norway’s only year-round antarctic science base… problem? The Norwegian Polar Institute operates 8-person capacity Troll Station, which is located in the Norwegian antarctic dependency of Queen Maud Land. Troll Station is built on a bare rock outcrop poking through the ice cap and since the region is considered to be a “desert” in meteorological terms, heavy snowfalls and wind-blown drifting are not major concerns. 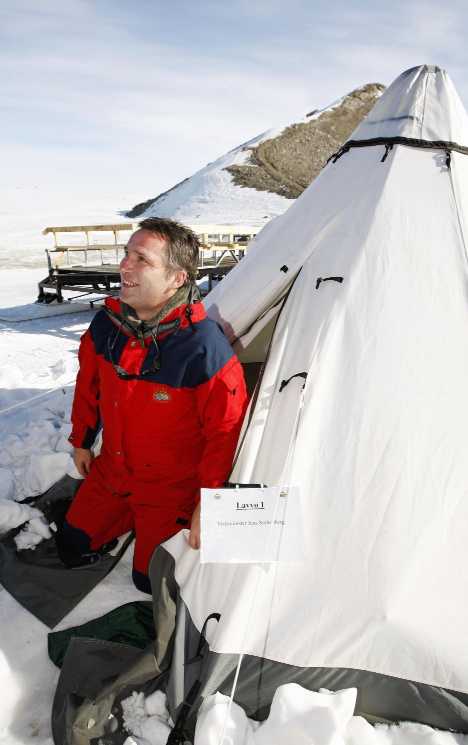 As is the case with all antarctic research stations, accommodations at Troll Station are both limited and spartan… even if you’re Norwegian Prime Minister Jens Stoltenberg. 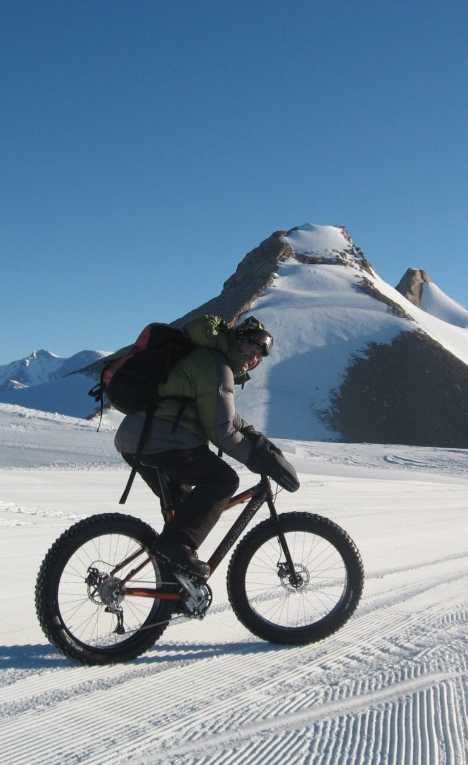 Though sunlight is unavailable for months at a stretch, Princess Elisabeth Antarctica Research Station’s location backing onto the rocky Utsteinen Ridge in Queen Maud Land exposes it to howling gales measured at up to 300 kph (190 mph). Calmer days are much appreciated by station staff. He’s rollin’, don’t be hatin’.