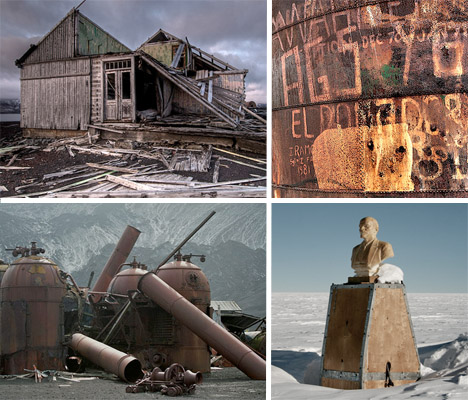 At the end of the earth, in some of the most remote places known to man, the remains of ill-advised human exploration and activity can be found in the form of rusting equipment, buildings almost entirely buried in snow, and abandoned ships. Left behind due to inaccessibility, war, failing industries and harsh, inhospitable conditions, these whaling factories, military bases and research facilities make up some of the world’s eeriest ghost towns. 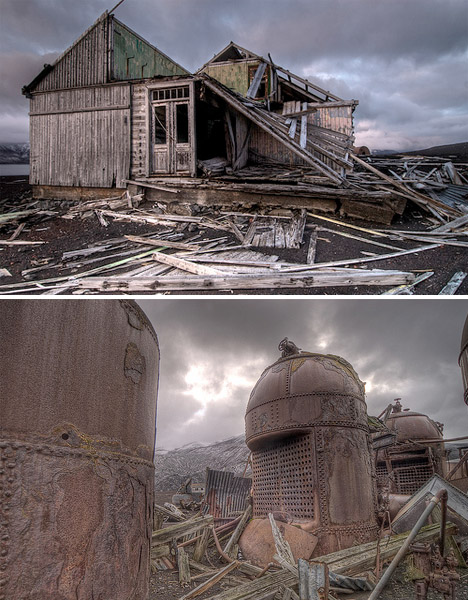 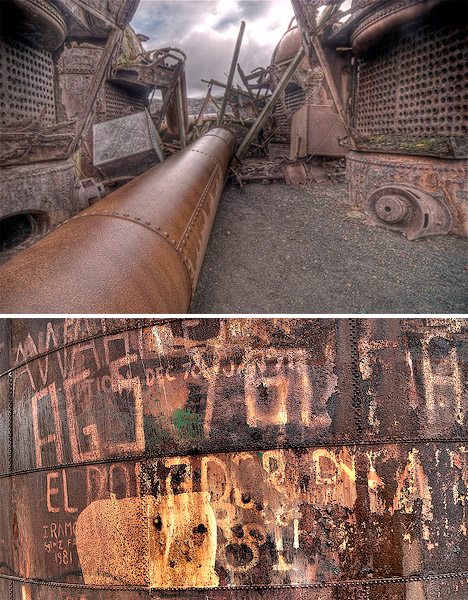 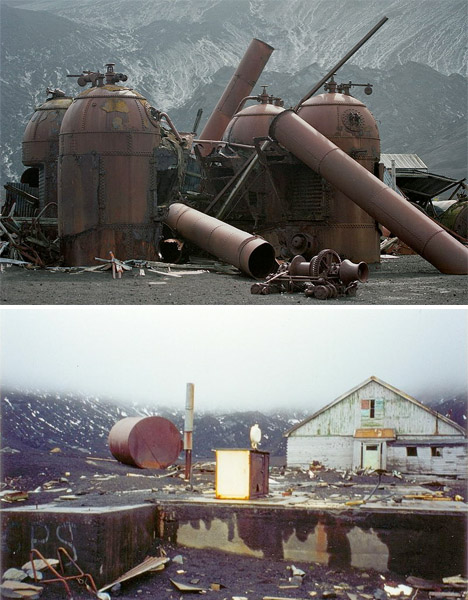 Established as a ship base on C-shaped Deception Island by a Norwegian-Chilean whaling company in the early 20th century, Whaler’s Bay was abandoned when oil prices plummeted during the Great Depression. It sat empty until the British reclaimed it as a base in 1944, but a series of volcanic eruptions in the 1960s sent everyone packing again. A mudslide caused by the most recent eruption in 1969 buried many of the structures.

Decades later, it’s totally empty but for the remains of the buildings, equipment and ships. Deception Island is so named because the tiny entrance to its bay is difficult to find; some explorers thought the island was nothing but high, rocky cliffs that are impossible to access. Once inside, however, visitors are greeted by surprisingly warm waters courtesy of the dormant volcanoes, which boil in some spots but offer comfortable bathing in others.

Pole of Inaccessability with Bust of Lenin 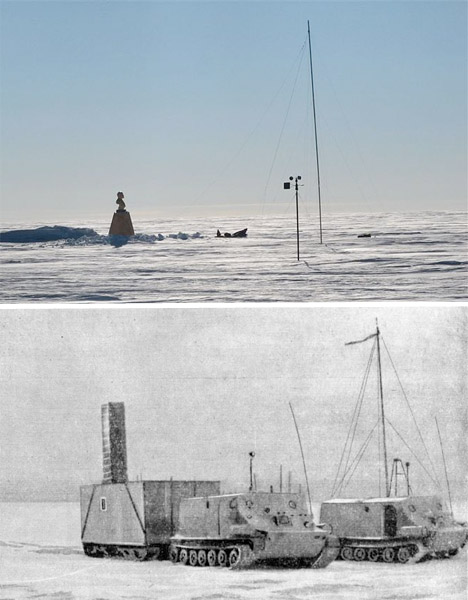 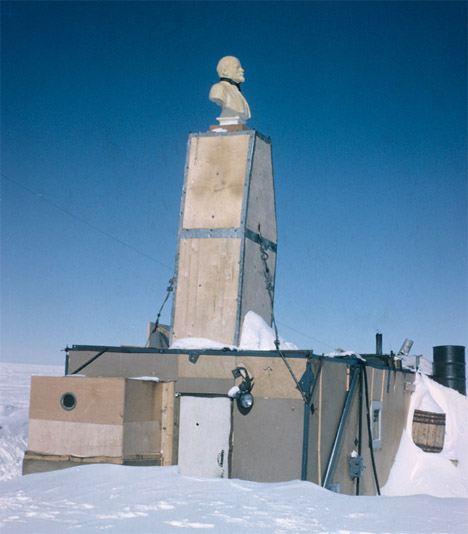 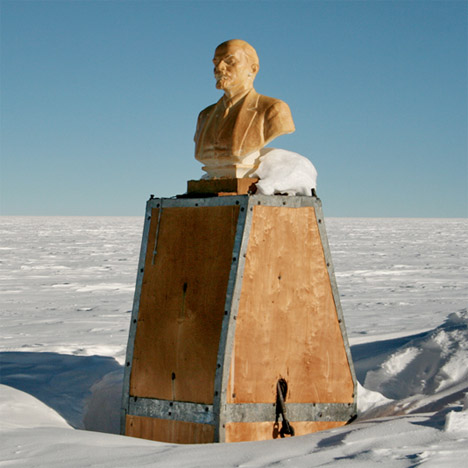 The southern point of inaccessibility – the point in Antarctica that’s furthest from any ocean – is the location of a now-defunct Soviet research station established in 1958. As difficult to reach as it was, the station was never very robust; it had a hut for four people, a radio shack, and an electrical hut, all of which were pre-fabricated and brought in on tractors. The base was in use for a whopping 12 days before it was suspended indefinitely due to its remote location. All that was left behind was a single building topped with a bust of Vladimir Lenin. Snow drifts have buried most of the building so that the bust is all that can be seen of it today. 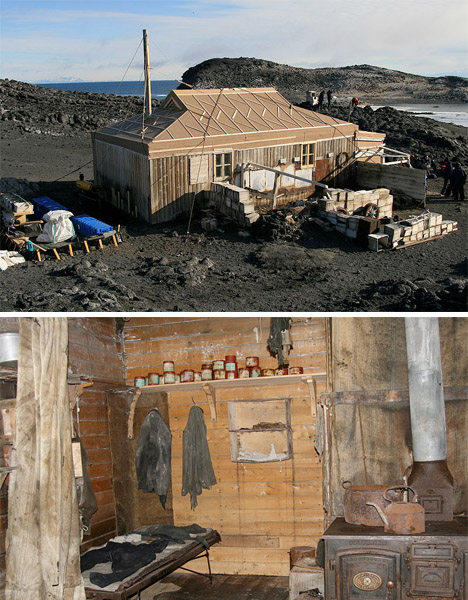 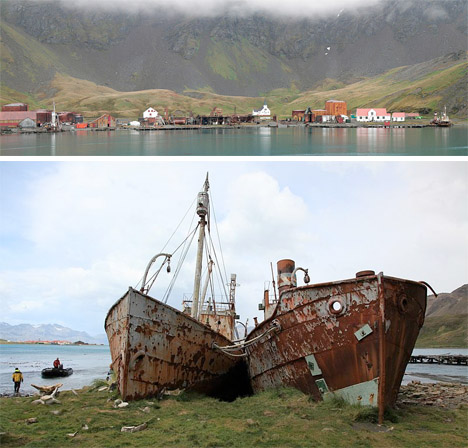 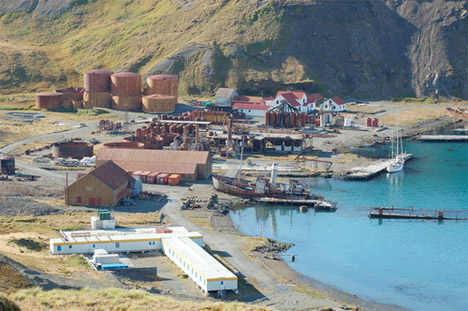 This rusted jumble of equipment was once a large Norwegian whaling base, with about 300 men working to process captured whales, rendering the blubber, meat, bones and viscera into oil. Established in 1904 in the most protected harbor of British-owned South Georgia Island, which offered plenty of flat land for building, it soon became home to an Argentine meteorological station as well. But over the following sixty years, the population of whales in the seas around the island declined dramatically, and by 1966, the station closed. The whaling station site is still littered with whale bones as well as carcasses of industry and architecture. The island of Grytviken is also the gravesite of the explorer Ernest Shackleton, who was buried alongside whalers who died there.