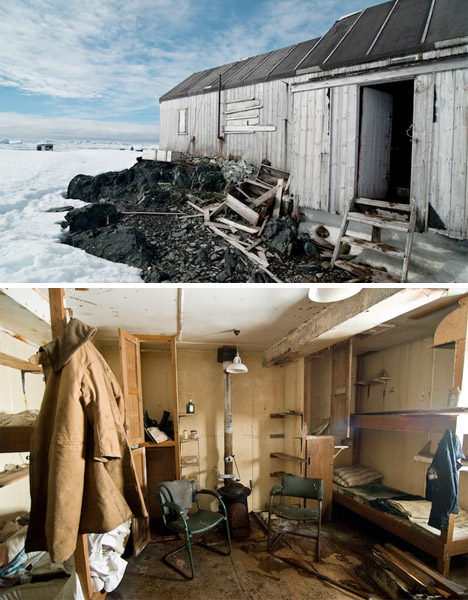 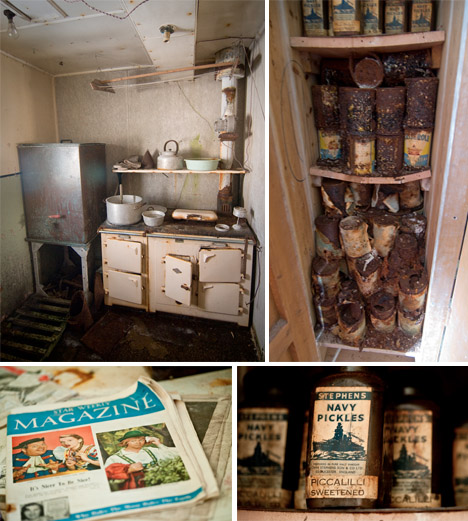 Established as a British survey base in 1956, Base W is located on the protected shore of Detaille Island. It seemed like the perfect setting for the base, but the year it was built was milder than usual, and in subsequent years, the bay became cluttered with ice, making navigation extremely tricky. When the relief ship John Briscoe arrived at the end of the summer season in 1959 with overwintering supplies, they found the bay not only impassable, but so dangerous, they couldn’t stick around. The staff of Base W had just one hour to pack up and get on the Briscoe, leaving behind all that can still be found there today – rusted cans of food, magazines, clothing and other personal items. Those lucky enough to visit find it an eerie time capsule, virtually untouched since that day.

In 2004, the British attempted to return to Base W to either preserve it as a historical site or knock it down and remove all traces of it. But the ice foiled their plans, as well. Instead, they headed to Base O on Danco Island, another abandoned research facility, which they removed. 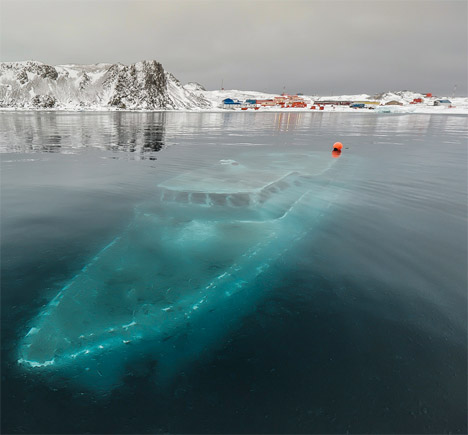 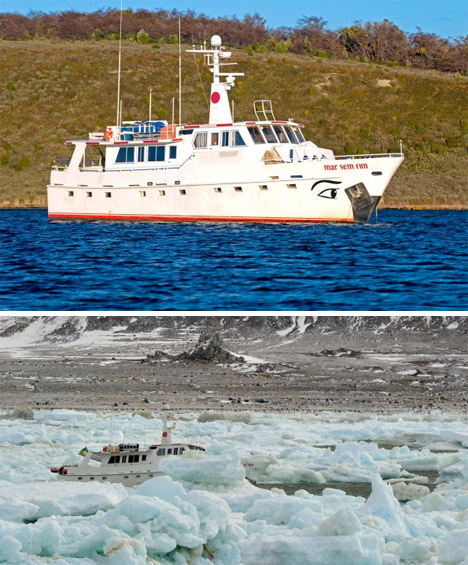 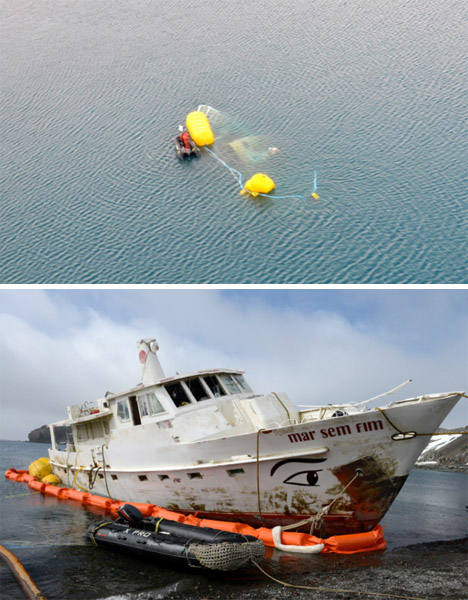 For a brief period in 2012, the freezing cold waters of Maxwell Bay in Ardley Cove, Antarctica sheltered what looked like a ghost ship from above, glowing iridescent blue just a few meters below the surface. The Brazilian research vessel Mar Sem Fim (Endless Sea) held four researchers filming a documentary in Maxwell Bay, but became stuck in the ice. The weather turned, and waves several meters high along with 40-knit winds caused the ship to lean to one side. The Chilean navy rescued the researchers, but the ship had to be left behind. Water from those towering waves froze inside the ship, splitting the hull and sending the vessel to the bottom of the shallow bay. It stayed there for nearly a year, until the owner managed to return to the site and use buoys to gradually raise it from its watery grave and bring it back to shore.