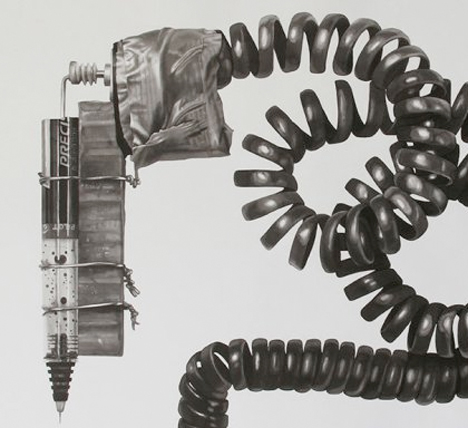 When famed tattoo artist Scott Campbell visited a prison in Mexico to ink people held inside, he didn’t bring a tattoo machine – he made his own, the same way the inmates would, using the materials that can be found within the prison walls. The artist then immortalized these DIY creations in a series of realistic black-and-white watercolor paintings called ‘Things Get Better.’ 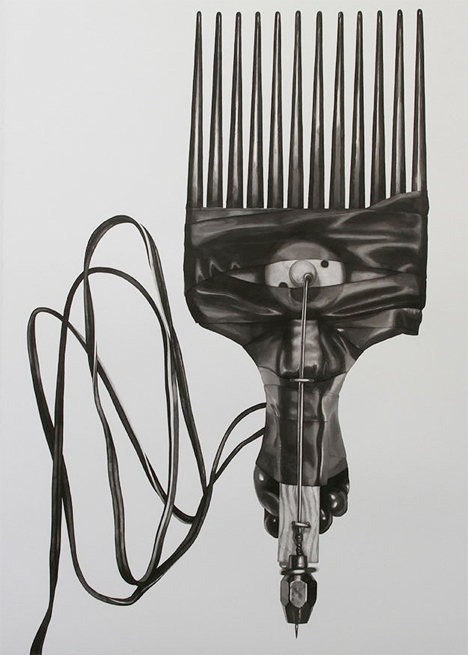 The title refers to the ‘things’ that the guns are made of: hair picks, plastic utensils, telephone cords, batteries and ballpoint pens. Campbell spent two months visiting the prison, where he worked with the inmates and tattooed them. Since he wasn’t allowed to bring tattoo equipment inside, he had to use what was available. He donated “a few VCRs and a beaten old guitar” to the prison rec room to help the process along. The motors from the VCRs and the guitar strings, which were then used as needles, proved extremely useful for his creations. The needles were sharpened on the grout between tiles. 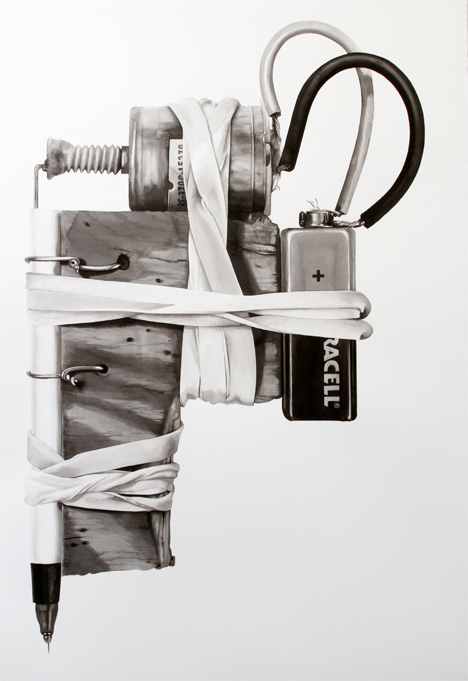 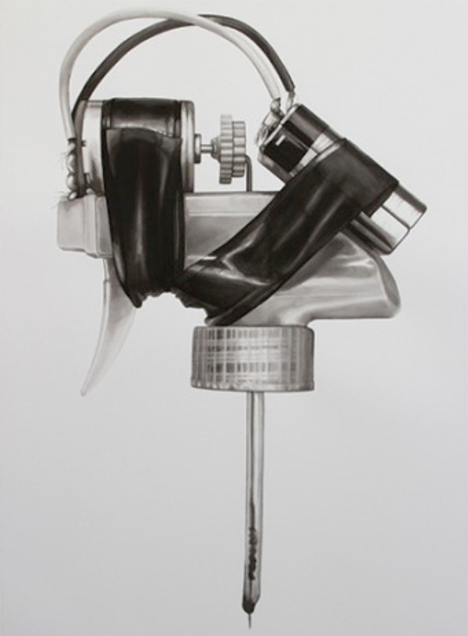 “I like the idea that inspiration can come from limitations,” Campbell told Life and Times. “There’s a general notion that inspiration is a sort of expansion of awareness or broadening of creative range. This work is inspired by parameters. The openness of a blank canvas and the infiniteness of the possibilities that canvas may contain can be paralyzing.” 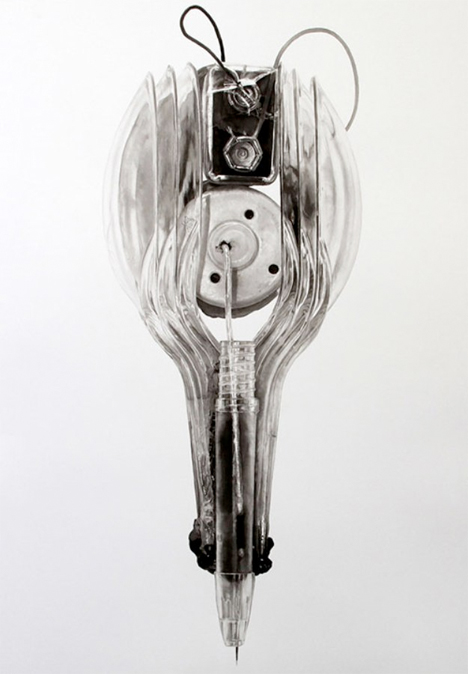 “When I have limitations –a confined range of materials –and a specific task to fulfill, it creates a little world that I can get lost in and walls to push against. These paintings are created within parameters that we can imagine ourselves in and, in that way, are relatable. The watercolors are humble and sweet in their simplicity.”