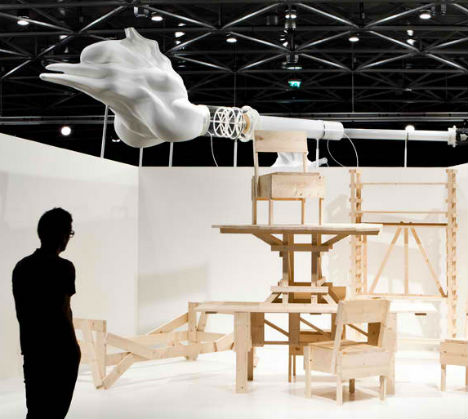 It looks like a work of art – a sculpture meant to represent, perhaps, a cloud of smoke being blown from a pipe. But what you’re looking at is actually a recreation of the vocal chords of a 50-million-year-old ‘walking whale.’ ‘Proposal for Resuscitating Prehistoric Creatures’ is an exhibition by Marguerite Humeau that enables us to hear just what extinct animals would have sounded like. 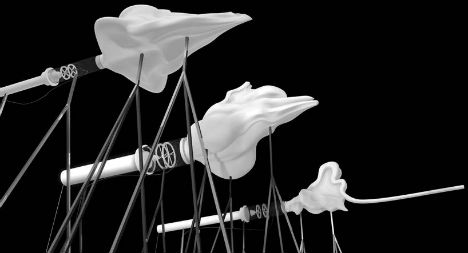 “I’m not only recreating a shape, but also the data that has disappeared — we’ll never be 100 per cent sure this is accurate,” Humeau told Wired Magazine UK. “But when I heard it roar, it felt real.”

The London-based interactive designer has created full-scale, working sculptures for three extinct creatures: the entelodont, known as the ‘hell pig’, the mammoth imperator and the ambulocetus, known as the ‘walking whale.’ The long tube mimics the larynx. Determining just what the vocal chords would have looked like was a puzzle that took Humeau many years to solve. 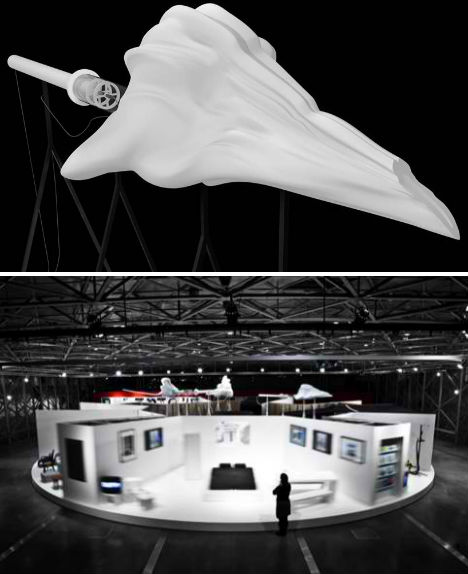 Because vocal chords are made of soft tissue, there are no fossils that indicate their shape. The designer consulted experts like paleontologists, veterinarians, engineers and ear, nose and throat specialists. A French explorer who searched Siberia for woolly mammoth carcasses gave Humeau MRI scans that he had taken of a 10,000-year-old mammoth, which she combined with fossil data to create a digital 3D representation. The sculptures are made of polyurethane foam fitted with silicon membranes that vibrate to produce sounds just like biological vocal chords do.

The project will be on display at Cité du Design in Saint-Etienne, France through January 2013, so visitors can hear what these creatures sounded like first-hand. For the rest of us, here’s a video that’s almost as exciting.