By now you may know that the world’s most famous street artist has indeed not been detained by police and his identity remains secret, but how much do you know about the prankster who perpetrated this scandalous subterfuge? For those who missed the start of this affair: a supposedly anonymous author claimed Banksy was unmasked and taken into custody by London police a few days ago during an elaborate sting operation – the story spread like wildfire despite being easy (for those so inclined) to debunk. 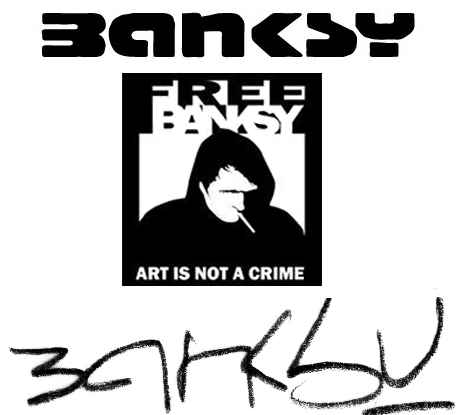 Paul Horner, the man behind the National Report piece, fingered himself as the real Banksy. In reality, he is a serial hoaxer with a history of viral exploits (often involving his own identity) of which this is simply the latest. In many ways, he is a subversive and comedic artist in his own right, arguably not so unlike Banksy after all, who has himself been known to dupe fans for fun if not profit. One could argue that Horner’s artistic stunts simply take other shapes, like writing, coming out of a background of activism and comedy. He is also not the only one who has cleverly used Banksy’s own stunts for creative monetary gain. 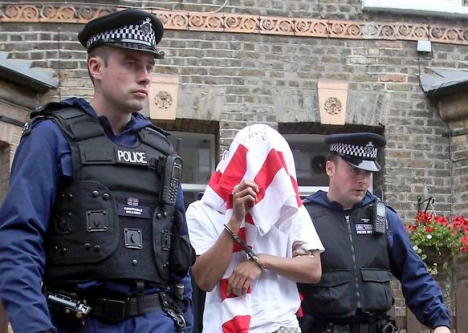 His fake story, titled Graffiti Artist Banksy Arrested In London; Identity Revealed, has been shared 3.5 million times on Facebook so far, despite being published on a website well known for reporting fictional (and frequently  hilariously improbable) news. Another early clue: the article’s thin sourcing is relatively transparent: a link to the BBC takes you to their homepage, not an article. For anyone in doubt, there is also fresh new work up on Banksy.co.uk, shown below. 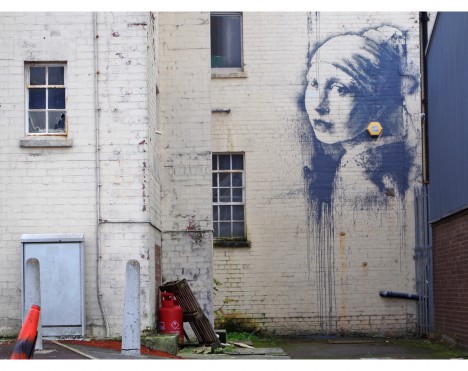 Beyond that, the article is riddled with inaccuracies, including inconsistent locations and names as well as an image of an arrest that took place years prior in an unrelated incident. Indeed, the further you read, the more ludicrous the entire thing looks, and yet it fooled millions of believers, too gullible or perhaps simply too eager to finish the piece before sharing it. Superficially, in defense of those duped, it has all of the trappings of a real breaking news piece, including seemingly-relevant pictures and videos peppered throughout.

As for Horner, he “has been alternately described as a media troll, a liar and a hack, but he sees his work in a different light: one part activism, one part fan fiction, and many parts subversive, absurdist comedy.” His exploits include (but are not limited to) claiming he was cast in The Big Lebowski 2 (a film that is not even in production) and the mastermind behind a plan to charge Facebook users for pro accounts. Some would call his pranks and pretensions cruel, but in the midst of the controversy, one has to wonder: what does the real Banksy think of all of this? Does he see a kindred spirit or simply someone using his name to turn a profit?