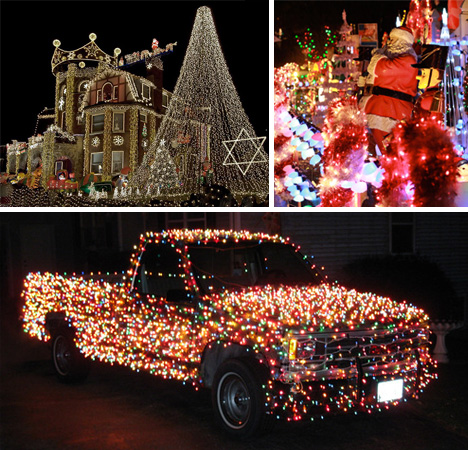 The holiday season is about friends, family, and feeling close to one’s fellow man. This is all well and good, but it’s also an excuse to go absolutely insane with decorations. After a couple of decades living in the same house, some people build up quite a collection of decorations, until it all gets awesomely out of control. 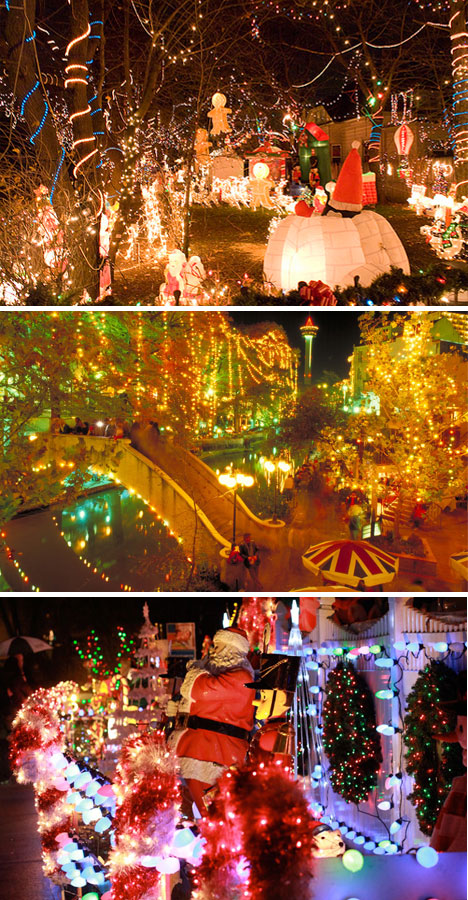 The top image showcases a truly wild light show that takes place annually at a private residence. Seeing just one corner of a yard is only a hint of what else they have up their sleeve, and you can see the rest here. The middle image is from the San Antonio River Walk, a festival that celebrates with an incredible array of beautiful lights, with a lot of the high class decorating that is not always present in these set ups. In New York, this glimpse at another private residence makes one wonder how much it costs to power all those lights each year. Click here to see more. 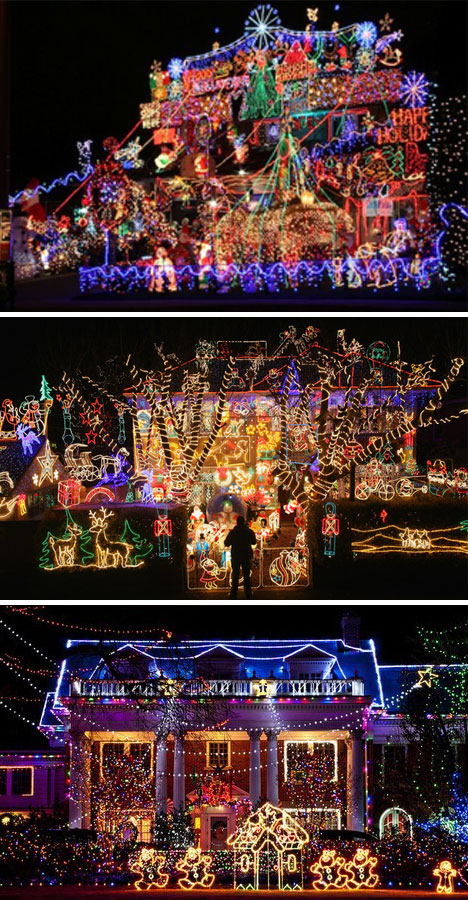 In Toronto, Canada, Benjamin Boake Trail leads to one of the most intense Christmas displays in the city. For sheer luminescence, it’s a difficult one to beat. The second house looks more like the Vegas strip than a place that someone actually lives, while the final image shows a tad bit more class. 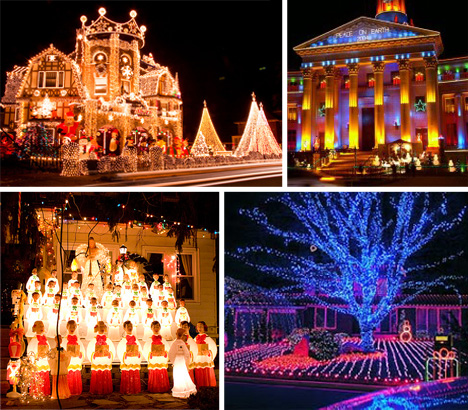 Most homeowners stop decorating once they literally don’t have an inch of their house left to color in lights… thankfully, not everyone does. Whether the house is plastered in lights like the top left example, or the lights leak out into the lawn like the house at bottom right, it’s amazing to see the effort some people put into their setup. Going a bit simplistic is better for some folks, as the top right and bottom left images attest. 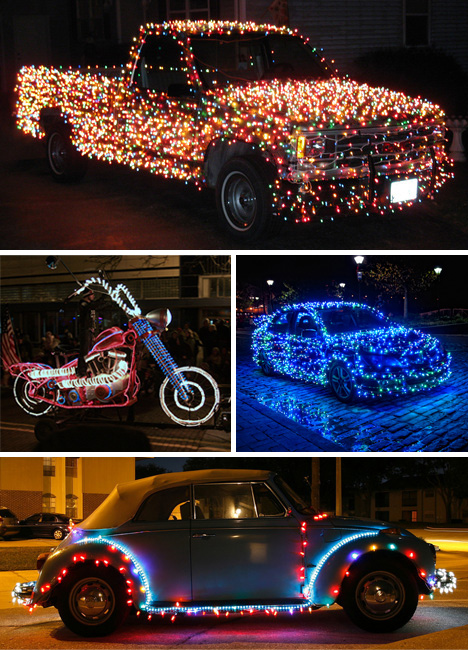 If someone doesn’t own a house to decorate, or just wants to bring their zest for the holidays out on the road, there’s always the option to decorate a vehicle. This pickup truck takes the cake (and probably extra car batteries) for its intense setup that covers every square inch of its body. Not to be outdone, a blue sedan takes to the night with cool blue colors lighting up the street. A more humble Beetle sits stolidly as a piece of decoration, while a chopper makes waves with lights that make it appear like it’s simply an illustration and not an actual street vehicle. 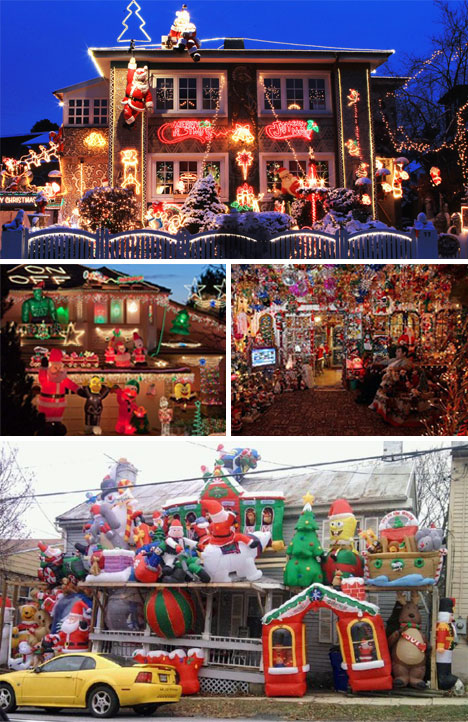 When it comes to decorating, more is better, right? Some people definitely think so! This top house seems to have entire scenes going on, while the inside of this person’s house in the United Kingdom is filled to the gills, with an annual display they had to shut down after the power bill became too much to handle. The bottom house looks like it’s being weighed down by the incredible number of inflatable decorations they have in place. While the final home has a good mix between luminescent decorations and good old inflatables. 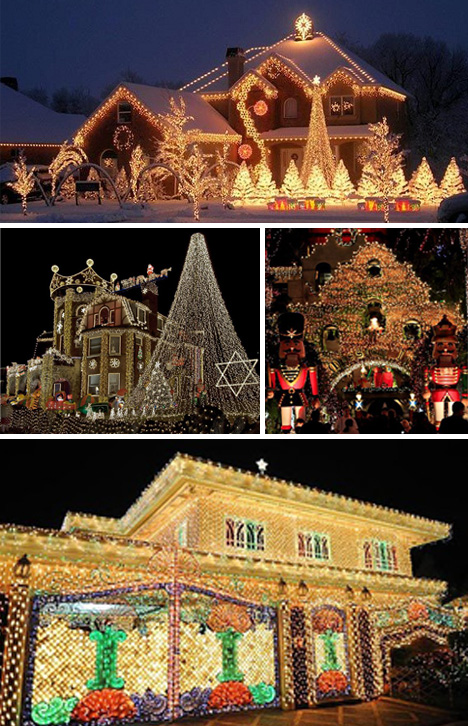 Intense decorations can look classy, as these homes show. Using only white lights make this house stand out, and the snow around it only serves to help the image. Giant nutcrackers stand in front of the Mission Inn during their festival of lights in Riverside California, and they do just fine without any snow to help. The bottom house wins the award for sheer number of lights, yet they manage to keep it orderly enough to not look too garish. Last but not least, a large house stands adorned in classic decorations, with a faux tree made out of strings of light to decorate the yard.