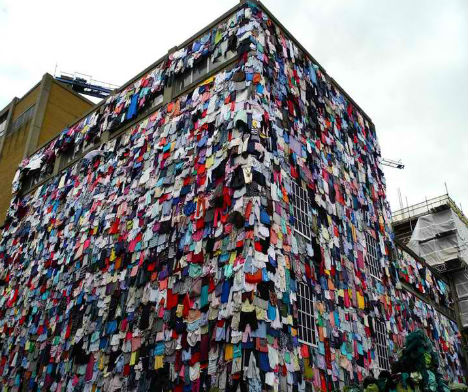 Covering the outside of a four-story building like tattered shingles, 10,000 colorful garments hang – and they represent just five minutes’ worth of discarded clothing in the United Kingdom. The ‘Shwopping’ campaign by UK retailer Marks & Spencer (a portmanteau of ‘shopping’ and ‘swapping’) calls attention to clothing waste in a way that temporarily transformed an urban setting in London. 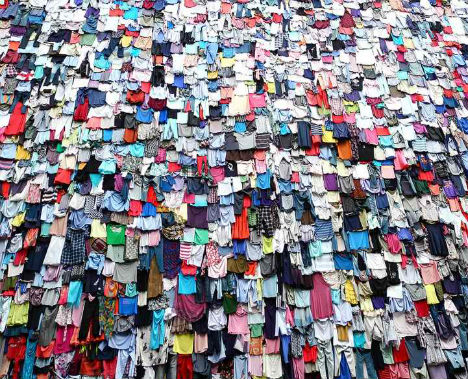 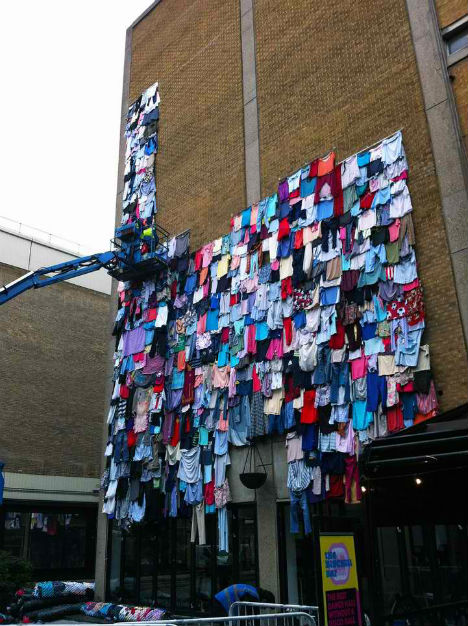 A building in East London became the basis of a massive urban art installation for the Shwopping initiative, making a visual statement that simply couldn’t be ignored. The garments were layered over each other, lending a shaggy appearance to the structure. 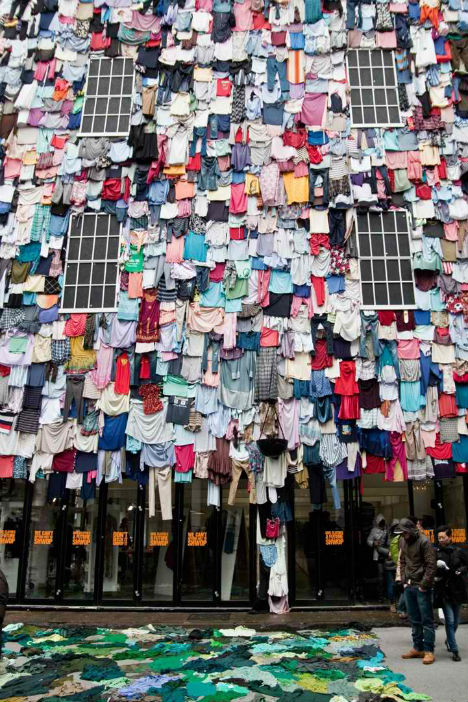 Each of these garments was no longer wanted by its owner – but that doesn’t mean that nobody else would want them. The ‘Shwopping’ campaign involved setting up over 1,200 ‘Shwop Drop’ boxes at Marks & Spencer stores across the UK to collected unwanted clothing. The garments were taken to Oxfam where they could be resold or recycled. 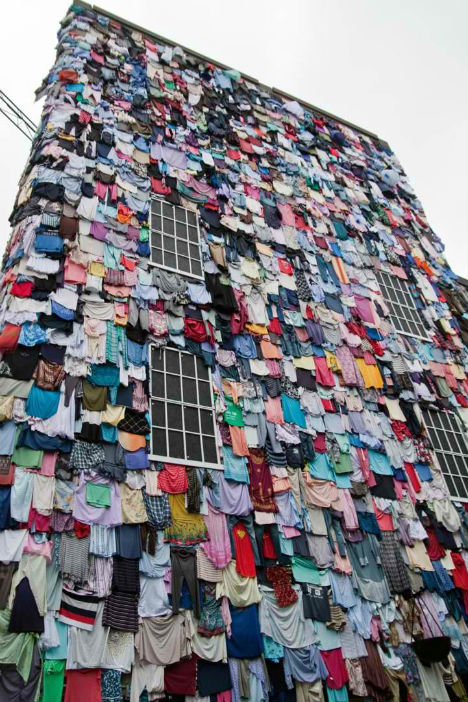