Photographer Oliver Curtis turns his back on some of the world’s most famous monuments, capturing a wholly unexpected side to these familiar cultural icons. 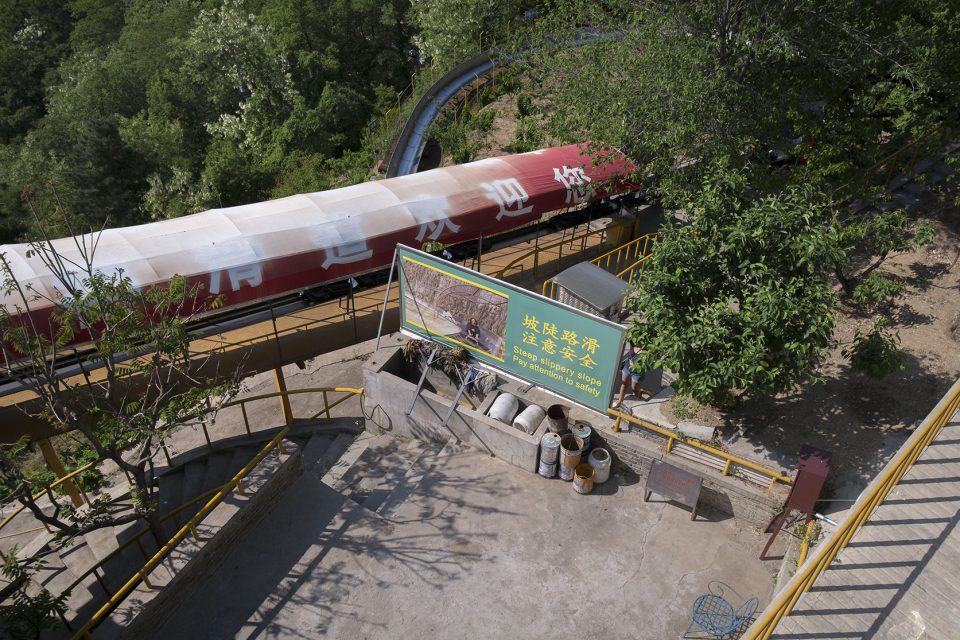 If life is a journey and not a destination (to quote Ralph Waldo Emerson), then the ideal photographer to document the trip would be Oliver Curtis. In his Royal Geographical Society exhibition aptly titled “Volte-face”, Curtis visits the world’s most famous monuments and evocative locations… and then turns 180-degrees, snapping the polar opposite of what visitors have come from across the globe to see! The results are often enlightening in their own right, as the above views from the Chairman Mao Memorial Hall in Beijing, China’s Tiananmen Square and the Great Wall of China at Mutianyu illustrate. 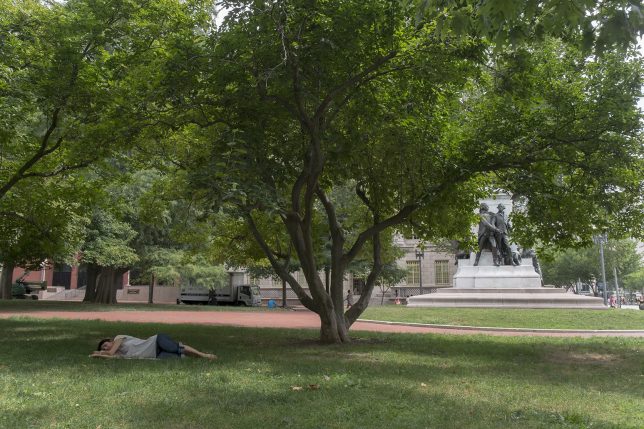 Curtis’ odd odyssey unfolded over a period of four years and involved a staggering amount of travel – one would hope he’d enrolled in a frequent flyer program beforehand. From start to finish, however, Curtis never lost sight of his mission “to send our gaze elsewhere and to favor the incidental over the monumental.” The photo above, taken at the White House on a perfect summer’s day, epitomizes his curious yet enlightening vision quest. 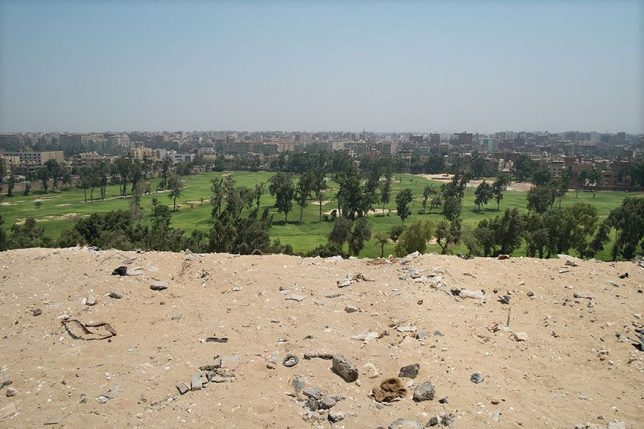 Curtis was inspired to record “counter-views” of the world’s most-photographed places in 2012, while visiting the Pyramids of Giza. Finding an ideal spot to capture the Great Pyramid of Khufu – the largest of the three main pyramids – Curtis glanced back in the direction from which he had came… and one might say he never looked back, er, sort of. “Immediately in front of me and under my feet,” explains Curtis, “the sand of the desert was adorned with an assortment of human detritus; litter, pieces of rusted metal, a large rubber washer and a torn hessian sack. Then, in the mid-distance I saw a newly constructed golf course, its fairways an intense green under the late morning sun.” 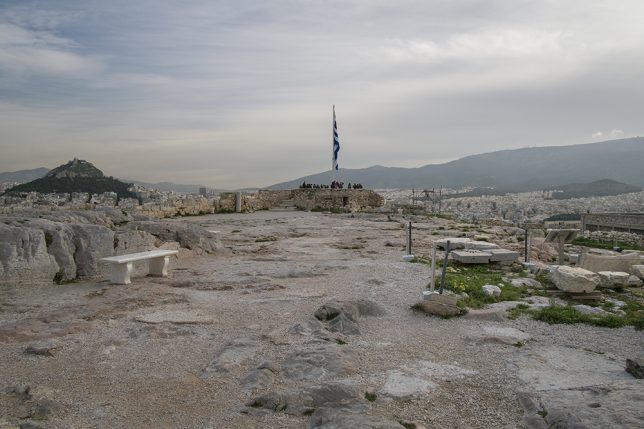 “I found this visual sandwich of contrasting colour, texture and form intriguing not simply for the photograph it made but also because of the oddness of my position;” adds Curtis, “standing at one of the great wonders of the world facing the ‘wrong’ way.” Though the locations may differ (that’s the Parthenon in Athens, Greece, above), Curtis’ photographic subjects evoke certain similarities due to they’re being cheek-by-jowl to greatness. Take the white stone bench in the image above: if you didn’t know it shared real estate with one of the world’s most iconic structures, it would seem perfectly at home in most any suburban garden. 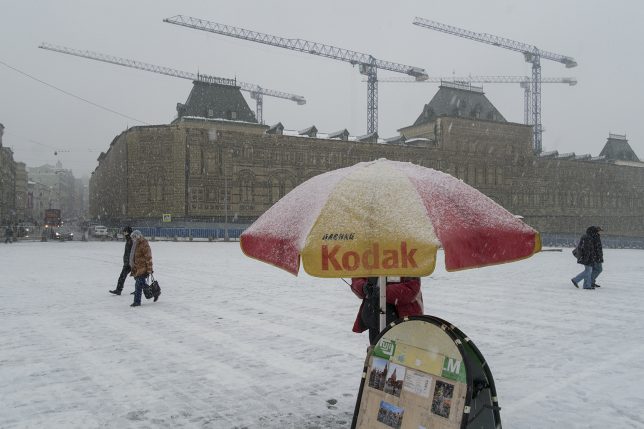 In a world too-often suffused with the profane, these photographs provide a refreshing atmosphere of the mundane by being the antitheses of the associated famous construction. This works on a number of levels: no doubt Lenin would spin in his tomb if he knew a Kodak kiosk was conducting capitalism just outside! 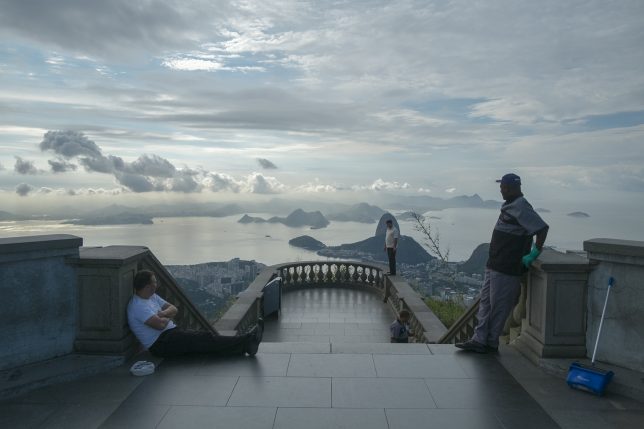 Far from being overshadowed or perhaps because of it, these images display a subtle narrative all their own. Indeed, these reverse-views spotlight actual locales where workers and random folks display a palpable lack of awe; the consequence of daily exposure (or over-exposure, more likely) to what the rest of the world has put on a pedestal. Speaking of which, the trio above appear oblivious to Rio de Janeiro’s enormous Christ the Redeemer statue looming over them.