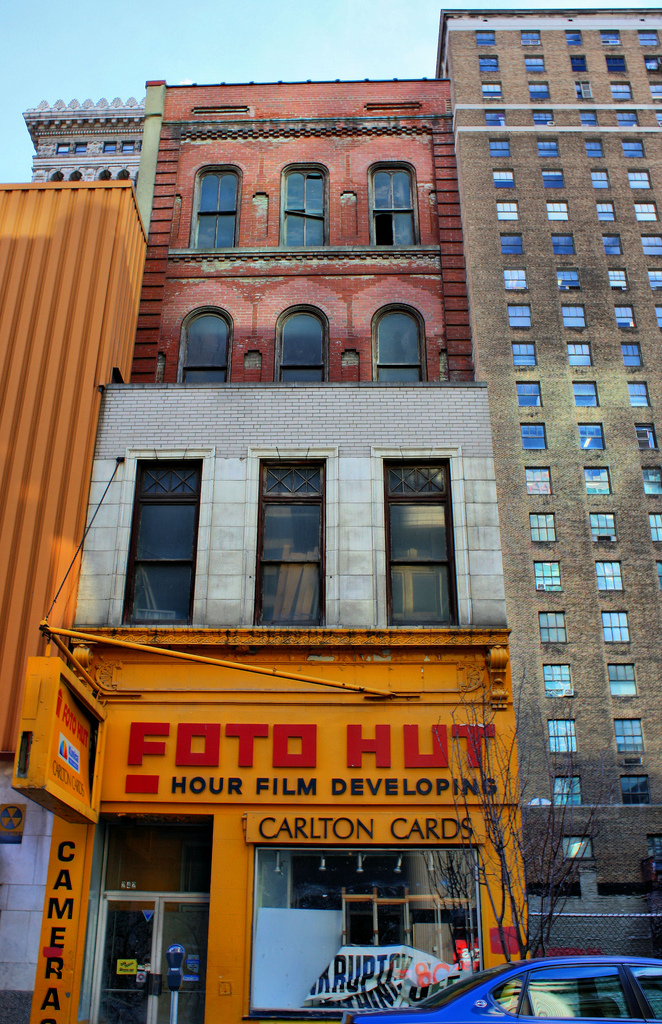 Now here’s a developing story… NOT! The long-abandoned Foto Hut on Forbes Avenue in downtown Pittsburgh sold cameras, film and greeting cards while promising to develop film in an unknown number of “hour” – well, either “one” or “24”, it’s hard to tell from the red rectangle on the Kodak Yellow sign. Kudos to Flickr users strawbrryff and john (J Blough) for capturing this frozen-in-time, eternally bankrupt abandoned camera store in November 2010 and February 2011 respectively. 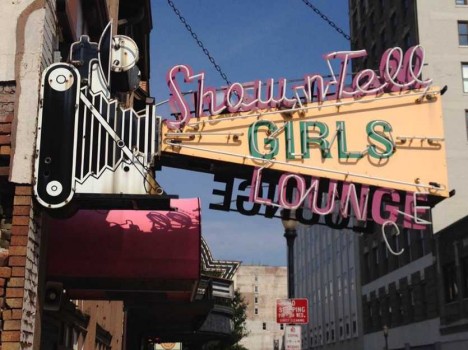 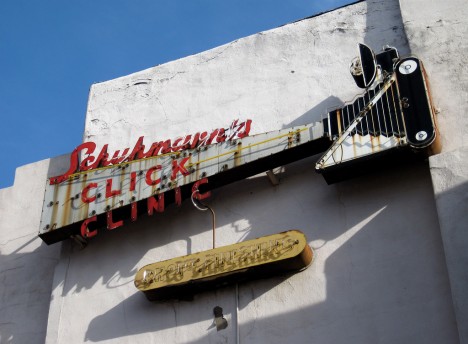 Once a one-stop-shop for Louisville, Kentucky’s photo fans, Schuhmann’s Click Clinic opened in 1946 and its eye-popping animated signage dates from the early 1950s. Schuhmann’s kicked the bucket in 2001, however, and the sign out front was modified to advertise the store’s new tenants: the Show-N-Tell Showgirls Lounge. No cameras allowed, we’re guessing. 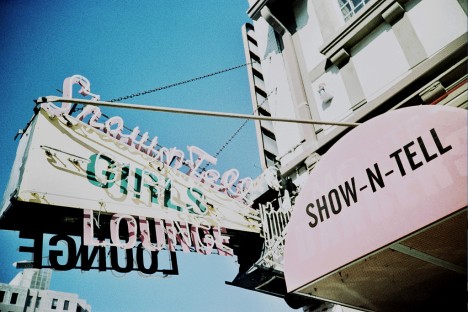 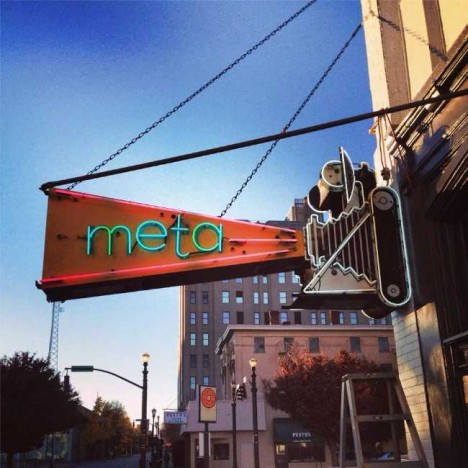 Takes a licking and keeps on clicking? Both the club and the subsequent owners, the circa-2013 Meta bar, cleverly modified the front signage while completely ignoring the former camera store’s other sign, mounted on the back of the building overlooking the parking lot. 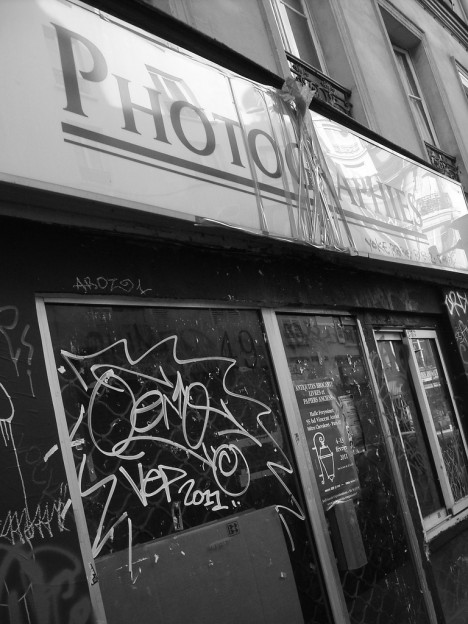 Flickr user Who Cares? (busy.pochi) snapped this abandoned Photographies camera and book store in February of 2011, and it didn’t take long for graffiti taggers and handbill posters to take advantage of the stores neglected status. One would think a city as photogenic as Paris could support at least a few camera stores. 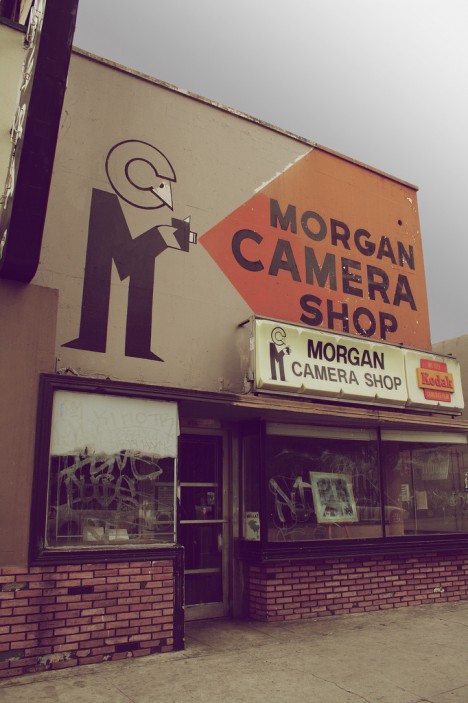 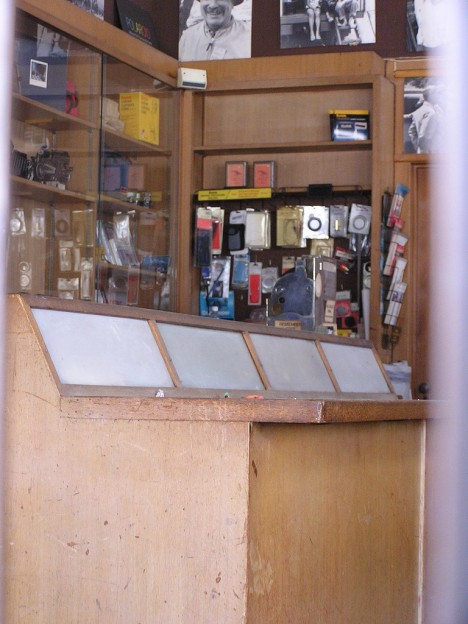 A Hollywood landmark since the 1930s, Morgan Camera Shop finally gave up the ghost a few years into the twenty-first century. Boasting an idyllic location amongst Hollywood’s iconic tall palms and a sign influenced by Bauhaus architecture, Morgan Camera played a large roll in introducing 35mm photography to the United States from Europe. 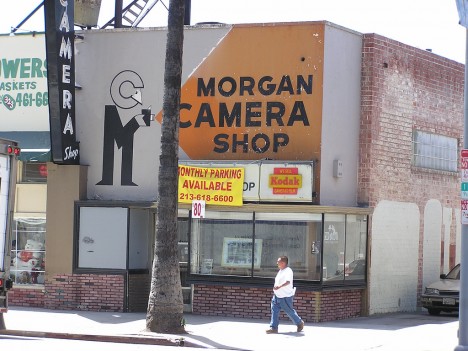 Morgan Camera exists in an odd sort of limbo – closed to be sure, but otherwise left pretty much alone inside and out thanks to the efforts of the Morgan family, members of whom who still own both the shop and the building.