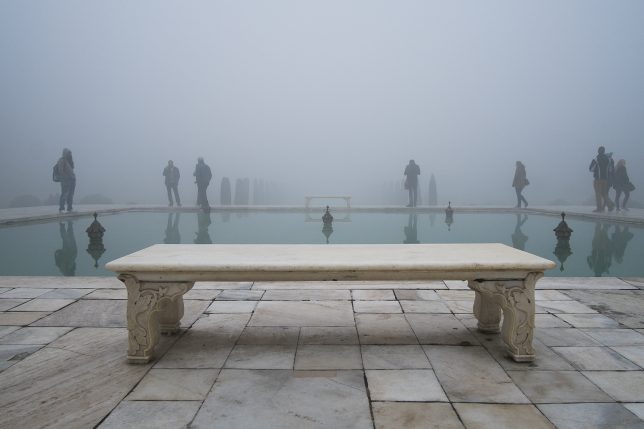 Oliver Curtis flexes his photographic chops in his Volte-face series of reverse-view images, and his shot of the Taj Mahal in Agra, India displays the photographer’s appreciation for his subject. Despite the cultural landmark not actually appearing in the photograph, this image is still suffused with the aura of the iconic structure and its romantic backstory originating in the mists of time. 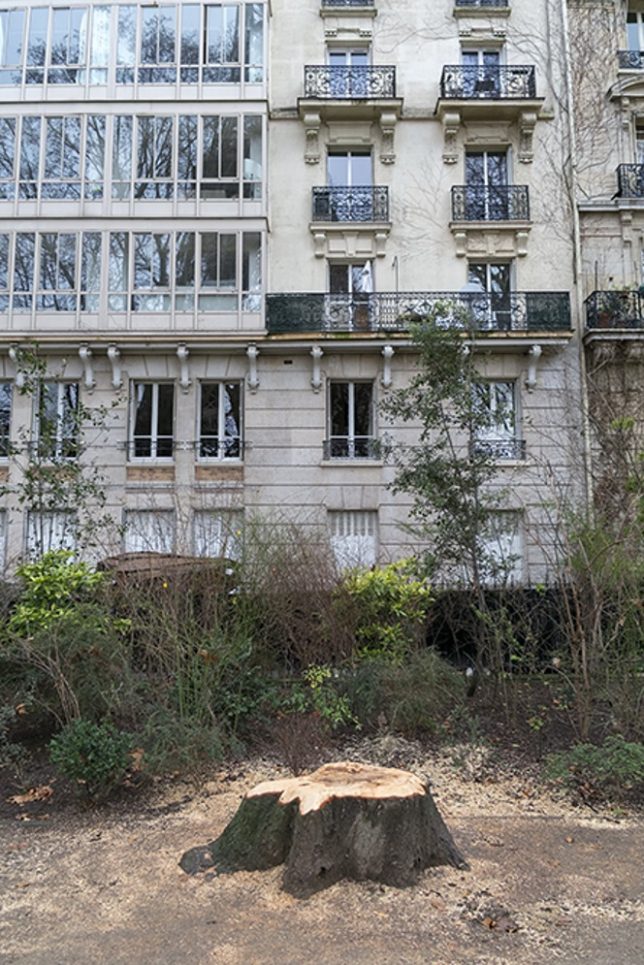 Sometimes Curtis’ photographs hint at unknown stories buried beneath the weight of the obvious. Take the shot above, taken at a 180-degree angle from one of the Eiffel Tower’s most favored vantage points. Who will tell the story of the once large and ancient tree that, by the fresh cross-section and scattered sawdust, was chopped down rather recently? Not Curtis… but if he hadn’t taken this photo, this cut-down Parisian tree would remain completely anonymous. 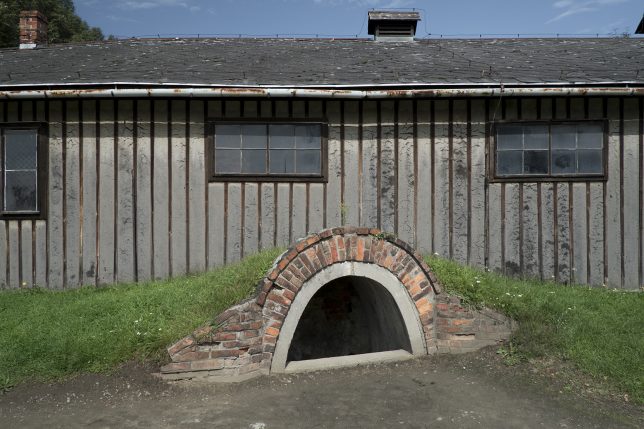 Just reading the word “Auschwitz” evokes a mental image of the notorious Nazi concentration camp’s mocking Arbeit Macht Frei front gate and its foreboding frowning gatehouse: because most photographers snap that scene to symbolize the place’s pervasive atmosphere of evil. Oliver Curtis, however, aimed his camera in the opposite direction and captured another, yet much less seen, architectural frown in the form of an otherwise unassuming brick culvert. 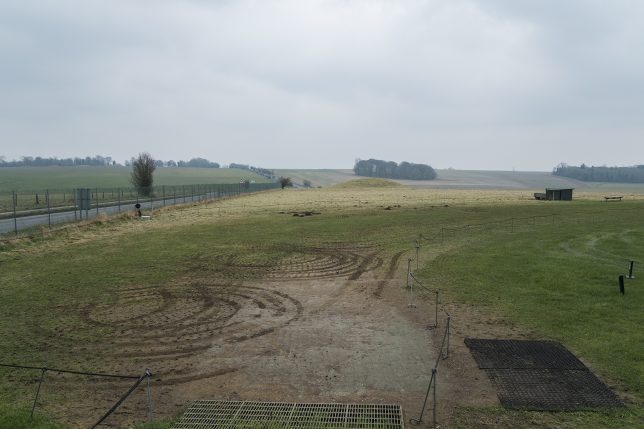 Some say the journey to Stonehenge is one of the most tedious trips a tourist can take, making the iconic stone circle itself stand out even more. Curtis’ view back from the prehistoric standing stones captures both the monotony and the vast expanse of the pastoral Wiltshire countryside which, like Stonehenge itself, has changed little over the centuries. 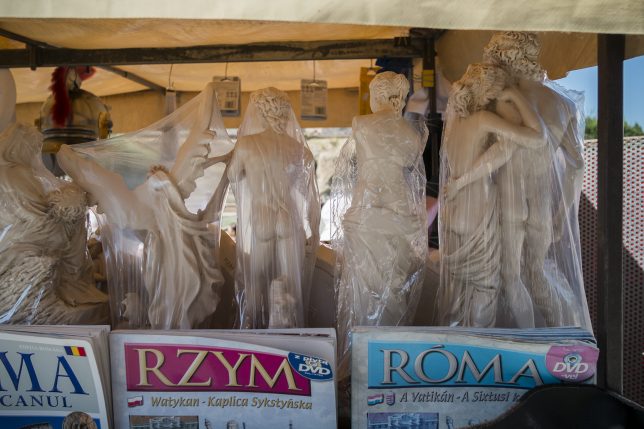 Urban environments, on the other hand, can prove challenging to photographers who seek out counter-views of much older monuments in their midst. Take the Colosseum in Rome, for example: almost every structure around it was built at a later date leaving little free space. Curtis’ photograph of the ancient Roman amphitheater’s surroundings are thus rather cramped, yet are steeped in the aura of modern tourism at its tackiest.