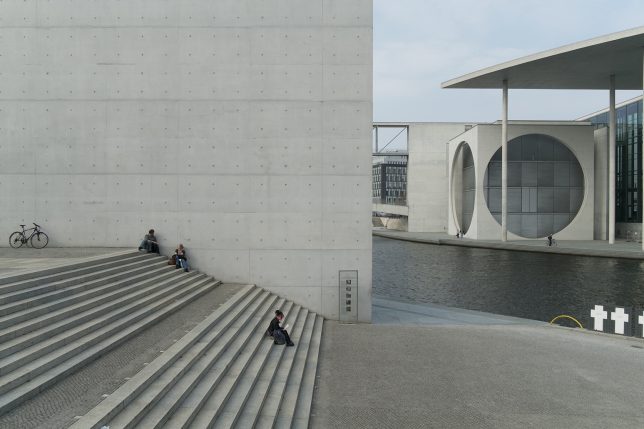 The relaxed and peaceful aura emanating from the above counter-view photograph of the Reichstag in Berlin, Germany belies the building’s troubled history. The scene epitomizes what Curtis hopes to achieve with Volte-face – show a different side to locations burdened with preconceived notions of their essential meaning in a historical context. 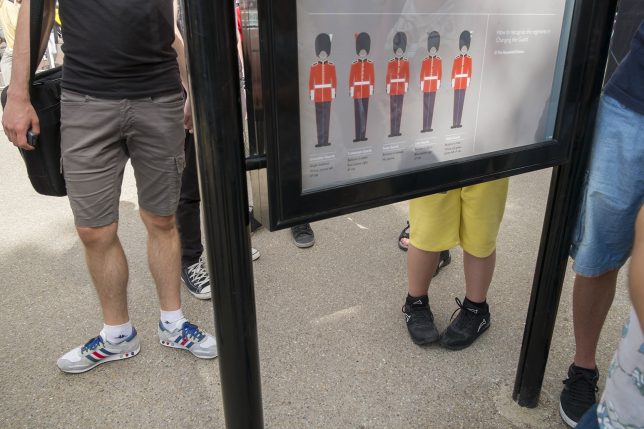 Look one way and you’ve got the elegant British Royal Family waving from an ornate castle balcony; look the other way and you’ve got her subjects, splendidly decked out in casual shorts and sneakers. Curtis did his best to reflect the expansive glory of London’s Buckingham Palace given the limited space in front of the grandiose old edifice. As for the Royals themselves, maybe their close proximity to the hoi polloi has helped the monarchy keep their heads while others – we’re looking at you, Marie Antoinette – have lost theirs. 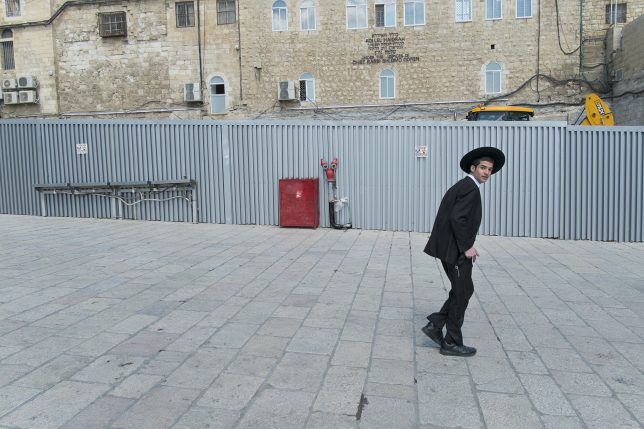 Opposite the Wailing Wall in Jerusalem one finds… another shorter, smaller, much more modern wall. Who knew? Looks like it’s walls all the way down. Well, thanks to Oliver Curtis we now know what lies behind one of the world’s most enduring attractions. 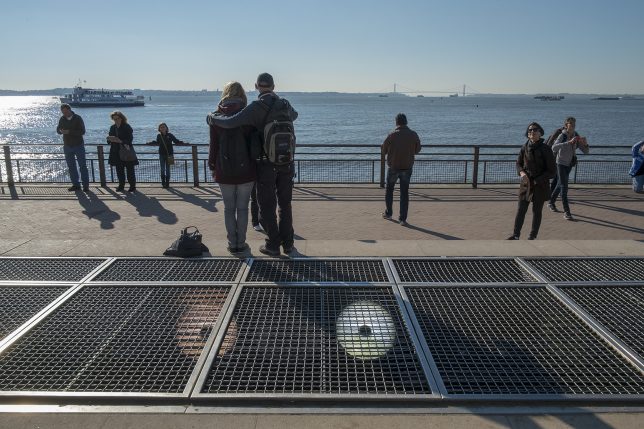 It would seem Oliver Curtis isn’t the only one who can appreciate the view AWAY from the Statue of Liberty. That said, the photographer chose a lovely day to snap the scene above and visitors can find much to treat their eyes even without Miss Liberty dominating the view. 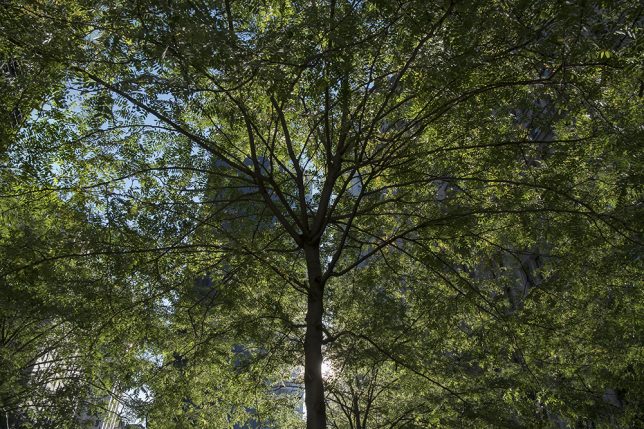 Like a phoenix rising from the ashes, this lush grove of trees reaches skyward from what 15 years ago was a no-man’s land of toxic dust, smoke and ruin. We’re at Ground Zero, where the World Trade Center once stood in the heart of Lower Manhattan, New York City. Curtis’ evocative counter-view photo shows us the other side of the coin, so to speak, and in doing so reflects the hope for a brighter future.

Oliver Curtis’ Volte-face portfolio will be published by Dewi Lewis later in 2016 and a selection of these photographs will be featured at the Royal Geographical Society September 19th through October 14th, 2016.