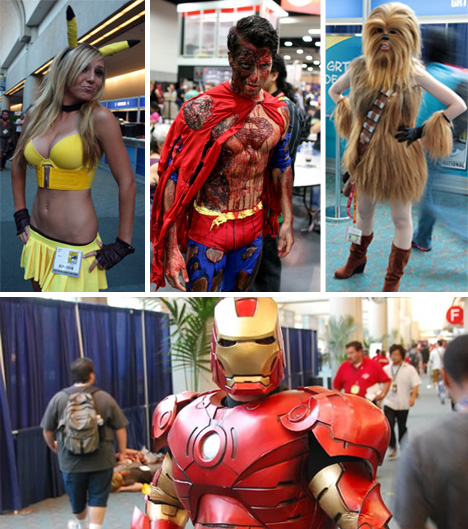 The elevation of Comic Con from a niche event for super dorks into a stage for the launch of national products and films, has had one unintended consequence: cosplaying, a staple of all conventions, has become extremely competitive. Costumes for everything from Comic Con to Halloween have become fantastic. 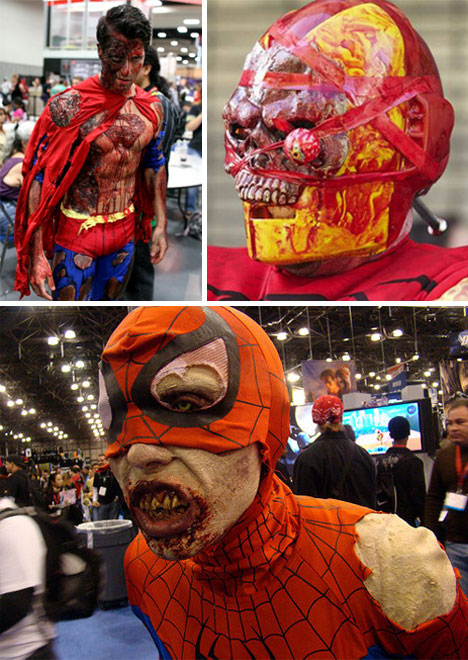 Turning superheroes into zombie versions of themselves has become more popular in recent years. Above, one can see a Superman who has had better days, and the horrifying visage of Iron Man, whose protective suit clearly wasn’t enough to keep him from being bitten. The same goes for Spider-Man, who you would expect could escape the zombie hordes. 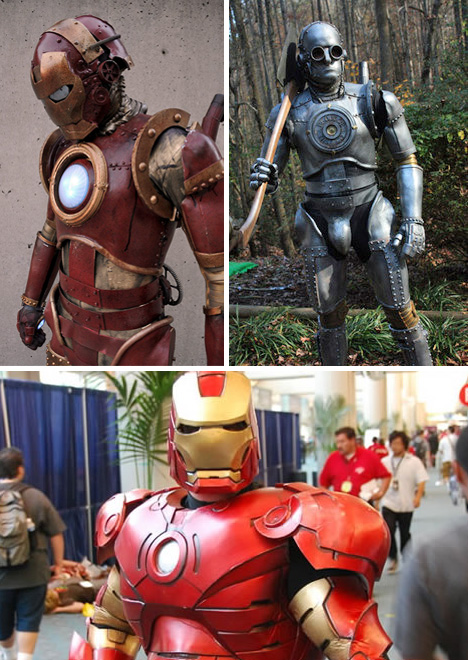 Iron Man is one of the Marvel favorites, and as such he holds a special place in the heart of costumers. Above, we have examples of a steampunk Iron Man with a more vintage look, followed by a stunningly creative vision of Iron Man as a modern Tin Man, an amazing hybrid with the character from the Wizard of Oz. Lastly, a more traditional Iron Man that would still blow away most costume competitors. 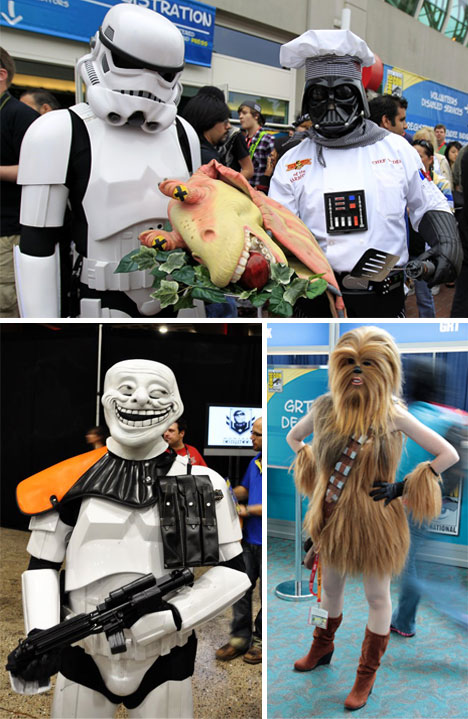 Star Wars has now been around long enough to force people to be really creative to stand out from the crowd. Showing disdain for Jar Jar Binks from Episodes 1-3 of the franchise is one way to get a lot of cheers. A female Chewbacca adds an interesting twist to a character who is usually only attempted by extremely tall and large male fans. A troll face stormtrooper is a hilarious mix of meme and traditional fandom. 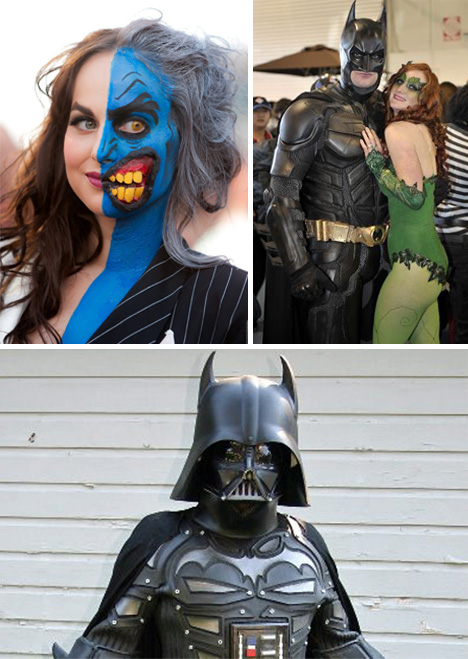 The Batman franchise has been reinvigorated with the release of the newest trilogy, and an upsurge of Batman costumes has followed. Above we have an awesome female version of Two-Face, a traditional and very well done Batman and Poison Ivy, and Darth Batman, a hilarious mix between Vader and Batman. 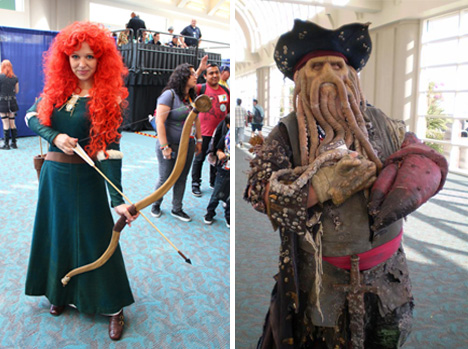 Disney films may not be as niche as a lot of fan favorites, but the costumes are still incredibly popular. The film Brave already has cosplayers taking on the role of Princess Merida and an incredibly accurate Davy Jones from Pirates of the Caribbean: Dead Man’s Chest. 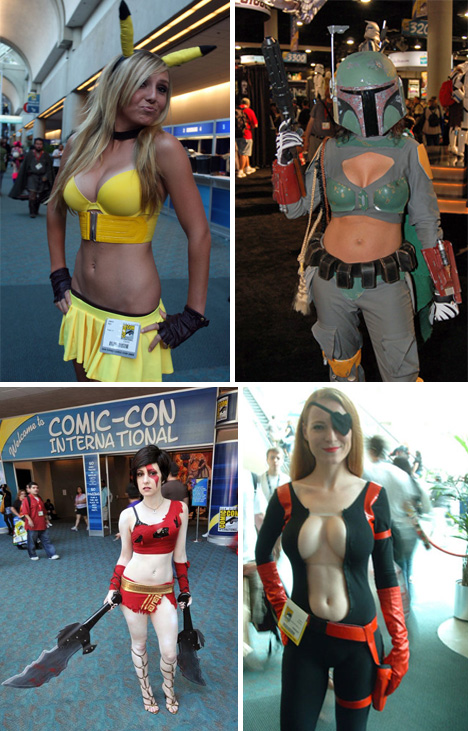 A surprising number of girls like to strut their stuff at comic conventions, turning every conceivable character into something that can show off a little cleavage. Above we have a loose interpretation of the Pikachu Pokemon character, a female Boba Fett from the Star Wars films, a vixen side character from Venture Bros, and a lady version of Kratos from the God of War videogame series.