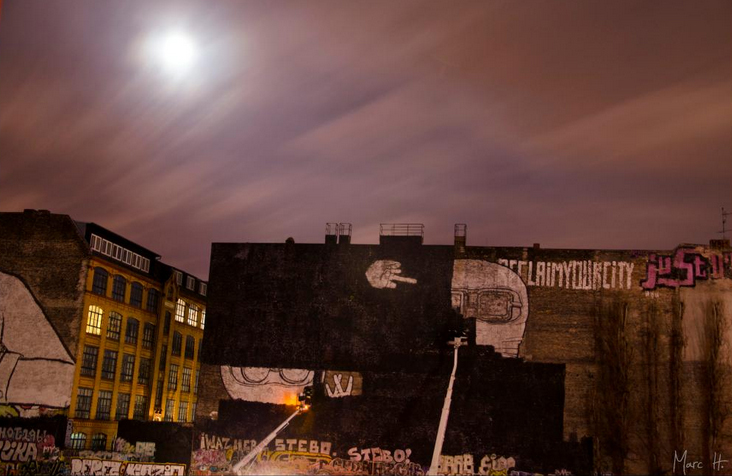 A huge multi-building work of art has been painted over in the Kreuzberg neighborhood of Berlin, reportedly at the behest of the artist BLU himself as a reaction to the clearing of an adjacent tent city and plans to build condos next to (and with views of) the mural.

In the course of painting the walls black, a hand was temporarily left in place with its middle finger up (as shown in the first image above) – this aggressive gesture can be interpreted as a broader commentary about gentrification in the neighborhood or a specific reaction to the residential project next door.

As with any controversial act, this whitewashing (or black-washing as it were) has drawn both praise and criticism. On the one hand, it can be viewed as an attempt to fight development and change, but it also represents the destruction of an iconic work and arguably an act of egotistical self-sabotage.

The mural itself was originally created in 2008, with part of its progress captured in the timelapse video above. It was, from the start, a commentary on economic and social justice as well as gentrification – now it is again, perhaps, but in a different way.