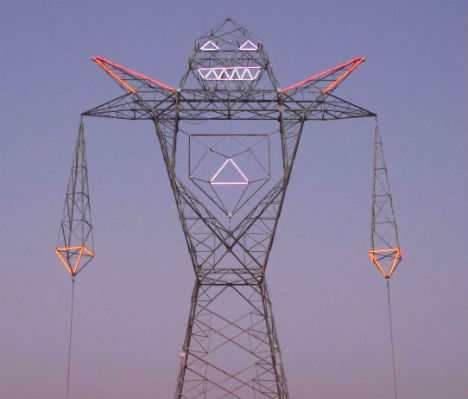 A massive power line tower in Buenos Aires, Argentina now has a glowing face, hands, shoulder spikes and heart thanks to a daring installation by Argentinean art collective DOMA. Known as Colossus, this urban intervention is 45 meters (almost 148 feet) tall. Best of all – the neon is animated. 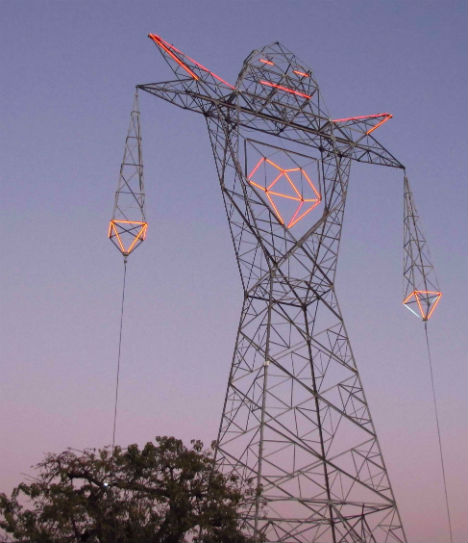 DOMA created Colossus for Tecnopolis 2012, an annual event showcasing Argentina’s science, art and technology. This ‘artistic intervention’ turns a pylon into a luminous robot that stands as a guardian and point of reference in Buenos Aires’ Bicentennial Park. The neon lighting system puts on a show, highlighting the eyes and heart. 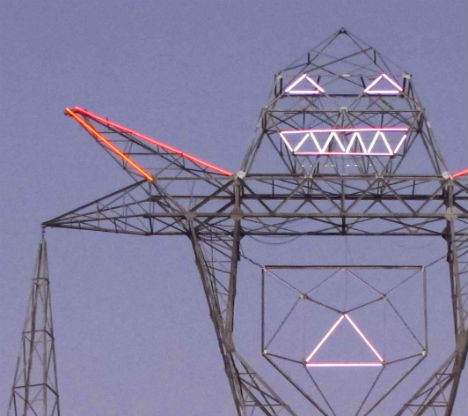 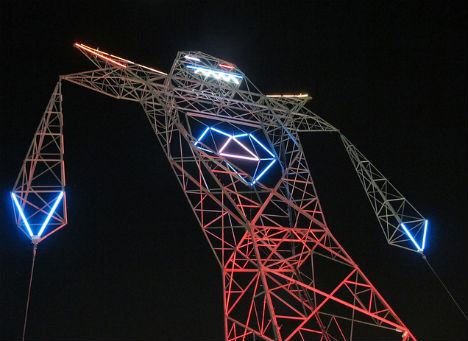 DOMA debuted on the street art scene in 1998 and is known for wacky, attention-grabbing urban installations (like Victima, below) as well as stencils, street projections and strange campaigns verging on performance art. The individual members – Mariano Barbieri, Julian Pablo Manzelli, Matias Vigliano and Orilo Balndini – come from varied backgrounds including illustration, film and graphic design. 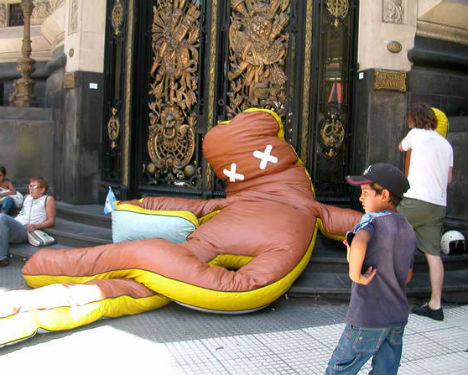 “We could write a book about reactions,” DOMA told Illustration Mundo. “That’s what interests us the most about our work, it’s like we’re addicted to the reactions people have when they see our work. The day of the Giant Dummy in Buenos Aires downtown, it was amazing to see how there were people that would not have any reaction whatsoever, they wouldn’t look at it, they would just keep walking, continuing their said and monotonous routine with their suits and briefcases.” 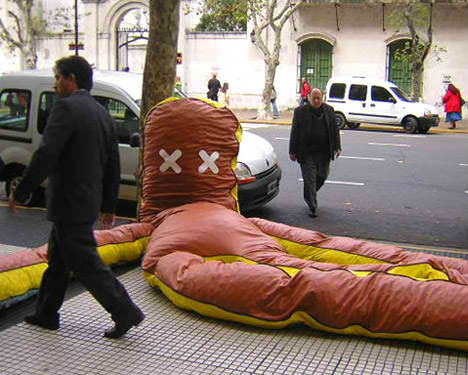 “The ones who paid the most attention were the ‘street kids’ (homeless) that were asking for money or cleaning shoes, they literally stopped doing whatever they were doing to start playing with us for the whole evening. They wouldn’t let us take the dummy away.”