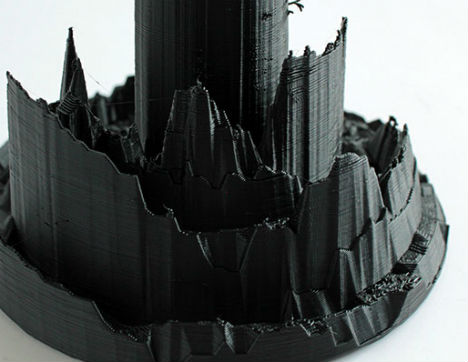 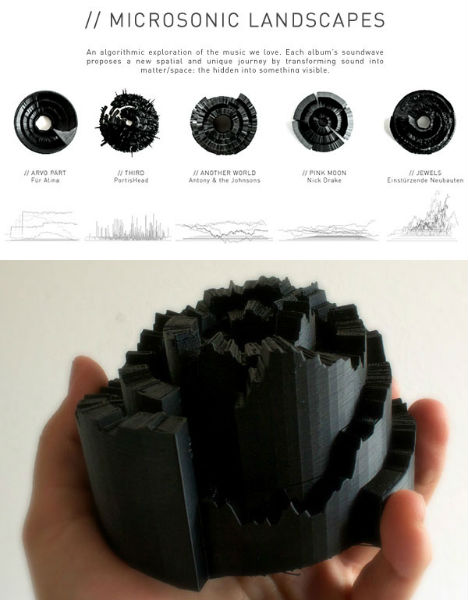 Realität chose ‘Arvo Part’ by Für Alina, ‘Third’ by Portishead, ‘Another World’ by Antony & The Johnsons, ‘Pink Moon’ by Nick Drake and ‘Jewels’ by Einstürzende Neubaten, quite a broad range of musical varieties ranging from gentle classical tunes on the piano to pounding German industrial music. 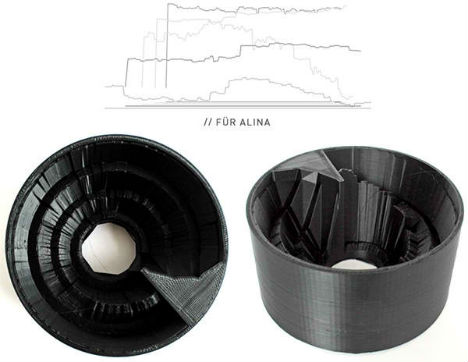 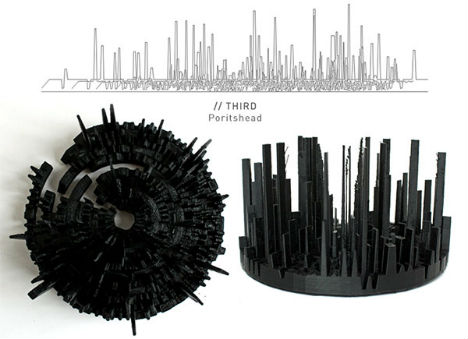 This array of albums has produced dramatic variations in physical representations. While ‘Arvo Part’ is gently inverted like a colosseum, Portishead’s ‘Third’ is spiky, like a series of towers. ‘Another World’ looks like a spiraling staircase. Nick Drake’s ‘Pink Moon’ starts out slanting upward and then falls down steadily in a series of concentric circles. ‘Jewels’ is the most dramatic of all, with its pinnacle calling to mind a dark tower from a fantasy novel. 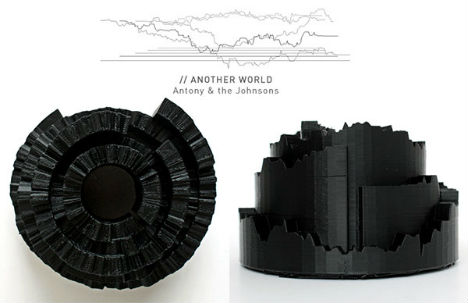 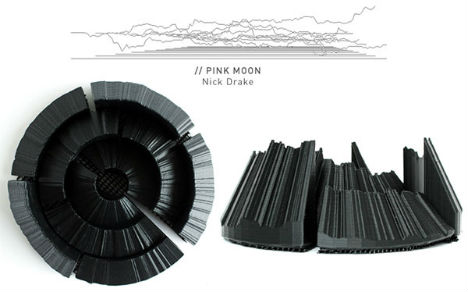 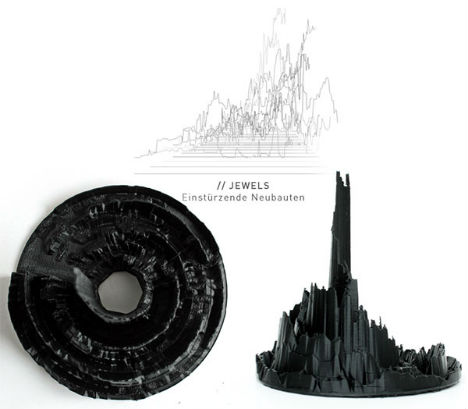 According to Creative Applications, ‘Microsonic Landscapes’ was created using the open-source three-dimensional data visualization programming language Processing, and printed with MakerBot, a machine that can be programmed to print out anything you want in plastic.