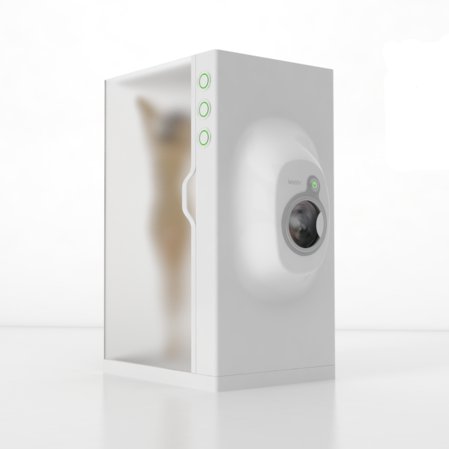 Conserving water is something we should all be concerned with – but it isn’t always easy to do when we’ve got clothes and skin to wash. The WashIt is a concept that makes use of grey water, or water that has already been used but still has some useful life left in it. 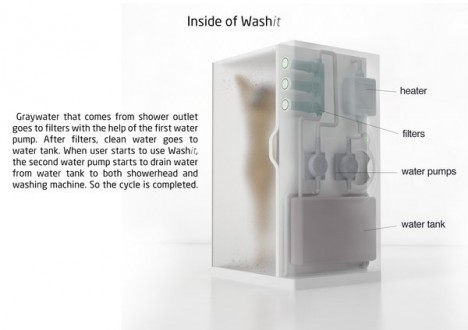 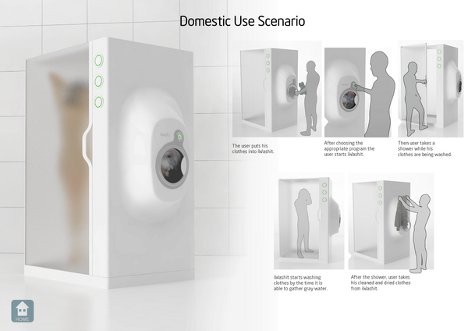 According to the designer, one of his goals in dreaming up the WashIt was to eliminate the gigantic piles of dirty clothes we are faced with on laundry day. By washing a few pieces at a time whenever a household member jumps into the shower, the WashIt could drastically reduce the amount of time and water spent on laundry. 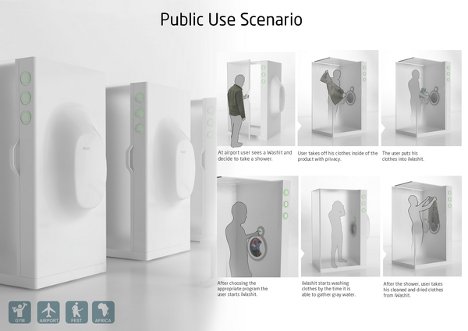 The concept would definitely be useful in the home, but it could also be appropriate for public settings. Gym locker rooms are an obvious application, but the designer suggests that the WashIt could also be used in airports to help weary travelers refresh during layovers. 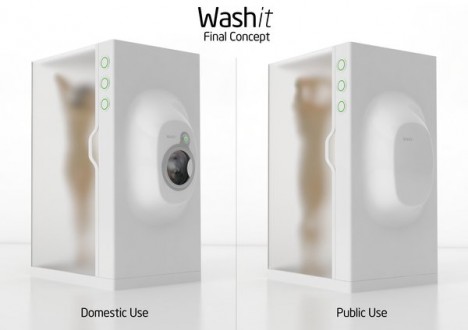 Although the intent of the concept is to cut down on water usage, users of the WashIt would definitely have to be careful to avoid inadvertently using more water. It would be easy to justify an extra-long shower for the purpose of creating more grey water – which would, of course, defeat the purpose of a water-saving appliance.