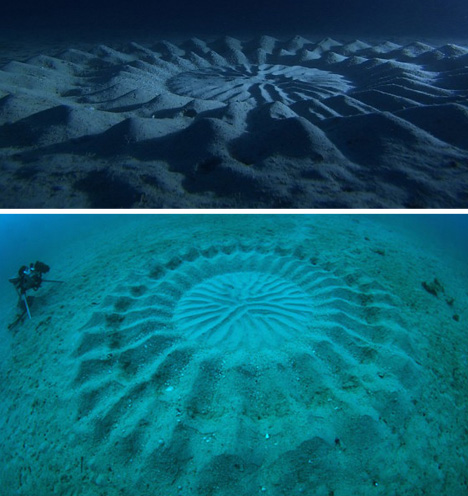 At a depth of nearly 100 feet, what could possibly explain these radially-symmetrical patterns appearing on the ocean floor off the coast of Japan, like some kind of extra-terrestrial snow angel or uncannily-submersed sand castle? 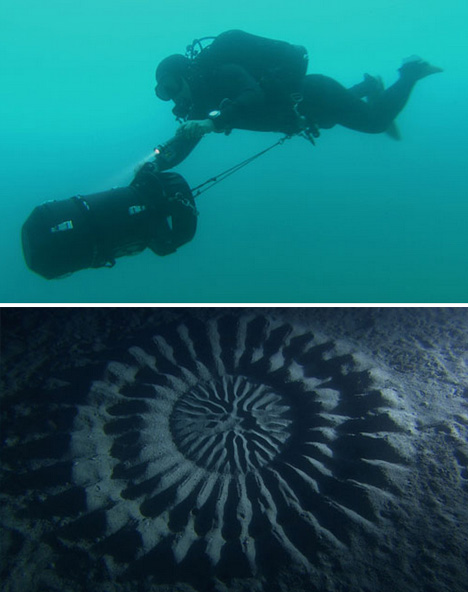 One photographer and diver chose to find out the source of these six-foot-diameter wonders, and documented their submarine exploration as well as the surprise explanation they uncovered – not aliens, nor humans, but an artist native to this exotic habitat.

Yoji Ookata found a series of small male fish working tirelessly, day in and night out, to craft these mate-attracting marvels using a single fin. 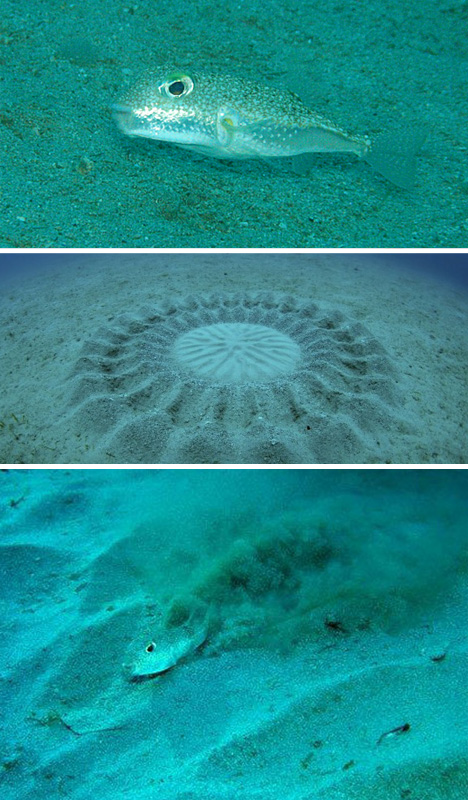 At the center of their organic sand mandalas is the eventual hatching ground for the eggs of the species’ female, lured in by the bumps and grooves of the sculpture. In the end, these surprisingly-human fortifications help protect against jostling currents and potential predators.