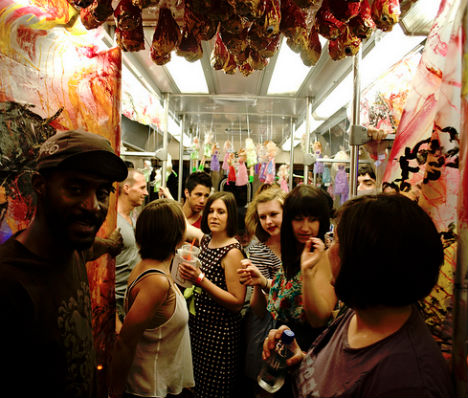 What if art were integrated into the most mundane of our daily activities, like riding the metro to work? For just one day each year, Chicago residents see their metro cars transformed into the world’s largest mobile art gallery for ‘Art on Track’. This annual urban art exhibition gives groups of local artists control of the cars for an evening. 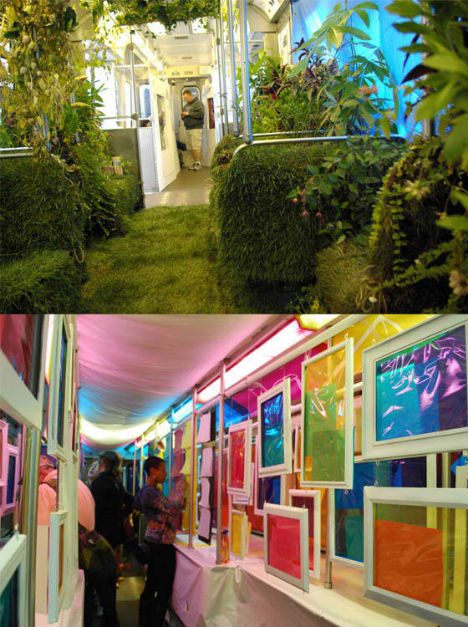 The traveling art exhibit takes over six CTA rail cars, each with its own individual theme. Installing the work is a major challenge, since the artists can’t leave any permanent marks on the cars, requiring them to get creative with suction cups and tape. 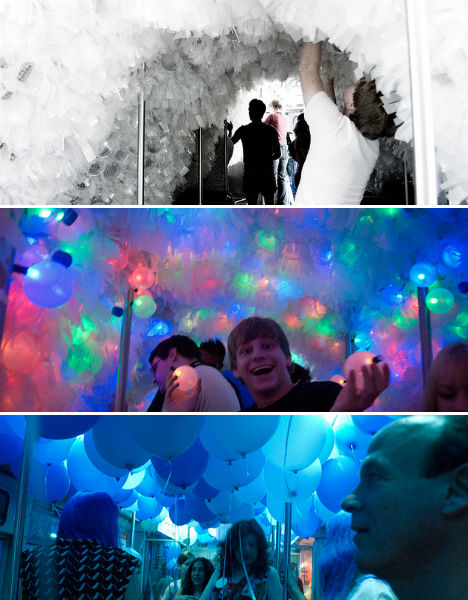 Passengers in the gallery are encouraged to explore each train car, engaging with the artists and artwork. The trance circles the ‘Loop’ elevated track in downtown Chicago, making stops for people to switch between cars to see it all. In addition to those who come out specifically to see the exhibition, thousands of commuters taking the trains home from work get an up-close-and-personal view of the installations. 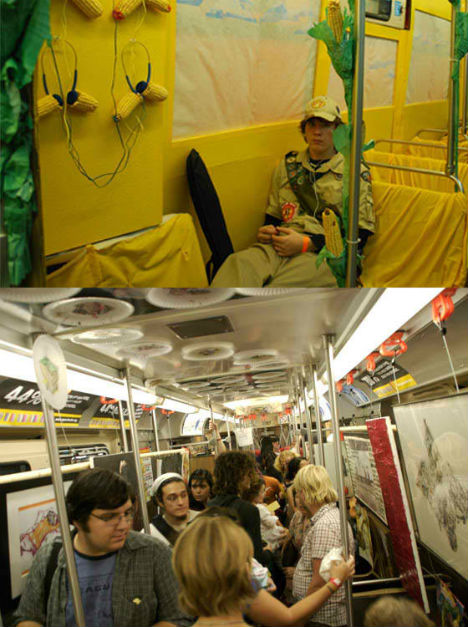 Organizer Tristan Hummel told The Huffington Post, “Increasingly, artists have been addressing the space and using it’s natural systems to play into their train car. For example, this year one of the train cars is going to be a mini film festival. The train car has two doors which open to let people onboard the art exhibition. If you enter through one you enter the film festival screening area which has been decked out to look like a movie theater. You can sit down and watch a four-minute film. If you enter through the other train door you enter an area that is partitioned off form the screening area. In this part of the train we are rotating in and out young directors who will be making four-minute films using our audience as actors.” 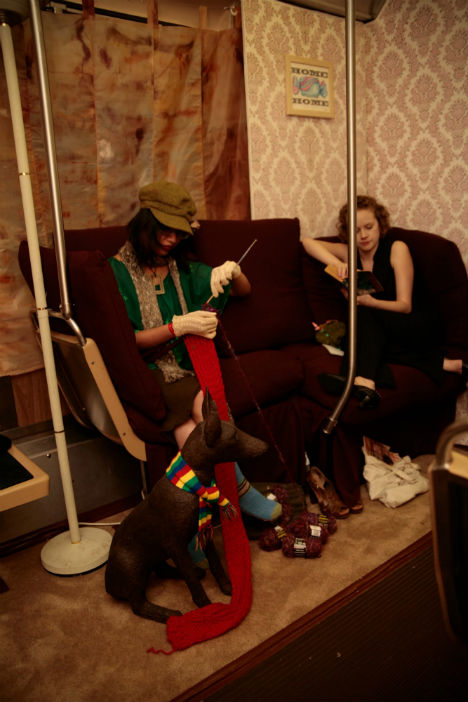