The new Freezeway pilot project now live in Edmonton aims to draw residents out of hibernation, encouraging them to skate along an iced trail system slated to double as a seven-mile commuting corridor. 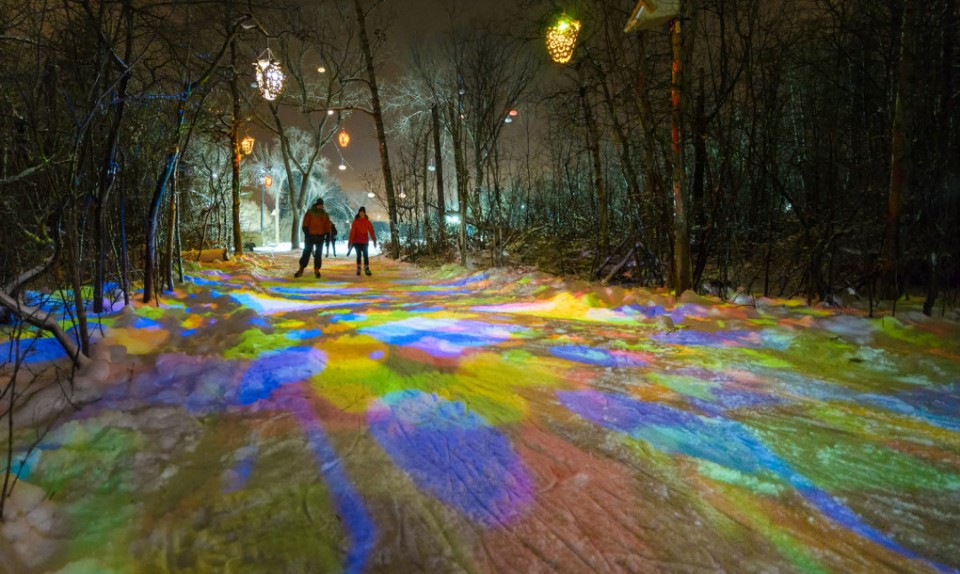 What started as a landscape architecture student’s conceptual project has already become a 1,300-foot ice pathway in winter that also serves as a bike route during the summer. 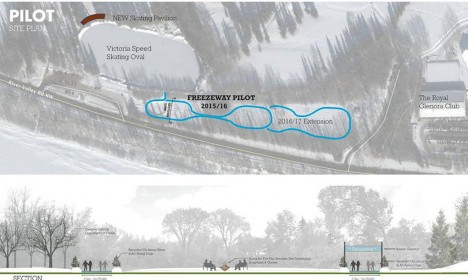 The vision is well-adapted to the conditions of the city, which faces below-freezing temperatures for up to five months out of the year, and has been nicknamed Deadmonton for its lack of wintertime outdoor activity.

The opening of the first stretch of Freezeway has been accompanied by a disco-style light show of rainbow colors projected onto the frozen path.

From the designer: “This project is not meant to be a tax payer’s burden. The Freezeway is meant upgrade city infrastructure for a multitude of uses, potentially doing wonders for the redeveloping City’s core, our international reputation, as well as attract investment into the City. The proposed route exists entirely on existing City infrastructure; the land is already secured. The numerous character areas along the route could be developed in phases, lending themselves well to private funding/sponsorship, like Calgary’s GlobalFest, or Vancouver’s Festival of Light fireworks shows, funded by donations of over 1 million dollars annually.”