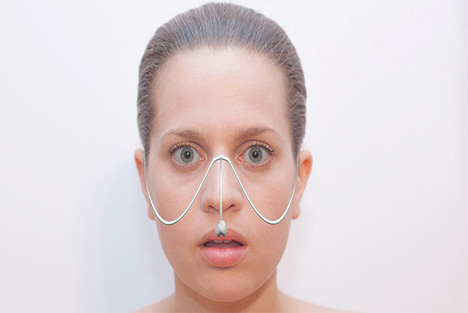 Drive around any mid-size to large city and you’re destined to find a number of food trucks. In recent years they’ve become almost as ubiquitous as traditional stationary restaurants. A truck called GhostFood is throwing a very unusual hat into the ring by offering their customers not real food, but the experience of food. 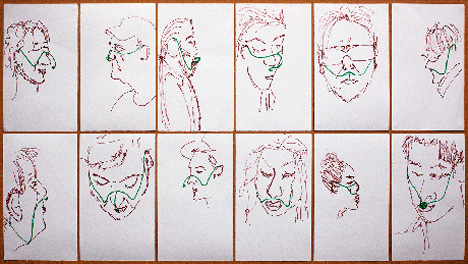 GhostFood, a “participatory performance” from Miriam Simun and Miriam Songster (yup, a double-Miriam team) is meant to simulate the experience of eating foods that could soon be extinct. A 3D printed headpiece attaches to a visitor’s face just like glasses and replicates the olfactory profile of certain foods. A substitute edible substance with a texture identical to the “ghost food” is provided. The scent and texture combined trick the mind into believing that the actual food is being consumed. 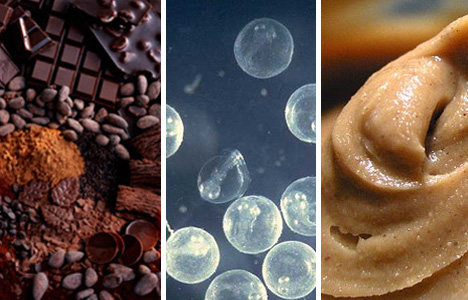 The project is meant to increase awareness of the possible future of food. The GhostFood truck will serve up the experiences of eating cod eggs, peanut butter, and chocolate – all of which face the possibility of disappearance due to climate change. In the case of cod eggs, changing seawater salinity is increasingly causing them to sink rather than float, making them both inaccessible to humans and unable to hatch and form the next generation of cod. 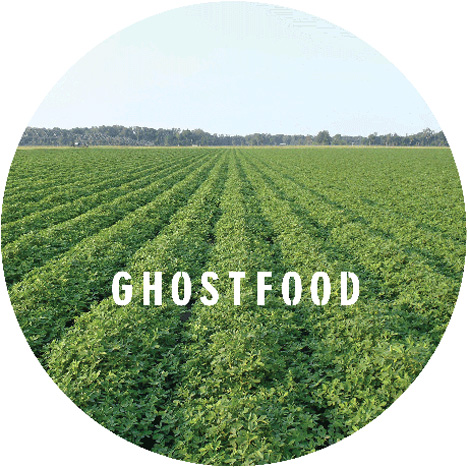 Peanuts are affected in multiple ways by climate change. Drier growing periods mean that it’s more difficult to harvest the peanuts, and shortened winters cause a mold called aflatoxin. The mold doesn’t actually harm the peanuts themselves, but it is toxic to humans. Chocolate is in a delicate situation thanks to drought, deforestation, and changing global temperatures. Although the artists are drawing attention to the unstable futures of these foods, they aren’t trying to educate or preach a certain ideology. Their goal is simply to demonstrate what our eating experiences might be like in the future when our favorite foods are no longer available on supermarket shelves.