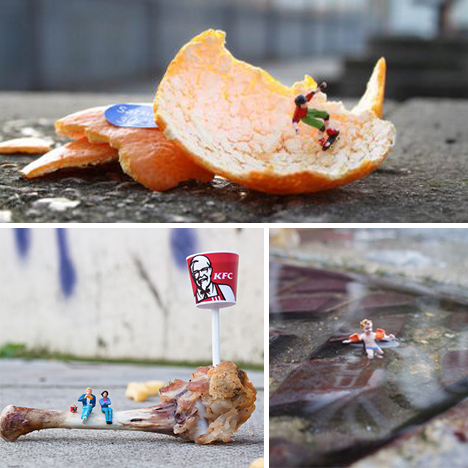 Slinkachu is a UK-based artist who creates tiny scenes on city streets that are both humorous and compelling. He photographs each scene and then leaves it to be discovered. 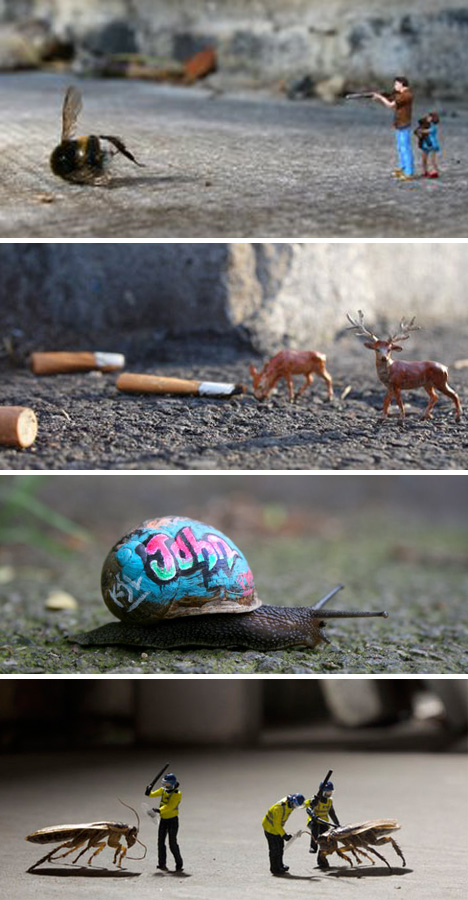 The urban-dweller’s relationship with wildlife is depicted interestingly in Slinkachu’s photos, with a humorous twist. A father defending his child from a bee takes a bit of a heavy handed approach that actually depicts a fairly typical reaction to bees during the summer. Deer struggle to integrate into an environment that’s not quite as clean as the pristine forests they’re known to inhabit, and of course a snail would find itself tagged with graffiti. It’s difficult to say whether the roaches in this photo are depicting protesters, or the actual fight against infestation. 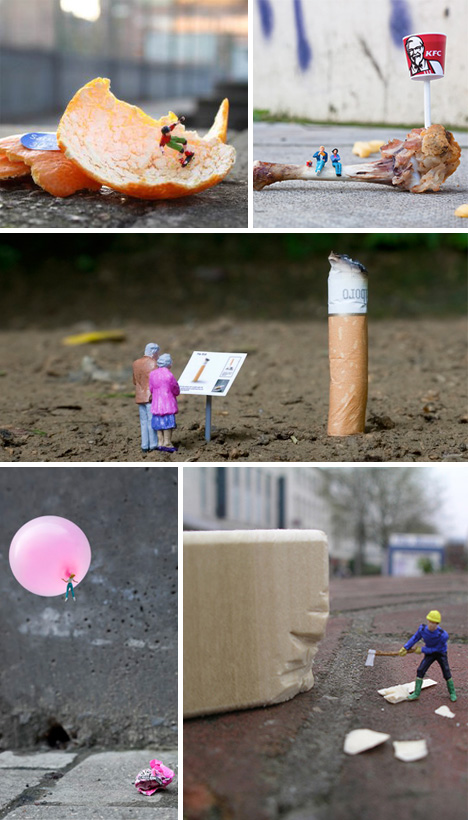 In the tiny world that Slinkachu inhabits, people do the same thing they do in our much larger spaces. A creative skateboarder uses the environment to create a great half pipe, people visit KFC for a quick lunch, and an outdoor sculpture stands tall with a plaque describing the artist’s intent. There’s work to be done so a man studiously chops wood in one photo. The final photo depicts the hilarious scene of a little girl literally being carried away by the size of her bubblegum bubble. 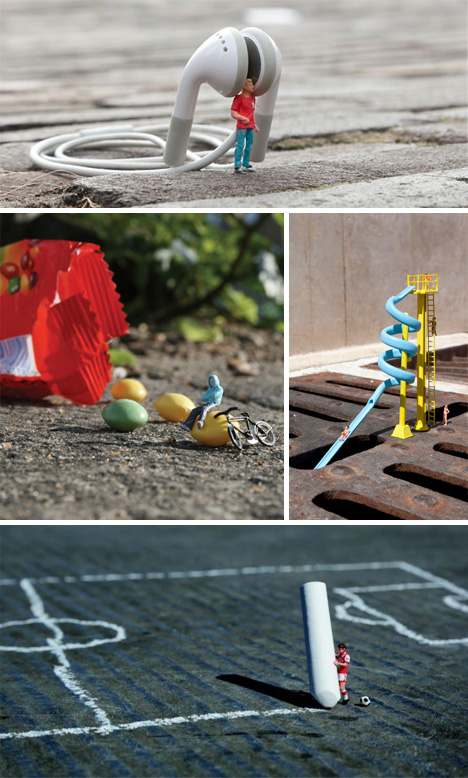 It is fun to imagine how a little world would deal with its limitations. In a comic take on the typical urban dweller, Slinkachu portrays a tiny man struggling with his earbuds, while a family takes a trip to the local waterpark… at a storm drain. No soccer field? No problem – a little chalk solves that problem. In this tiny world, a kid walking around with a bag of Skittles turns into a kid sitting on Skittles. 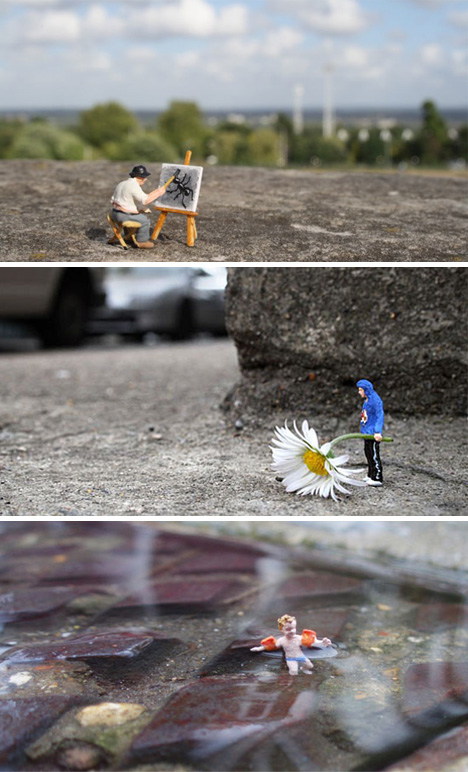 It would be really enjoyable to stumble on one of Slinkachu’s miniature scenes. Whether it’s a painter carefully crafting his ant portrait, or a romantic who grabbed a flower for his significant other, it pays to be more aware of one’s surroundings. Even a puddle on a sewer cover could house a mini art installation; in this case, a boy enjoying a summer swim with his floaties on. 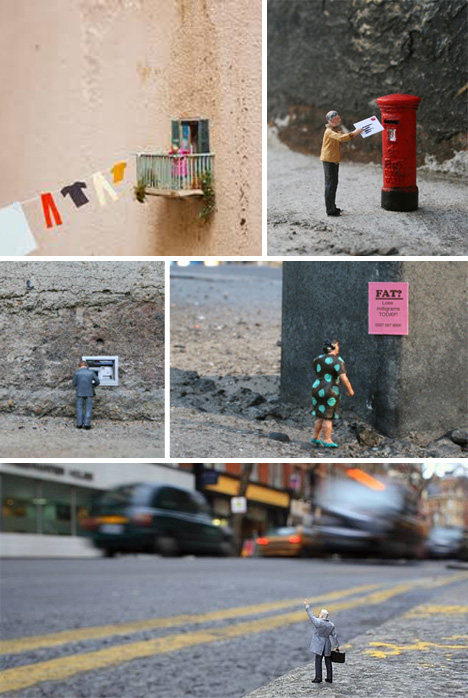 Normal city scenes take on a whole new level (literally) when brought down to a comically small scale. These miniscule urbanites might just be painted railroad props, but they still need to dry out their clothes, mail letters, lose weight, hail a cab, and go to the ATM for some cash. They are not so different.