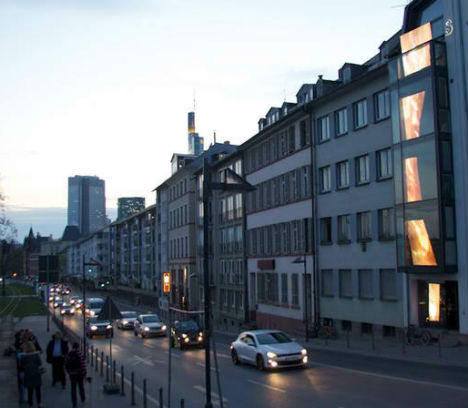 A five-story ‘veil’ of light situated along the river Main in Frankfurt, Germany billows and contracts according to users’ finger movements on their smart phones. ‘Photophore’ was installed at the Seven Swans restaurant, bar and hotel for the annual Luminale festival of light, inviting passersby to literally change the fabric of their urban environment. 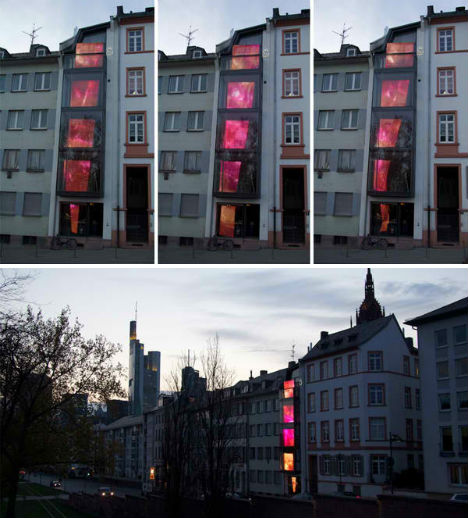 A collaboration between Kollision, Martin Professional and light designers Katja Winklemann and Jochen Schröder, Photophore is an interactive media facade consisting of five illuminated panels mounted on the exterior of the building. It’s named for the light-emitting organ found within certain deep-water marine animals. 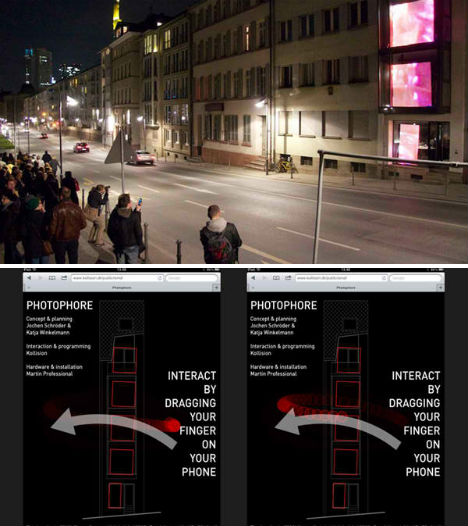 Onlookers scan a QR code on the side of the building, which accesses a website enabling them to control the installation. Swiping across the screen causes the ‘fabric’ to be pinched, pulled, pushed, poked and twisted. 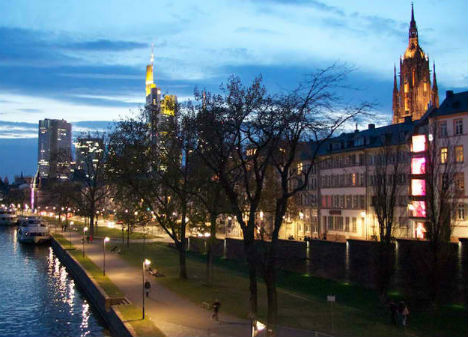 See a video of Photophore in action at Vimeo.