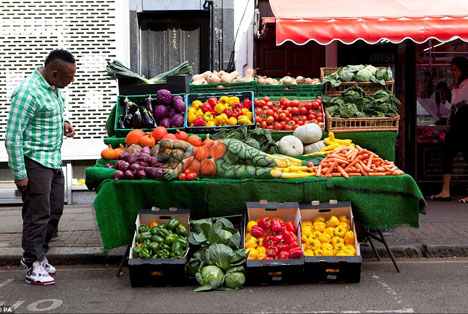 Illusion relies on expectation – we glance but only glimpse what is familiar and the rest blends neatly into the background, particularly as we go about our busy lives in a bustling urban center. 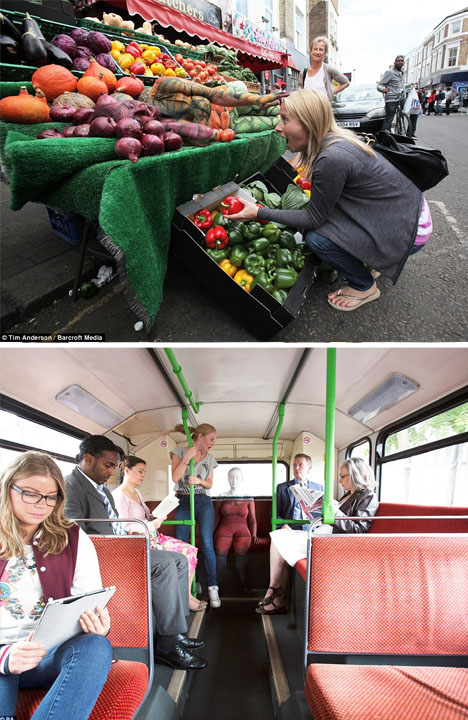 As nifty as these body-painted costumes by Carolyn Roper (via DailyMail) are, the reactions of passers by are the best part – a shocked bus rider or fruit-stand shopper caught in their moment of surprise by waiting photographers. 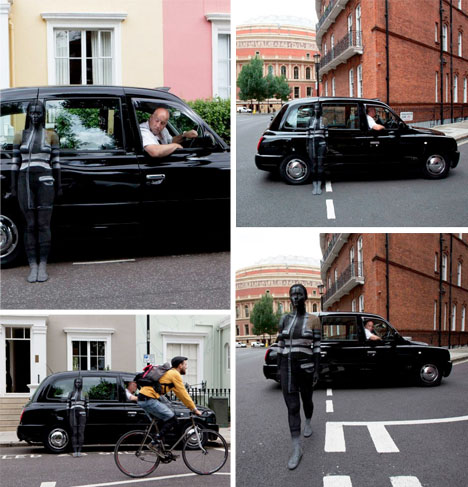 To complete the spectacle, every element is critical, from the lines of reflection on a vehicle to the details of fresh vegetables drawn on to carefully mimic tomatoes, beets, pumpkins and lettuce. 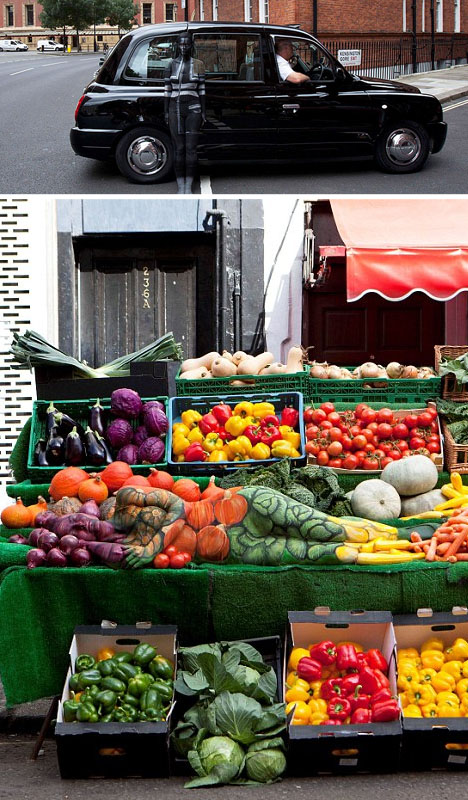 The stunts were a marketing move by Really TV for a CIA drama titled Covert Affairs – it is hard to say how well such guerrilla marketing campaigns translate to new viewers for television shows, but thanks to publishers picking up the story, well, surely a few of those spooked by these urban camouflaging antics will check out this show about spooks.