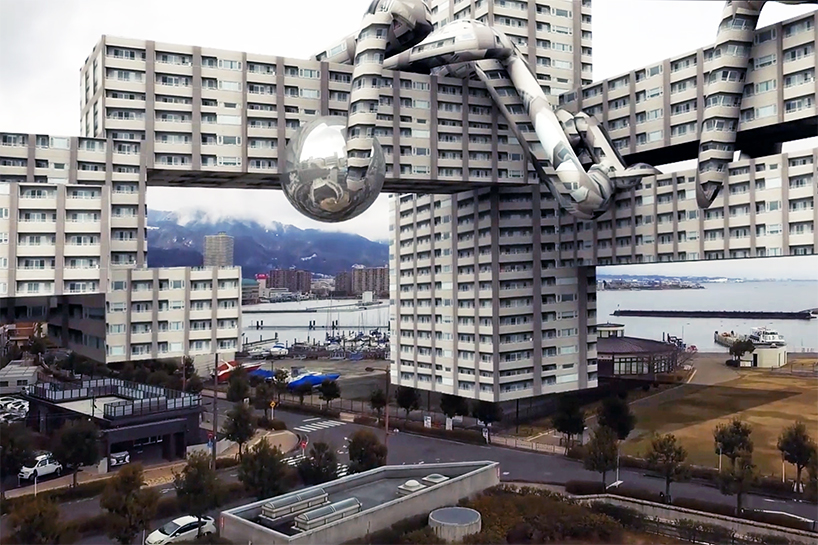 “Technology can help nature understand itself,” says AUJIK, a self-proclaimed cult that melds faux mythologies, fictitious landscapes and wildly distorted architecture with a philosophy they call “animism for the Digital Age.” The quasi-spiritualist Japanese collective gives us a look into the world of their imagination via simulated drone footage, swooping us over and through their vision of nature awakened in a new way by technological integration. 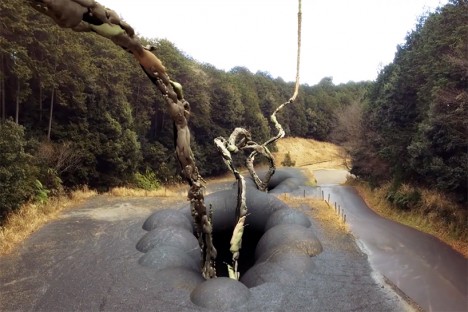 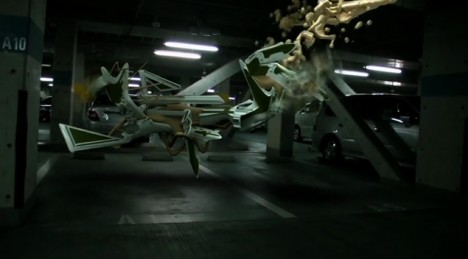 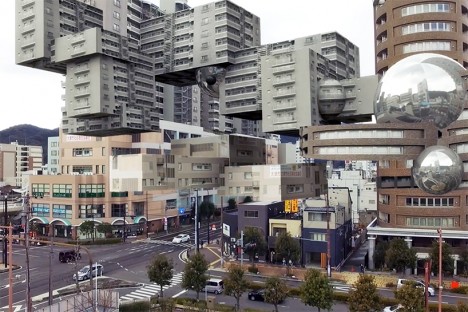 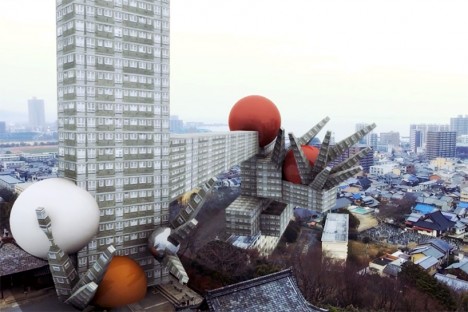 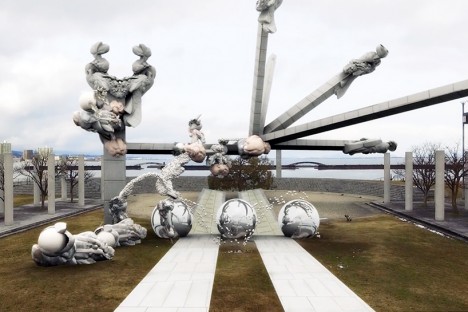 “For AUJIK, nature is divided into Refined and Primitive categories. This separation presents a conflict that is the root of all chaos in the world, and in order to reach a sublime state, AUJIK generates rituals to harmonize the organic and synthetic realms. Refined nature consists of evolved technology such as robotics, artificial intelligence, cybernetics, DNA manipulations, and body enhancements. The Primitive includes fauna, flora, and the Earth itself with its precious stones, minerals, and metals.” 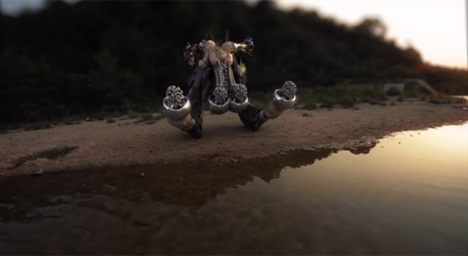 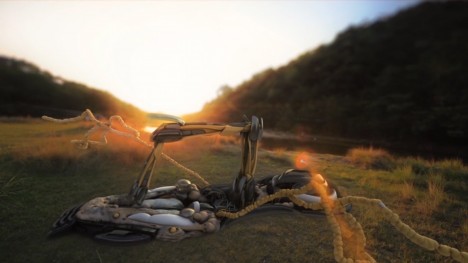 Natural settings, rocks, plants and even living creatures become something more than themselves, infused with a new power, growing in a way that they never actually could in our current reality, bound as it is by the laws of physics. Digital forces invade and transform everything from dark forests to dense cities, warping the architecture, creating a bizarre parallel universe.