As striking and skillfully painted as each one of Bik Ismo’s chrome murals are, the coolest part might just be peering into each one and trying to discern what’s in its reflection. It might just be a wisp of sky or what looks like the interior of an art studio, but at other times, you can spy mysterious figures, strange architecture and other scenes, or a glimpse of the artist himself. The layers of depth in each piece are pretty incredible. 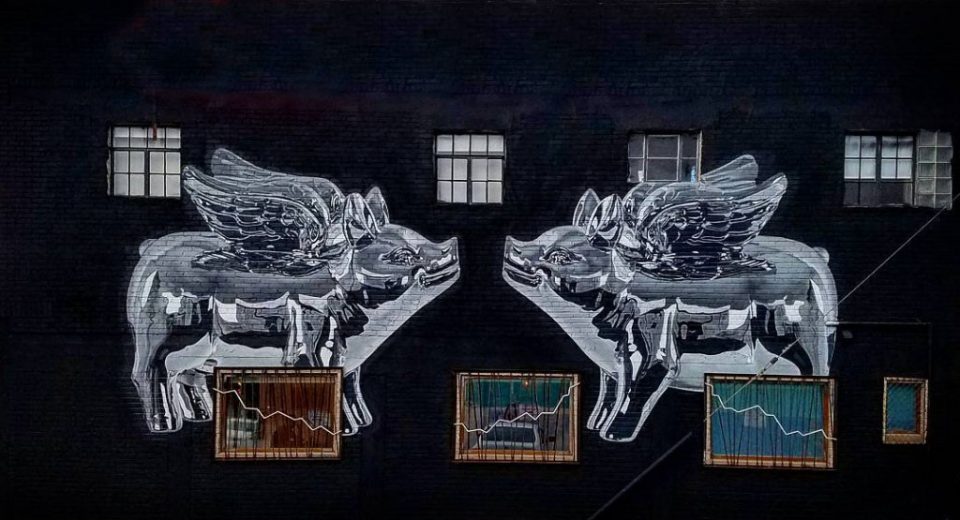 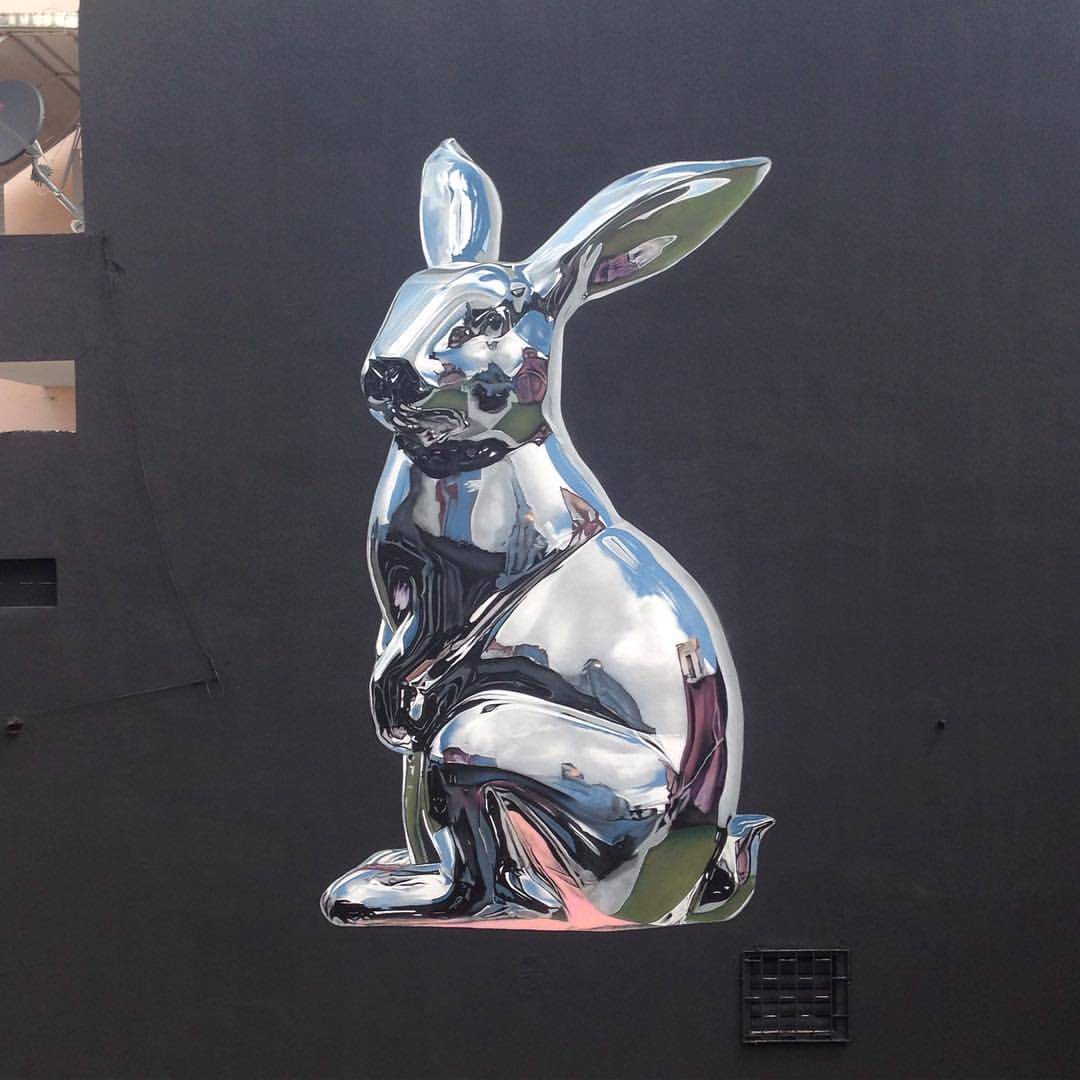 While Puerto Rican-born Bik Ismo has dropped spectacular metallic murals all over the world, including New Zealand, Dubai, Belgium, Taiwan and Miami, he’s especially dedicated to his home country. The chrome bust he completed in April, for example, was created for an upcoming series of videos about portrait and Puerto Rico after Hurricane Maria for the Foundation for Puerto Rico. Another recent piece adorns the Museo de Arte de Ponce with a skull, pig and pineapple. 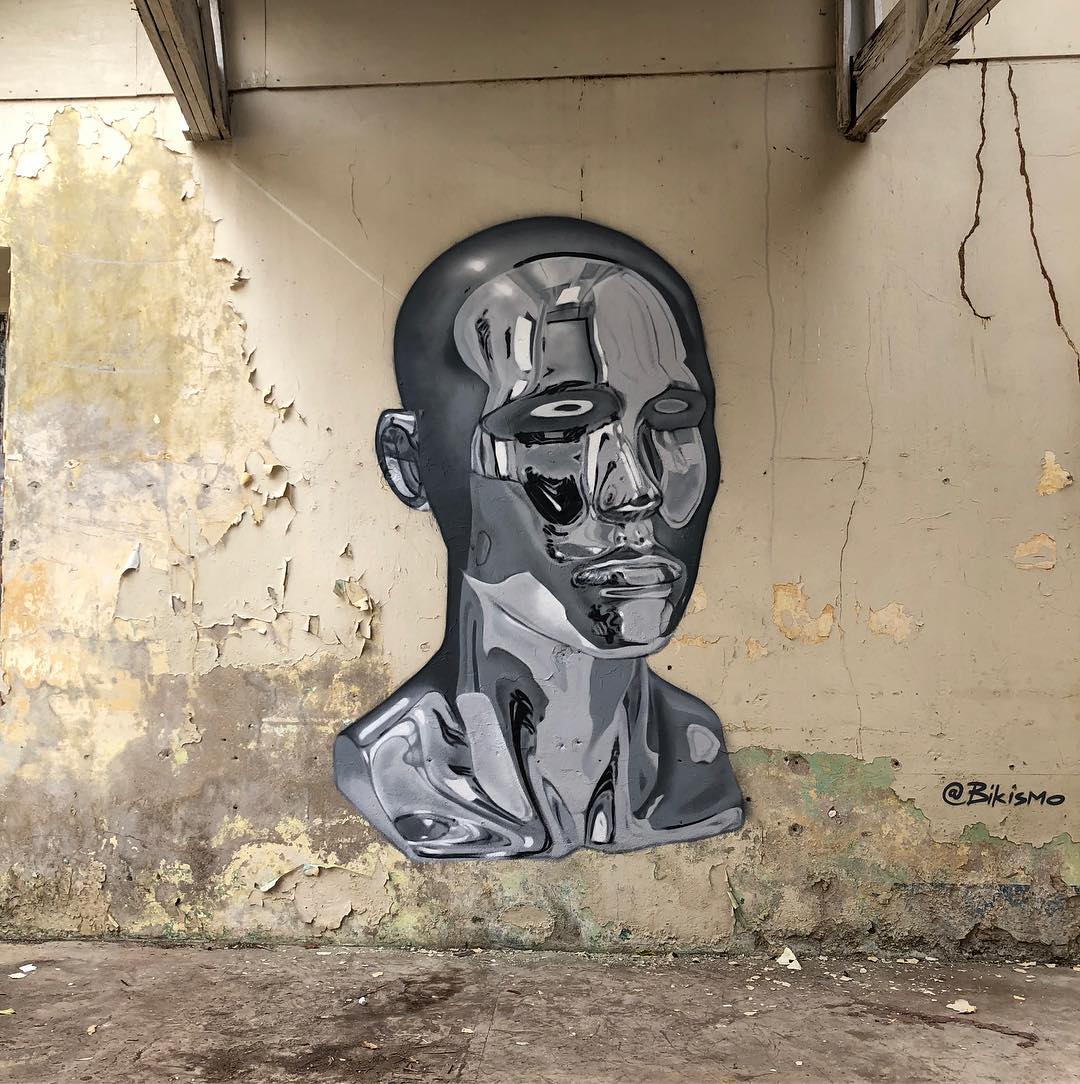 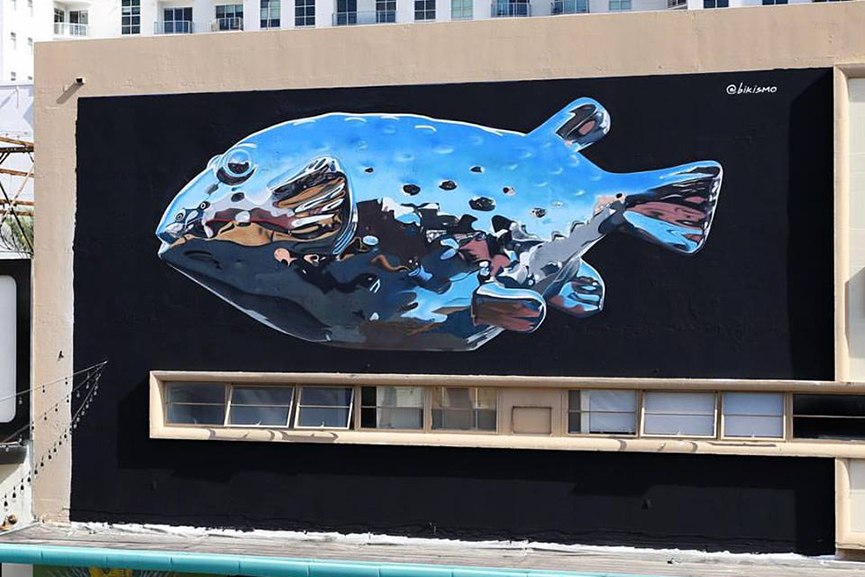 Bik Ismo also made a big splash at Art Basel 2014 with ‘Chromed Dog,’ an oversized mural at the Jose de Diego Middle School in the Wynwood area of Miami. Bik was one of 33 artists who painted the prison-like school in vivid imagery to show that low income kids deserve access to the arts, too. 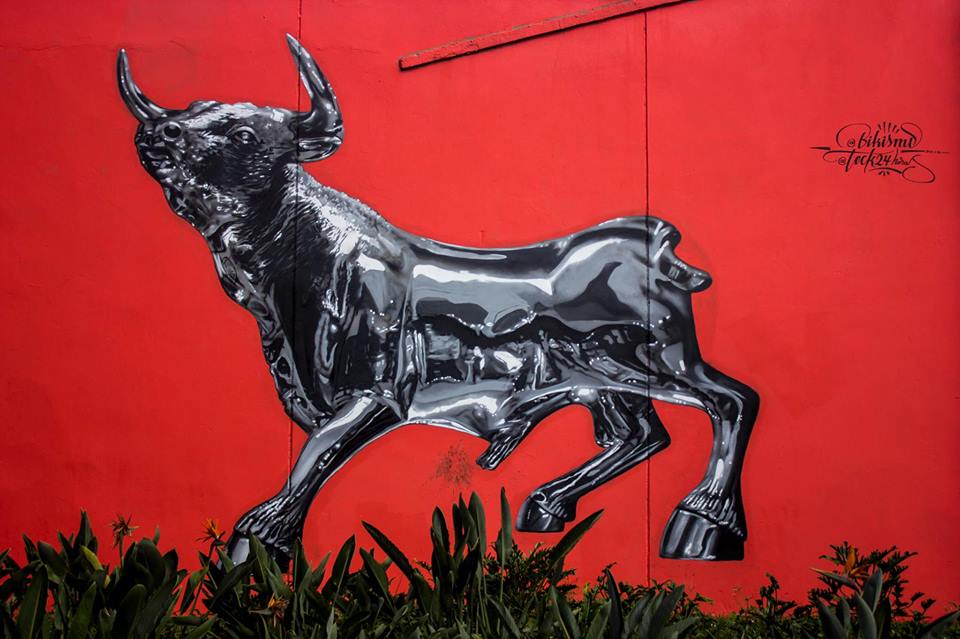 Bik has been painting in the streets since 1993. You can see more of his work on Facebook and Instagram.