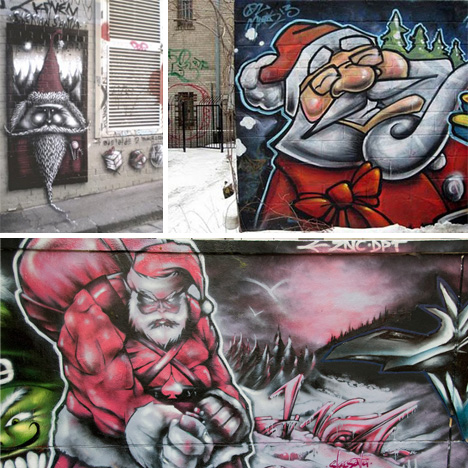 Despite the fact that Thanksgiving just concluded, everyone’s eyes are already looking forward to the Christmas season. These fantastic holiday murals are a tease as the holiday rapidly approaches. 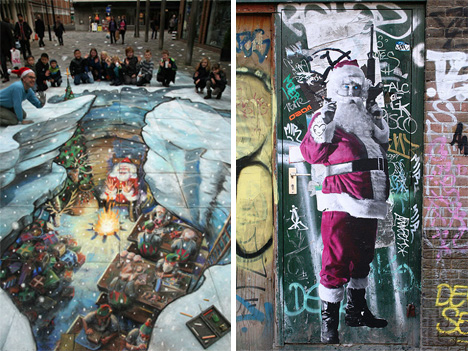 Renowned 3D chalk artist Julian Beever is no stranger to holiday themes. This particular work is a glimpse into Santa’s workshop, hidden in the North Pole. A gun-toting Santa is an interesting street art twist on the jolly gentleman. 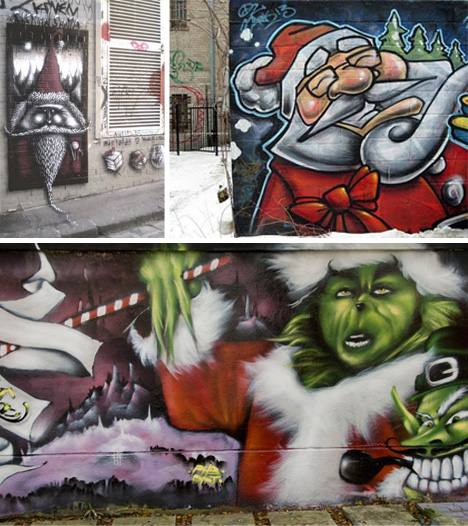 “Siberian Santa” is an art mural in Melbourne, Australia with an interesting Tim Burton-esque style to it. The muted colors differentiate it strongly from most Christmas-themed art, which seems to prize garishness as a defining motif. Few characters can light up a dark street corner like old St. Nick, spray painted here in a popular graffiti corner. For people who like to play devil’s advocate, the mural featuring the Grinch is a fun response to the typical messages of holiday cheer. 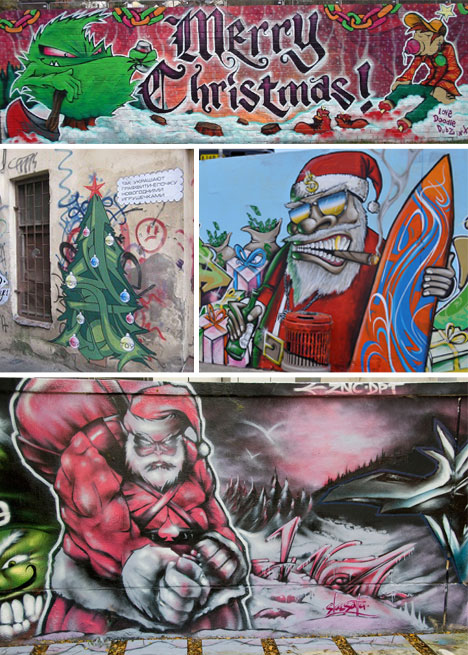 Christmas isn’t all fun and games to these graffiti artists. In the top image, a tree defends itself against an ax-wielding assailant and does some morbid decorating of its own. A mural depicting a gangster Santa sits astride a warm beach in Australia. In Singapore, artist Slacsatu shows a badass Santa with fists of fury and enough muscle to take on the Hulk. Lastly, a flowing christmas tree adorns a lonely street corner. 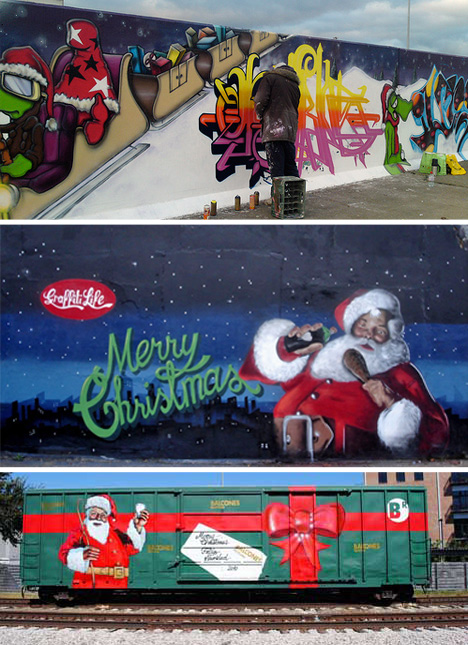 In this top image, Santa’s sleigh is envisioned as an endless chain, like a train pulling the world’s gifts through the sky. A take on the classic Coca-Cola ads adorns the side of a building, created by Graffiti Life, a graffiti service that does custom work in the UK. Lastly, a train car is dressed up like a giant gift, traveling miles on the tracks to end up under one lucky kid’s tree. 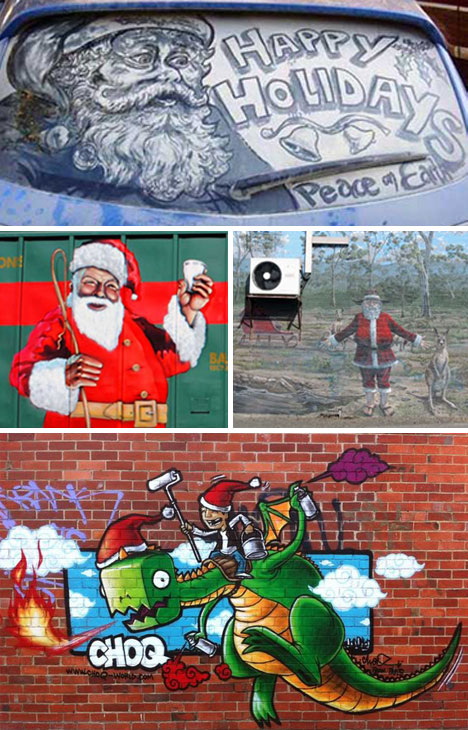 Holiday cheer can be drawn from any source, even the dust (or frost?) on the windshield of a car. On the back of one building in Australia, Santa stands next to a kangaroo, clearly lost during his trip around the world. Artist Choq came up with this festive and crazy ode to Christmas, tagging, and chaos. Last but not least, Santa raises a cup and wishes everyone a happy holiday season!