When an abandoned structure can’t be rehabbed in the traditional sense, whether due to practical constraints or simply becoming obsolete, it can be transformed for another purpose with paint, tape, lights and sculptural installations. Artists transform derelict buildings into public art, sometimes visible to lots of passersby and sometimes only to the urban explorers who might be curious enough to climb through a broken window. 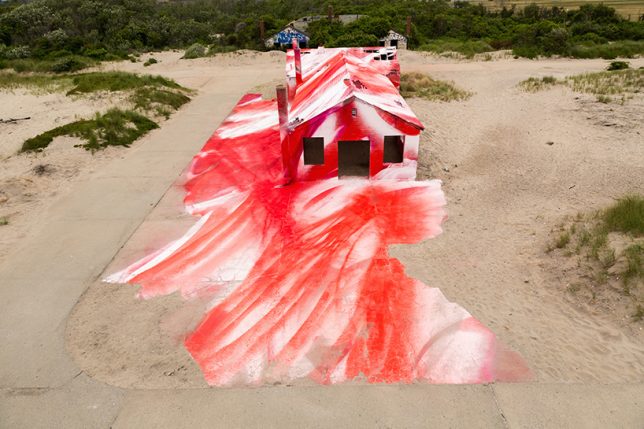 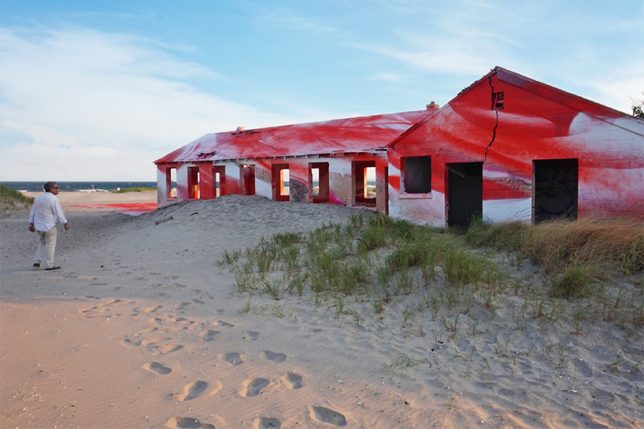 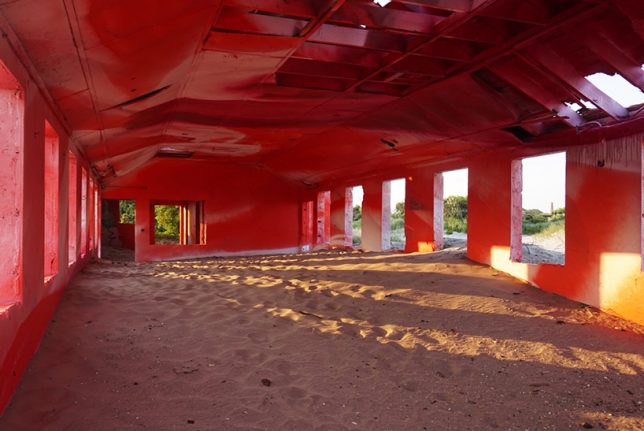 One of many abandoned military buildings making up Fort Tilden on the Rockaway Peninsula in Queens now spills red onto the surrounding sand in a site-specific installation by artist Katharina Grosse. The former aquatics building is highlighted inside and out in abstract crimson strokes meant to mimic the effect of a sunset in the Rockaways. The structure is set to be demolished in late 2016.

Circular Mural Inside Water Tank by Christina Angelina & Ease One 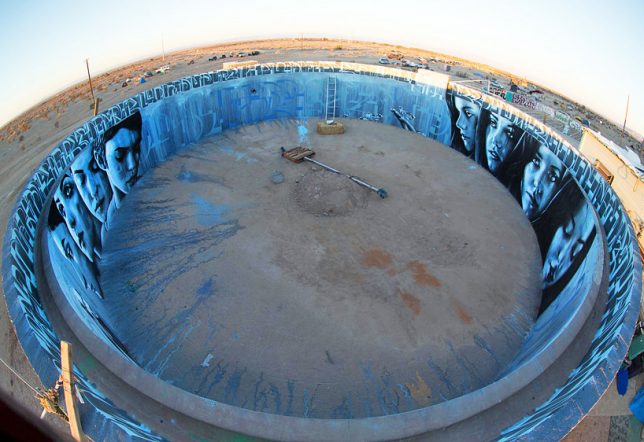 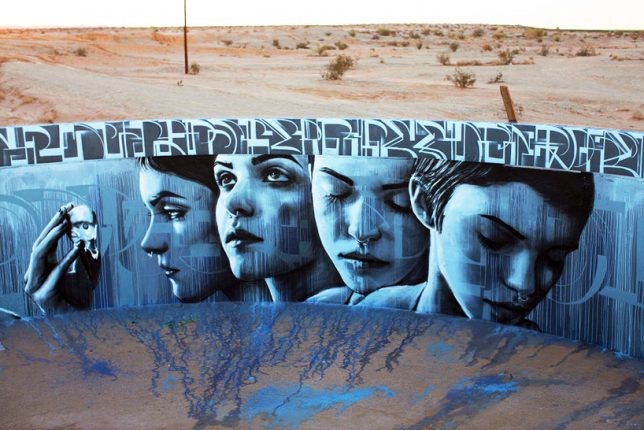 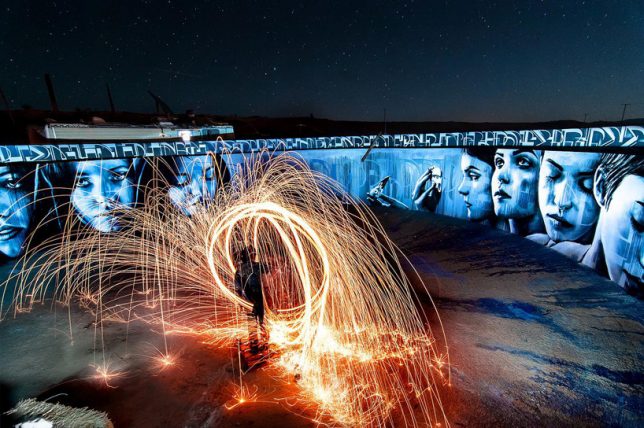 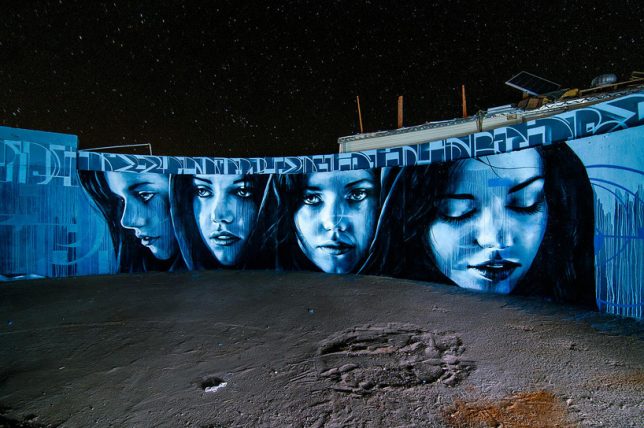 Only urban explorers curious enough to gain access to this abandoned water tank in Slab City, California will ever see this somber circular mural in person, climbing a staircase to the top of the tank to gaze inside. Artists Christina Angelina and Ease One create a starkly emotional contrast to the red and beige tones of the desert beyond the tank’s walls. 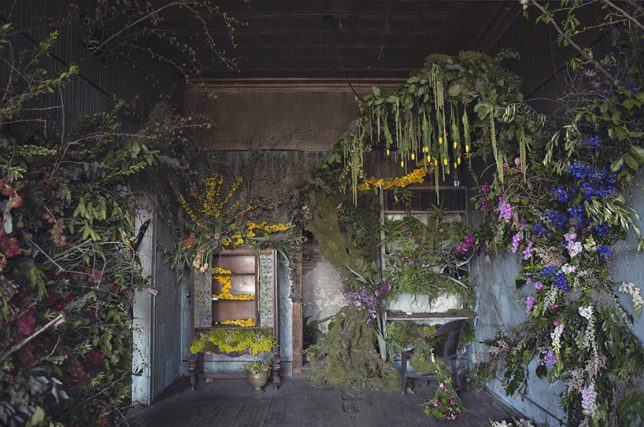 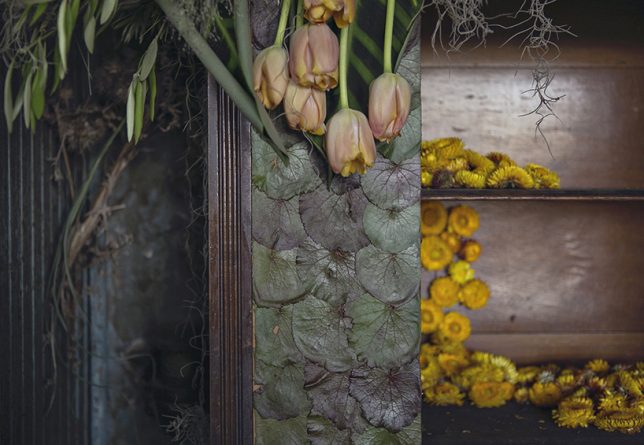 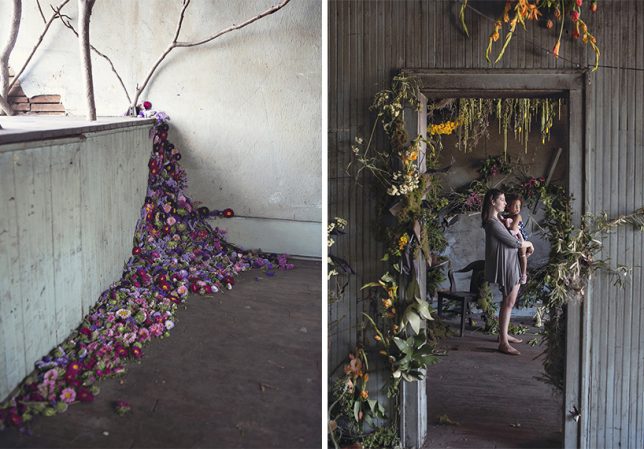 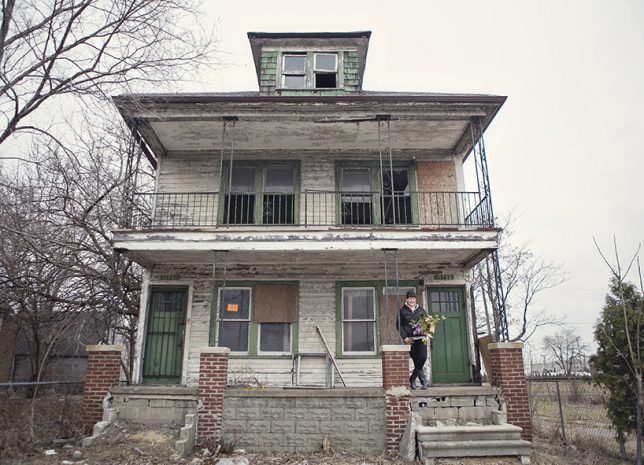 ‘Flower House Detroit,’ conceived by Lisa Waud and realized with the help of florists from across the country, may be a temporary reclamation of an abandoned place, but it’s among the most striking installations for its contrast of life and decay. Each room had a different designer creating artful compositions of flowers, trees and even weeds, beautifying the space before it was deconstructed and repurposed. The land the neglected house stood on will be converted into a flower farm for Waud’s design business. 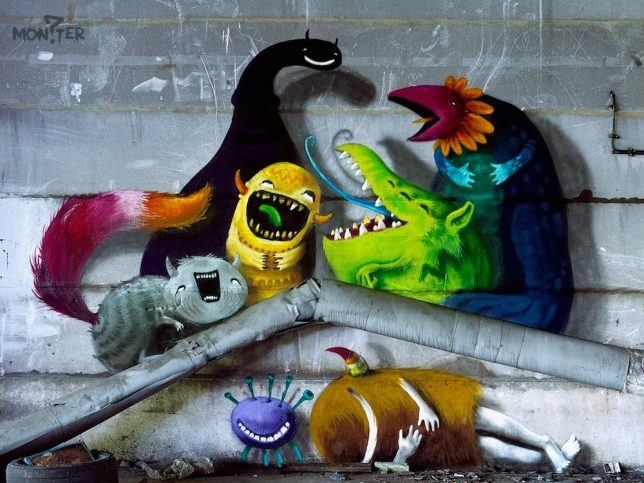 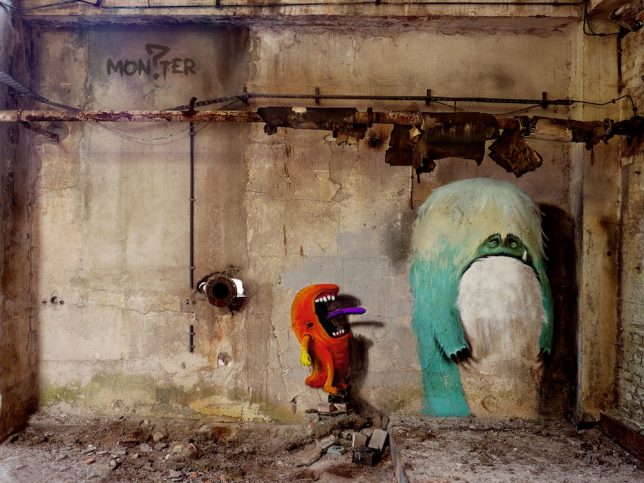 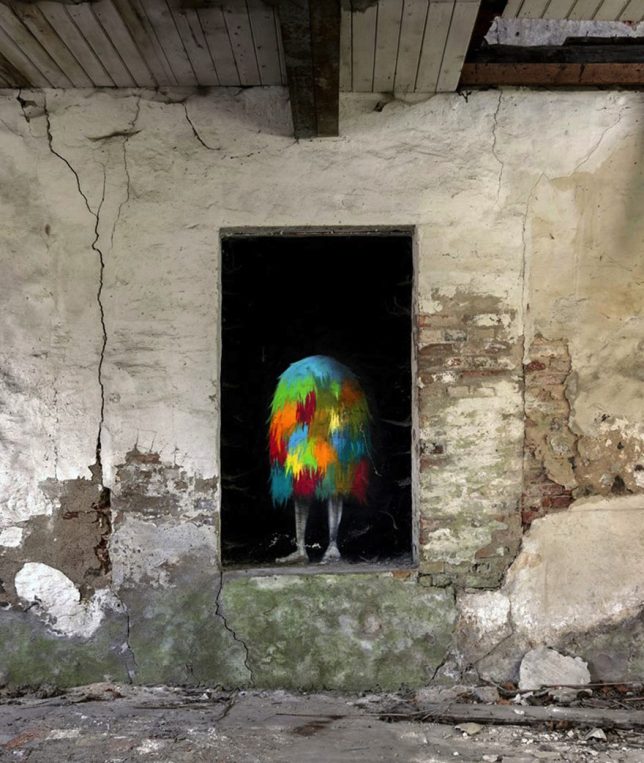 The idea of pairing monsters and abandoned buildings may sound like a nightmare, but German street artist Kim Köster makes both seem less scary with a series of fun paintings in Berlin. Choosing easily accessible public spaces as his canvas, the artist not only takes some of the fear out of dark derelict rooms in a physical sense, but also brings the to a much wider audience thanks to an interactive children’s picture book called Monzster.