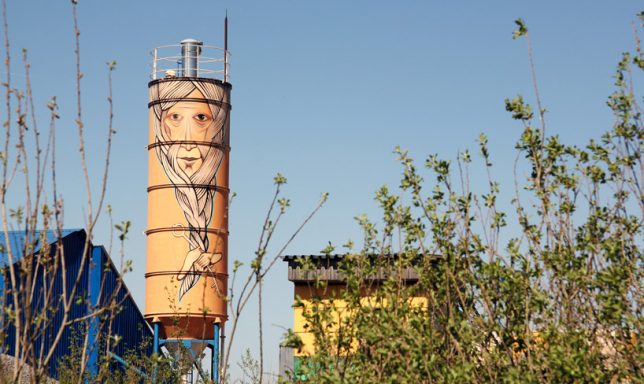 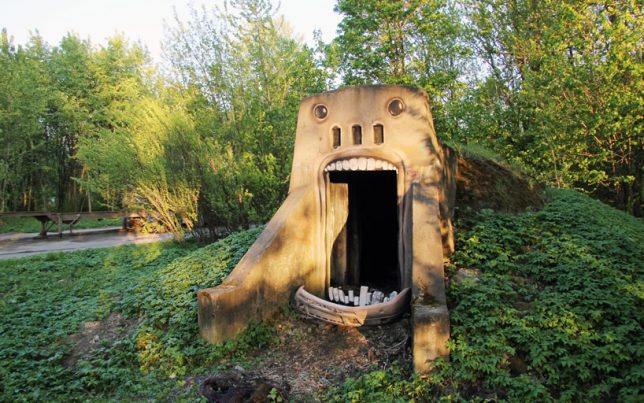 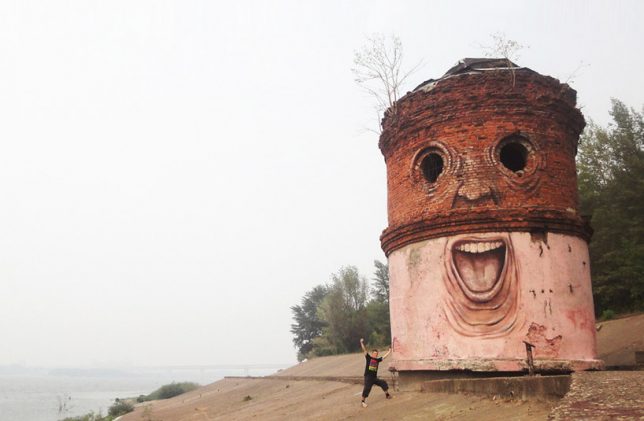 Abandoned structures all over Russia become strange and often humorous creatures, their windows and doors becoming eyes and mouths, as street artist Nikita Nomerz gives them new life. Other debris is incorporated to flesh out the faces, like torn-off car bumpers as lips and sneakers as teeth. 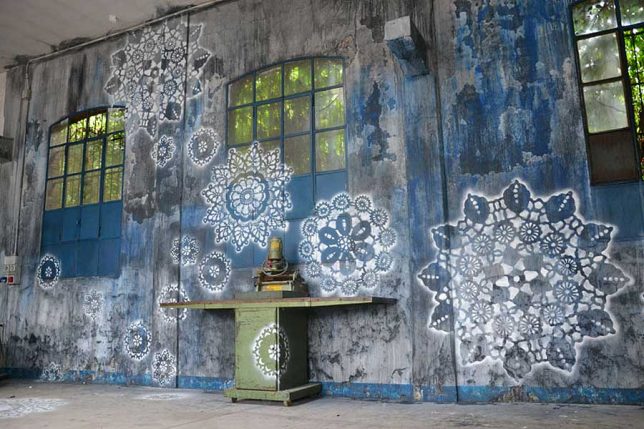 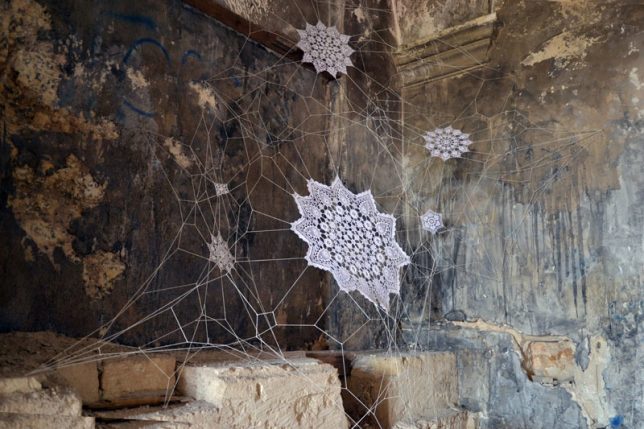 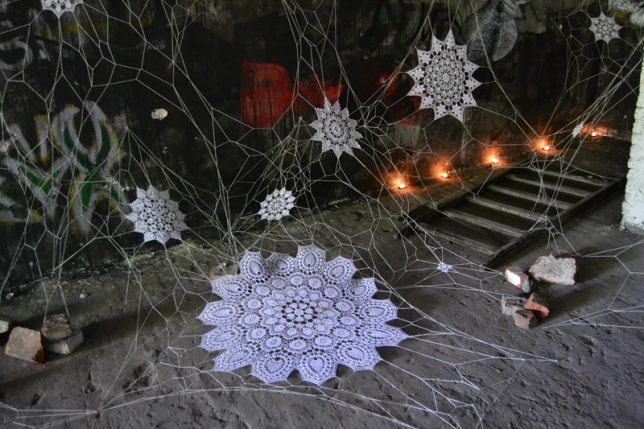 Usually associated with more refined settings, delicate lacework contrasts with the gritty surfaces of abandoned buildings, whether spray-painted onto the walls or crocheted and stretched across public spaces like spiderwebs. Warsaw-based artist NeSpoon calls her installations ‘public jewelry.’ 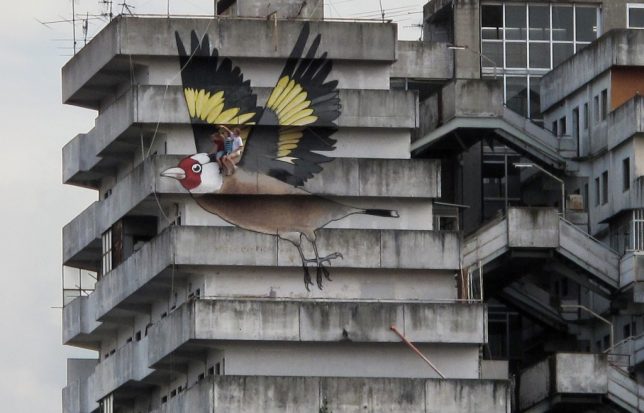 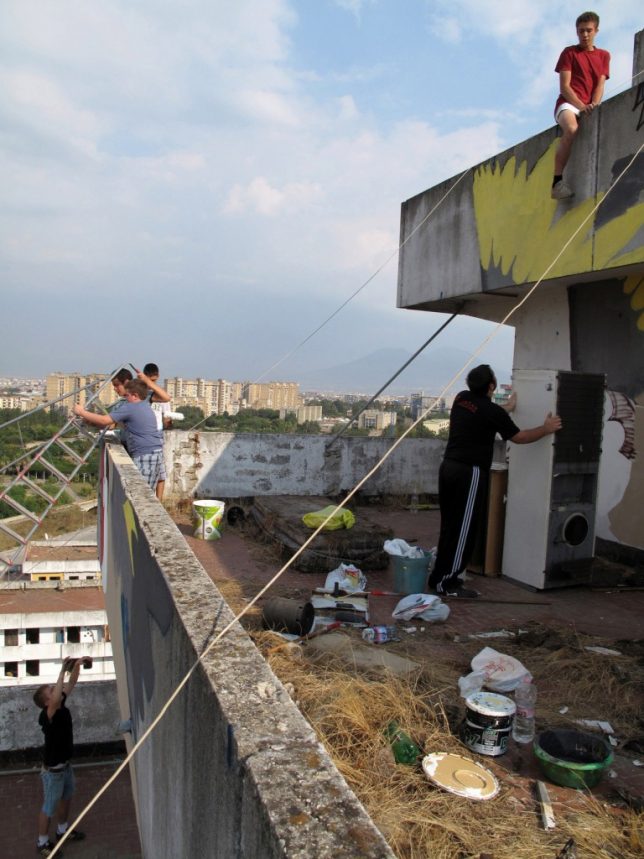 This high rise in Naples has clearly seen better days, its once-white facade stained and deteriorating. The one bright spot is a four-story bird painted onto the side by German artists Simon Jung and Paul & Hanno Schweizer, who called the project “The Goldfinch of Scampia.”

Strange Geometry in an Abandoned Swimming Pool by Joseph Ford 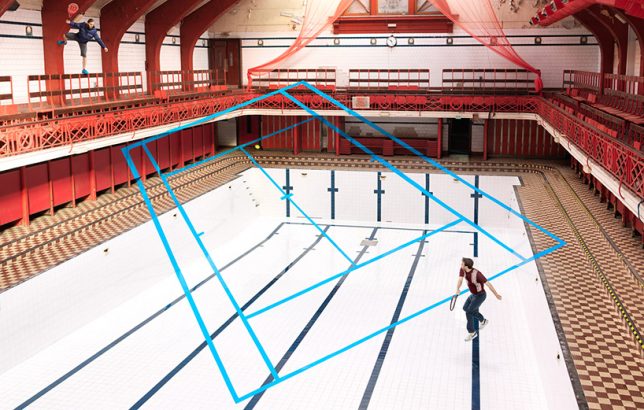 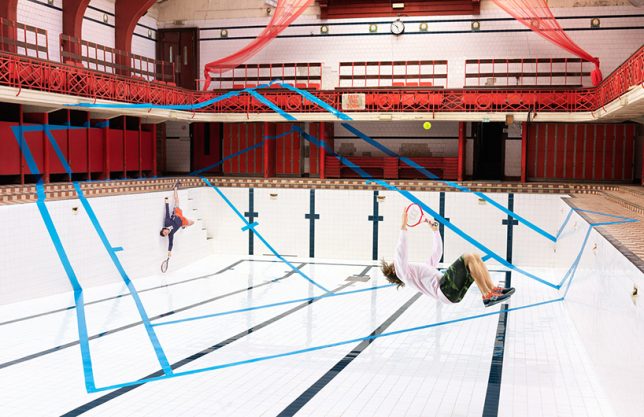 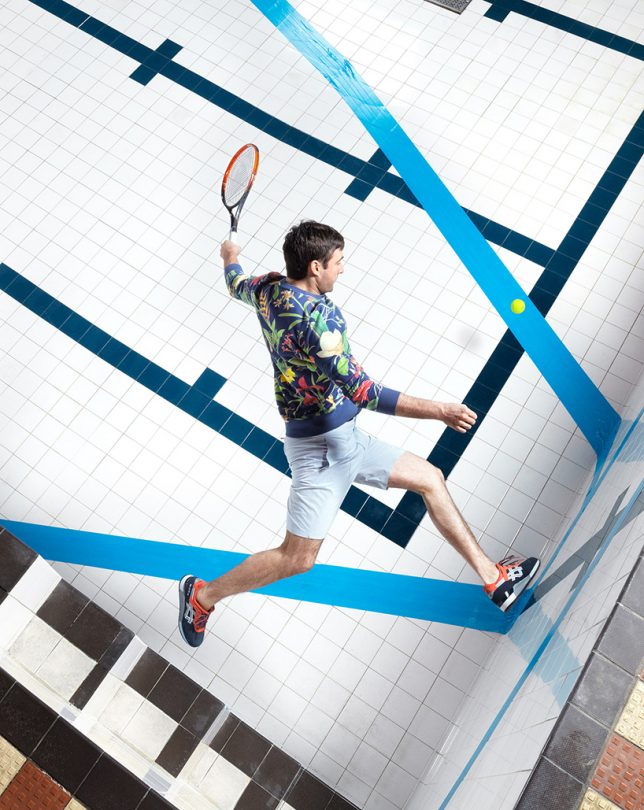 This swimming pool in Glasgow may no longer be in use, but it’s still striking, its glossy white tiles set against burnt orange railings and curtains. Thankfully, photographer Joseph Ford used temporary materials when transforming it for an editorial in Avaunt Magazine. Blue gaffer’s tape stretched across the entire space, from the bottom of the pool to the balcony above, creates an anamorphic composition that distorts perception of the space. 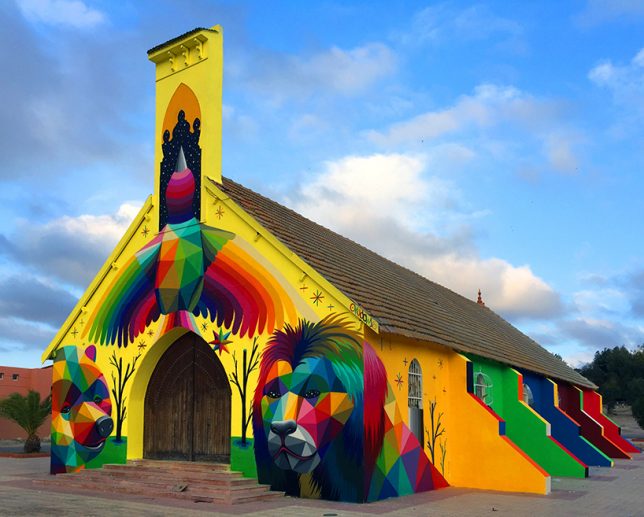 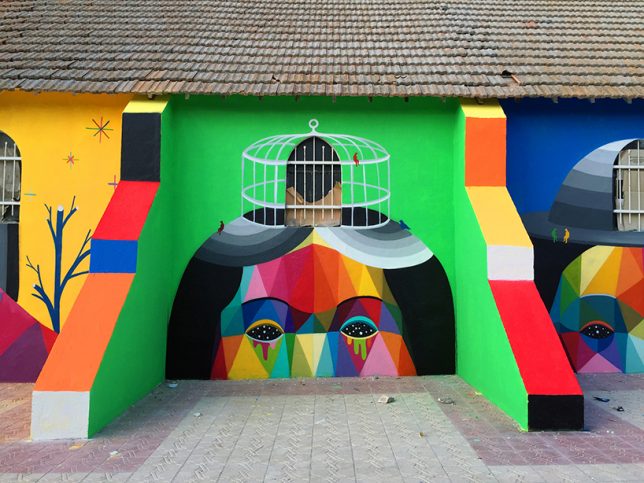 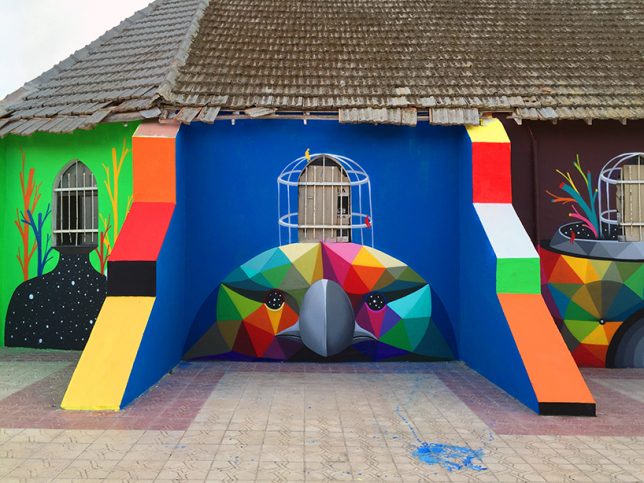 Exotic creatures are rendered in rich rainbow hues against a sunny yellow backdrop in artist Okuda San Miguel’s takeover of a derelict church in Morocco. The entire facade of the church becomes a colorful menagerie, with eleven faceted faces interacting with the architecture of the structure, including the window frames.