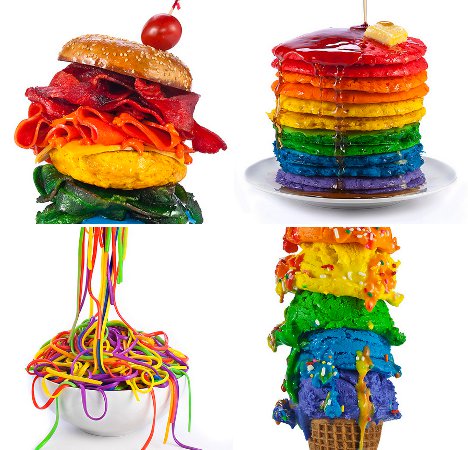 Would you eat purple lettuce? How about green bacon or multi-colored pasta? Photographer Henry Hargreaves has put some of our favorite foods into an entirely new context by giving them a technicolor makeover. But does it make you hungry for rainbow-colored meals or just all kinds of queasy? 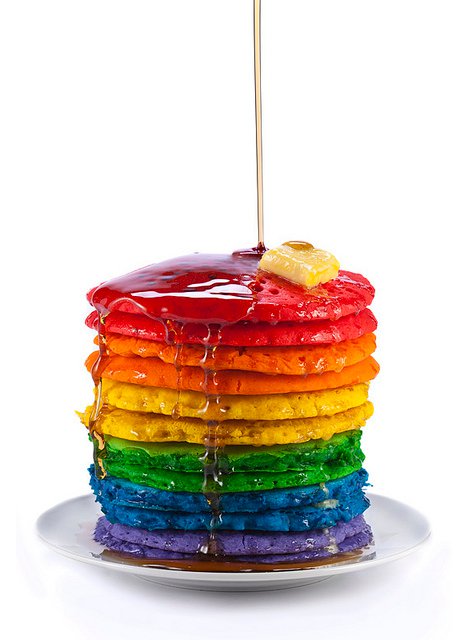 Hargreaves’ interpretations of common foods call to mind a joyous celebration of diversity…but instead of rainbow flags and pride parades, his celebration involves meal time. 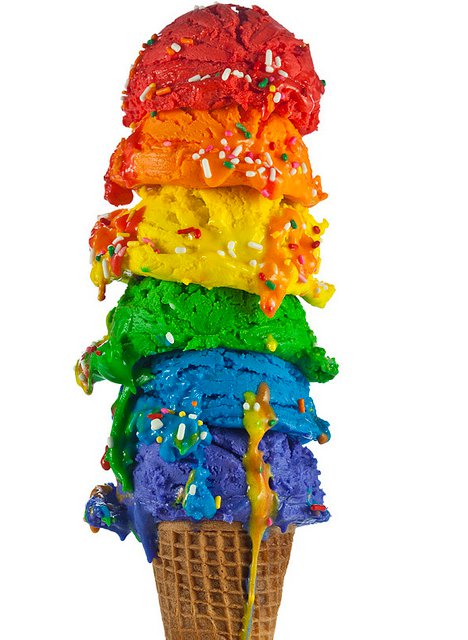 One has to wonder if it was the photographer’s intent to invoke those visual associations of diversity or if his Foods of the Rainbow series is all about fun. 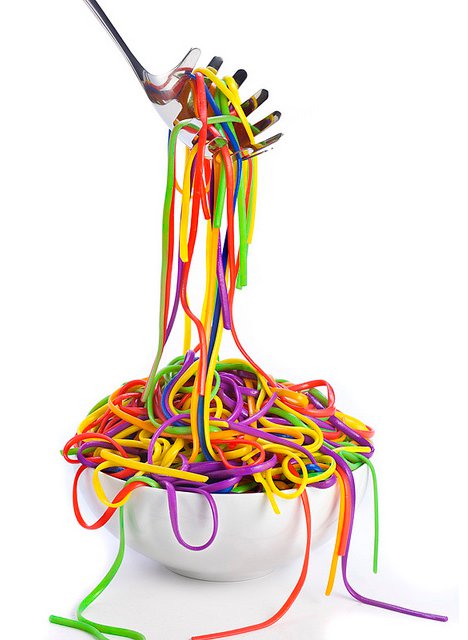 We eat rainbow-colored food frequently, but it is usually candy, breakfast cereal or other artificially-flavored, nutritionally-devoid fare. In Hargreaves’ hands, these everyday foods seem to take on an entirely new level of appeal (or unappeal, as it may be). 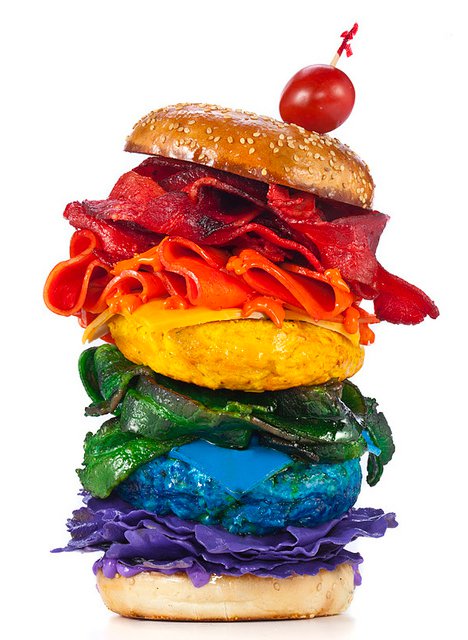 Although most of us would have no problem scoffing rainbow-colored ice cream, not many people would go anywhere near the unusual bacon cheeseburger above.