Bucking the trend of extravagant elevated parks, this new walking-and-cycling-only bridge uses tight spirals on either side to minimize land usage with a slender tension-supported pathway (suspended from twin spires) stretched elegantly in between. 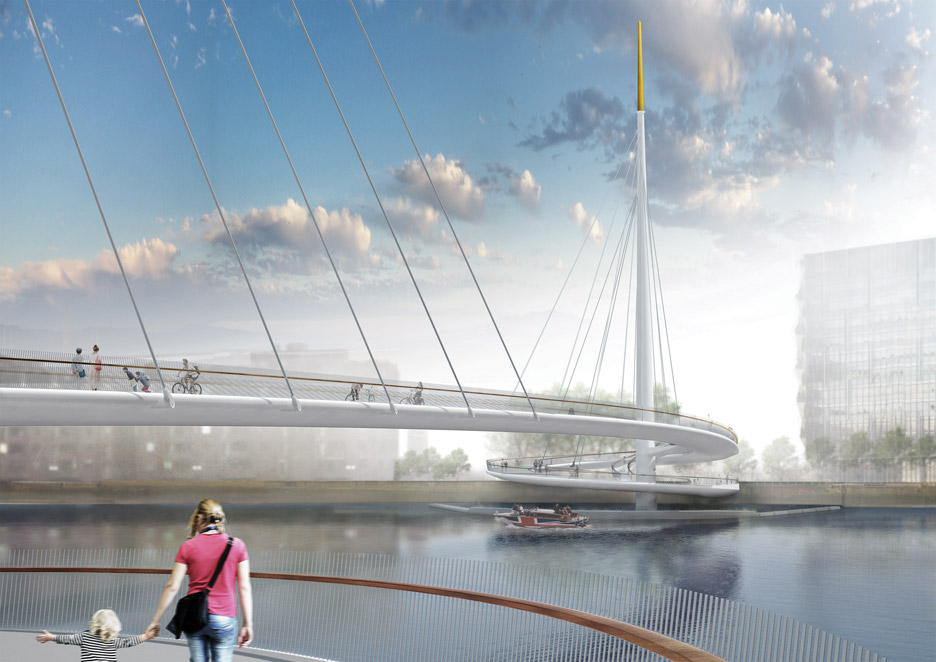 Designed by Bystrup, a Danish firm, the crossing will span the River Thames in West London and beat out more lofty and complex proposals by other contributing architects. 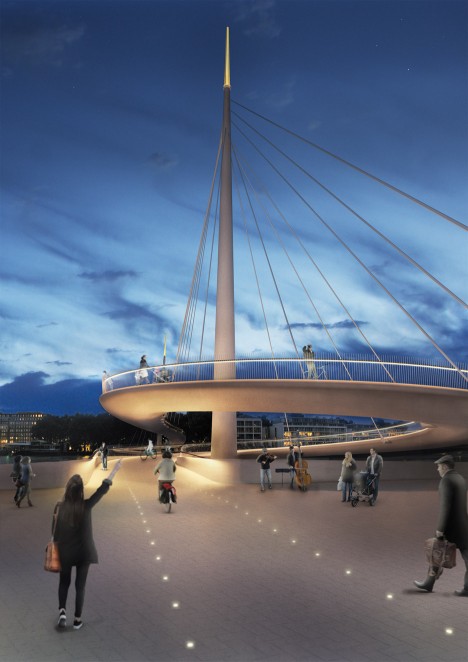 While certain other vehicular bridges accommodate non-motorized traffic in London, this one (if constructed before its close cousin, discussed below) is slated to be the first exclusively dedicated to walkers and bikers. 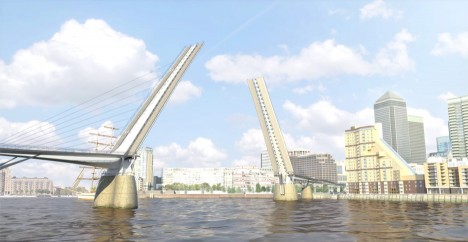 This somewhat heftier structure is designed to be raised on demand, requiring a bit more bulk as a result (as well as waiting areas when the central portion is lifted to let boats pass). 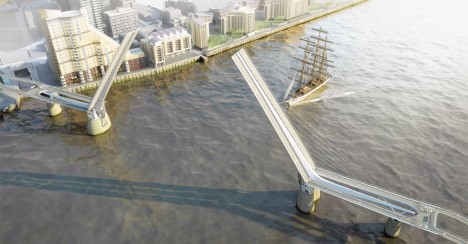 Meanwhile, across town, another new bridge by ReForm is also in the works between Canary Wharf and Rotherhithe.

From the architects: “Our design will do this, creating an internationally recognisable landmark. Its unique and elegant form and operation will become an attraction for visitors. It will enhance the views along and across the Thames, providing scale and interest in the way that the ships on the river itself do.” 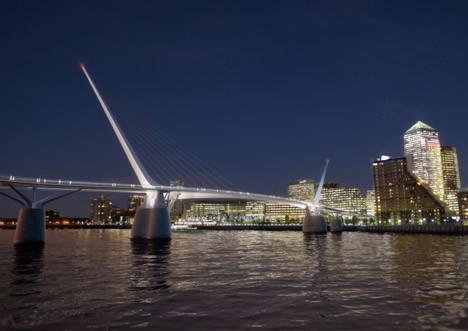 This latter bridge is integrated to pathways and green spaces both extant and planned on either side of the Thames.

Both bridges will help cut commuting times across London and help make the city friendlier toward those on foot or traveling by bike. Each also aims to become a defining feature of the city, without overwhelming existing bridges or architecture.