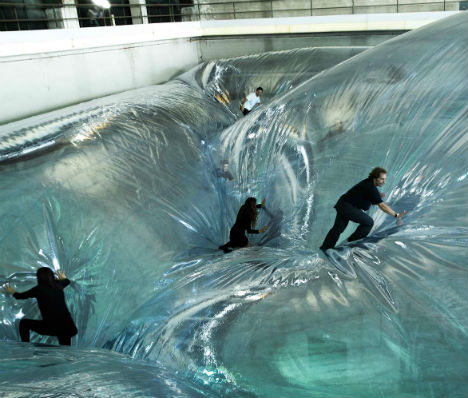 The science of engineering and rationalism of city planning meet visionary experimentation in art installations by Tomás Saraceno. The Argentina-born artist is known for works that imagine an alternate future for humanity in unexpected, often utopian ways. His latest work, ‘On Space Time Foam‘, is an exploration of self-sufficient aerial structures that could be made on a larger scale and inhabited by humans. 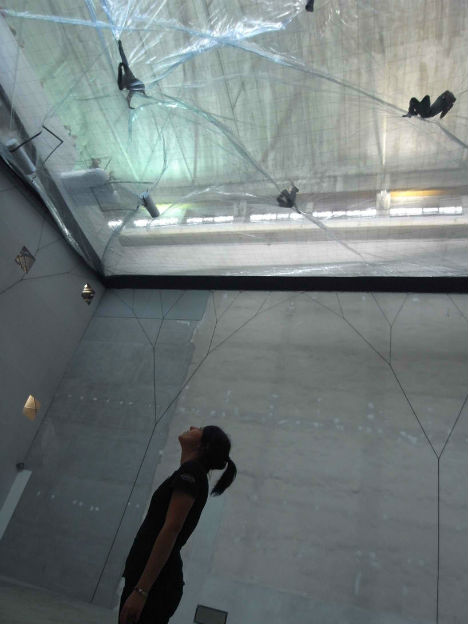 ‘On Space Time Foam’ is a layered installation of translucent PVC membranes suspended nearly 80 feet above the ground. Installed at the Hangar Bicocca in Milan, Italy, the work alludes to the primordial state of matter from which the universe formed. 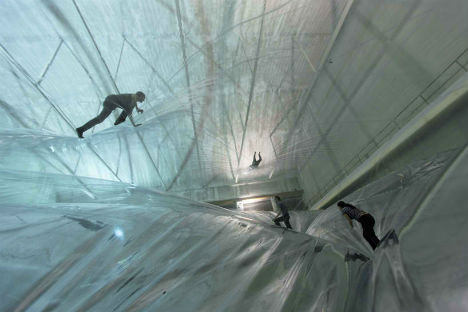 Visitors can access the installation either from above, to navigate it themselves, or from below, to watch as people seemingly float in mid-air. The plastic has a surface area of nearly 13,000 square feet. Walking on the surface is a tricky task, sending visitors sliding and tumbling across the plastic. “As soon as you decide to climb onto the installation, you are necessarily caught up in a play of mutual dependence,” Saraceno told Klat Magazine. “This experience helps to initiate a dialogue between people, through a body language that has no need of words.” 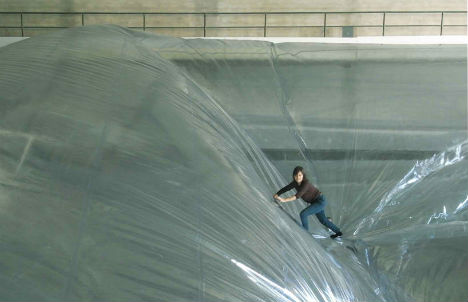 While it’s a fun attraction in its current form, Saraceno has big plans for the concept. He aims to translate it into a Buckminster Fuller-inspired floating biosphere above the climate change-threatened Maldives Islands, which would be fully inhabitable with solar panels and desalinated water. Saraceno will embark on a residency at the Massachusetts Institute of Technology to work out the logistics of such an ambitious undertaking. 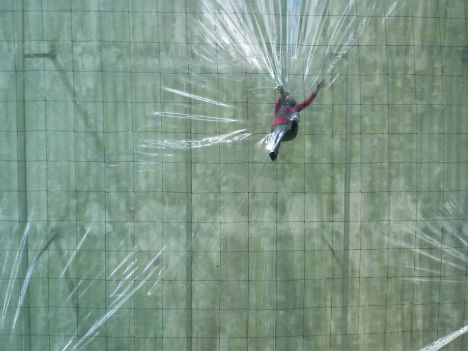 “The aim of what I do is to try to expand the range of the dialogue, to make as many people as possible aware of the extent of the impact that each of us has on others and on the environment. This is the objective of my artistic practice: awakening people to the interdependence of the different elements that make up the system in which we live—the interrelations between objects, natural phenomena and living creatures.” 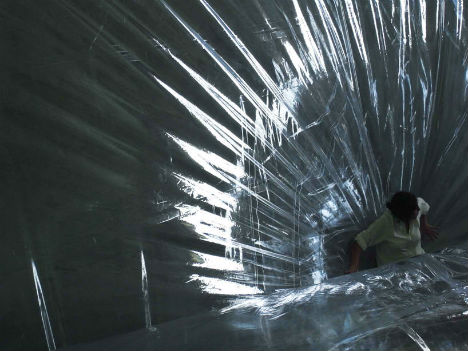 See a video of the installation in action, and an interview with the artist, at Design Boom.