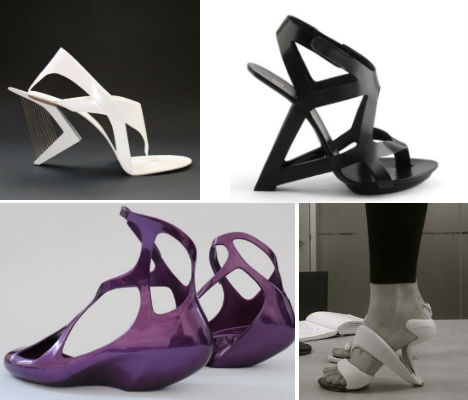 How would the architectural styles of Zaha Hadid, Frank Gehry and Santiago Calatrava translate to shoes? As these 6 collaborations prove, sometimes the results are just as you’d imagine, and sometimes they’re completely unexpected. These architect-designed and inspired shoes range from the practical and wearable to sculptural art objects. 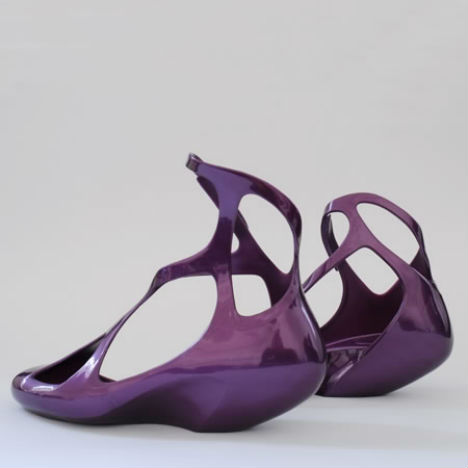 Brazilian brand Melissa offered the ideal medium with which architect Zaha Hadid could indulge her creativity: moulded plastic, which makes it easy to create shapes that can’t really be achieved with more traditional shoemaking materials. Says Hadid, “The design engages with the ?uid organic contours of the body. The shoes asymmetric quality conveys an inherent sense of move-ment to the design, evoking continuous transformation. The concept addresses the perception of wearing the shoe in motion rather than a static display on a shopping window.” 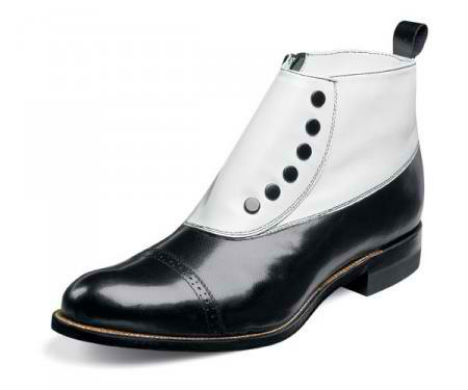 Would you ever imagine that shoes designed by Frank Gehry would be so… conventional? The architect known for flashy, amorphous metallic structures designed these six-buttoned black-and-white leather boots for the 2009 collection of shoe company J.M. Weston.  “You shouldn’t have to differentiate between disciplines, shoes are very architectural and always have been, and even more recently there are new shoes… (that are) buildings.” 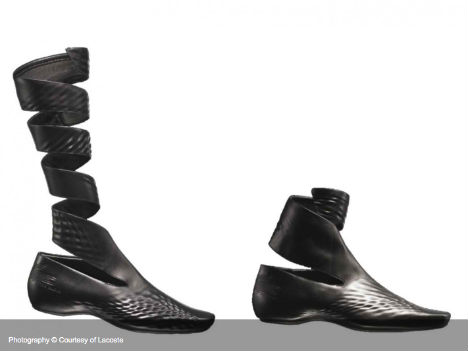 Zaha Hadid designed a series of limited edition shoes available in quantities of just 1,000. According to Hadid, the shoes were designed “utilizing dynamic fluid grids, which when wrapped around the foot, expand and contract to negotiate the body ergonomically – creating a unique undulating and radiating landscape, ultimately translated to shoes in fine calf leather.” 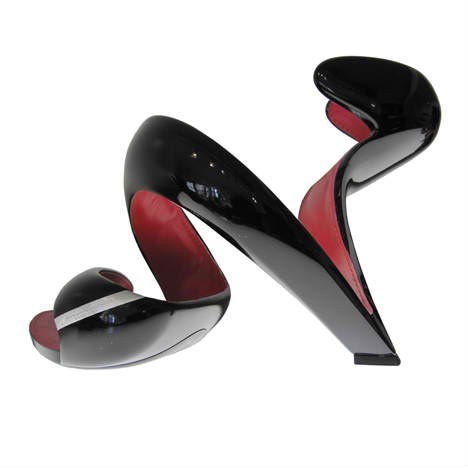 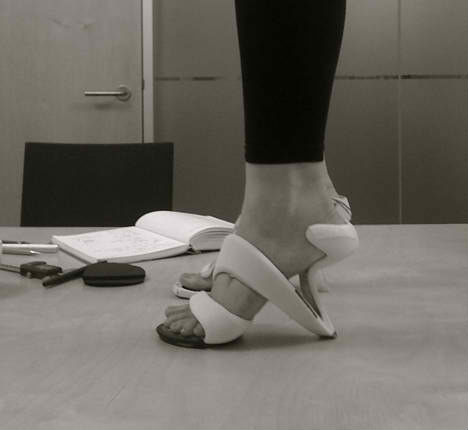 The Mojito shoe by architect Julian Hakes wraps around the foot in a continuous ribbon, and lacks the footplate that one might say is the most essential part of the shoe. As with most of these creations, however, Hakes’ design is more about form than function. 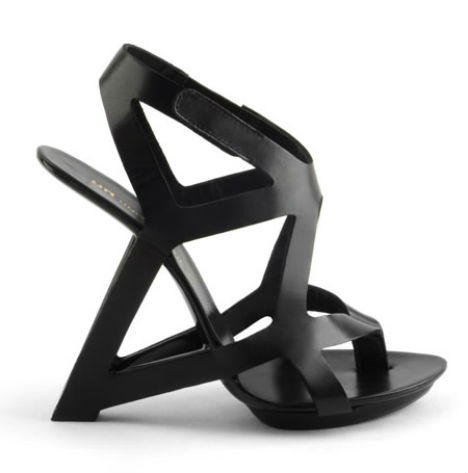 The nephew of famed architect Rem Koolhaas, and an architect himself, Rem D. Koolhaas teamed up with British shoemaker Galahad Clark to create a line of architectural shoes for their brand United Nude. United Nude designs has also been inspired by other art forms, like furniture – they have a shoe that honors designers Charles and Ray Eames. 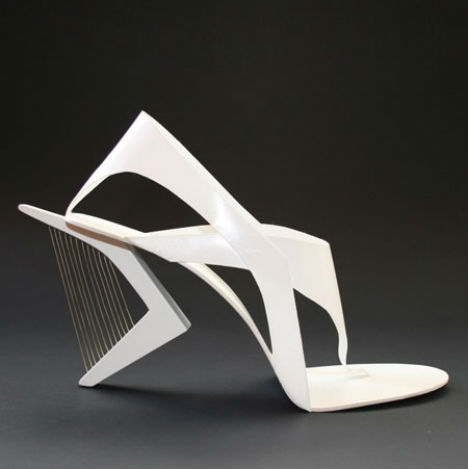 The architecture of Santiago Calatrava is captured flawlessly in a series of cutting-edge shoes by Tea Petrovic  for a project at the Academy of Fine Arts in Sarajevo. “I have created a shoe collection, as my graduating project, that is centered around the idea that each shoe is an sculptural-architectural structured form. To underline their sculptural form, the shoes are kept white, which on the other hand emphasis the artistic language, present in the entire collection.”