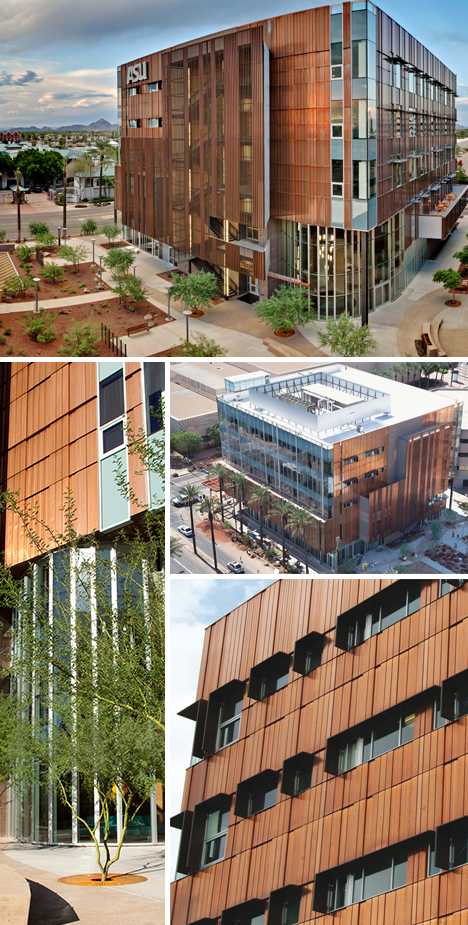 Completed in 2010, the $27.4 million Arizona State University College of Nursing & Health Innovation Phase II building (NHI2) is a triumph of sustainable architectural design. The building was recently awarded the Design-Build Institute of America’s (DBIA) National Design-Build Award, and is one of only a few buildings in the U.S. southwest to have achieved Leadership in Energy and Environmental Design New Construction (LEED-NC) Gold certification from the United States Green Building Council. 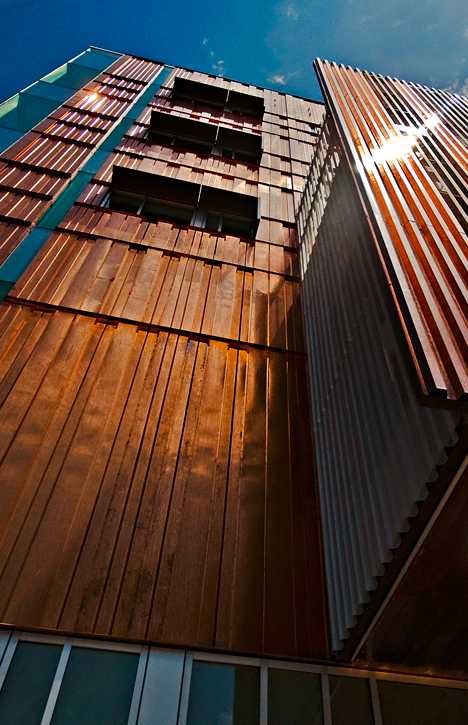 The building is visually striking as well, sporting prefabricated copper exterior cladding that will gracefully age with the passage of time. Copper is synonymous with Arizona, both as a major component of the landscape and a reflection of the state’s long and successful history of copper mining. 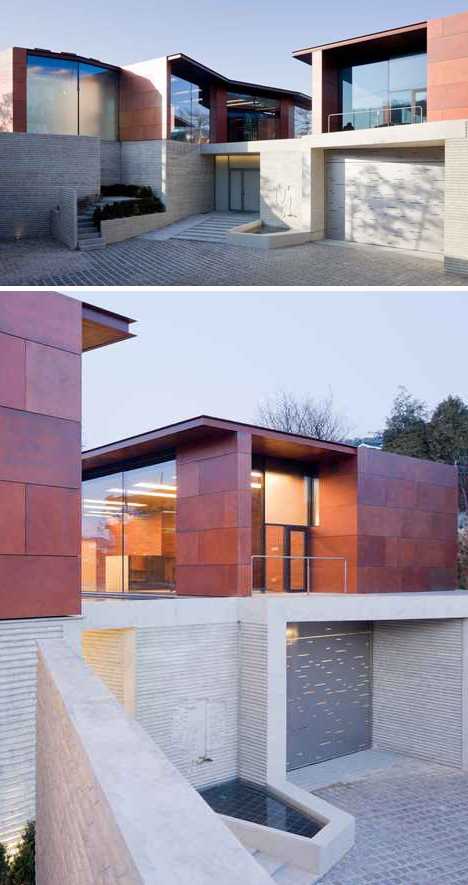 The Daeyang Gallery and House was designed by Steven Holl Architects and is situated in the hilly Kangbuk neighborhood of Seoul, South Korea. Constructed over a nearly 4-year period and finally completed in 2012, the house’s basic geometry was inspired by composer Istvan Anhalt’s 1967 sketch for a music score entitled “Symphony of Modules.” 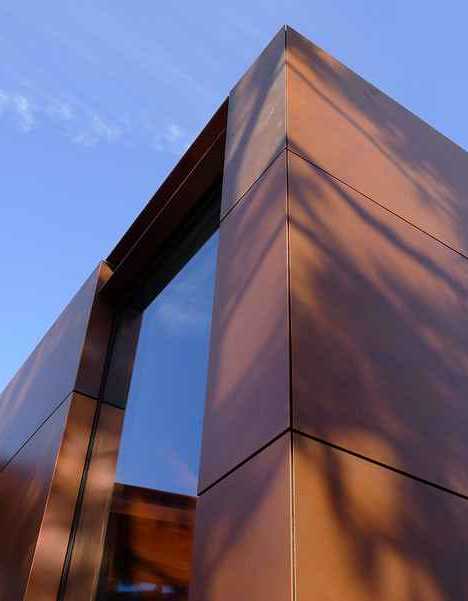 The structure employs copper wall modules treated to bring out a warm patina. Portions of the exterior walls feature a rain screen crafted from custom-patinated copper intended to naturally age and in doing so, achieve visual harmony with the surrounding semi-arid landscape. 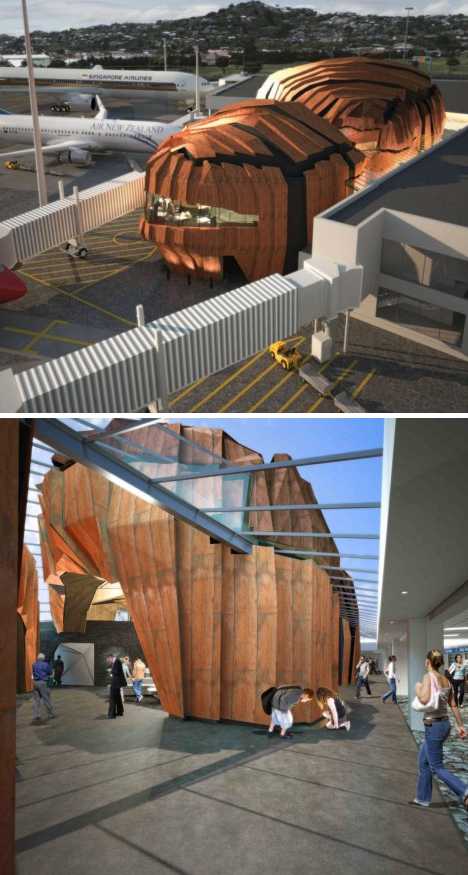 “The Rock” at Wellington International Airport was designed by Studio Pacific Architecture to, in the words of Wellington Airport CEO Steven Fitzgerald, “combine functionality and capacity with what will be a memorable visitor experience.” The structure‘s pleated and folded copper-clad walls are intended to invoke the character of Wellington’s rugged South Coast location. Roof fissures in the structure are inset with shards of colored glass that let in natural light by day while back-lighting at night offers a visual treat to passengers arriving and departing the facility by air. 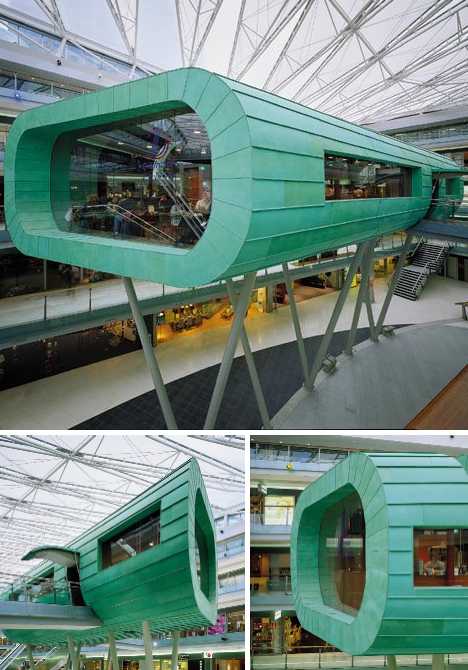 YouTube? More like FoodTube: the jaw-dropping, eye-popping restaurant at Amsterdam’s Villa ArenA Woonmall (a furniture superstore) is a copper-clad vision made real! Conceived and planned by London-based architects Virgile and Stone, the restaurant rests upon an octet of slender concrete columns while access is via a pair of footbridges connected to the mall’s upper level. 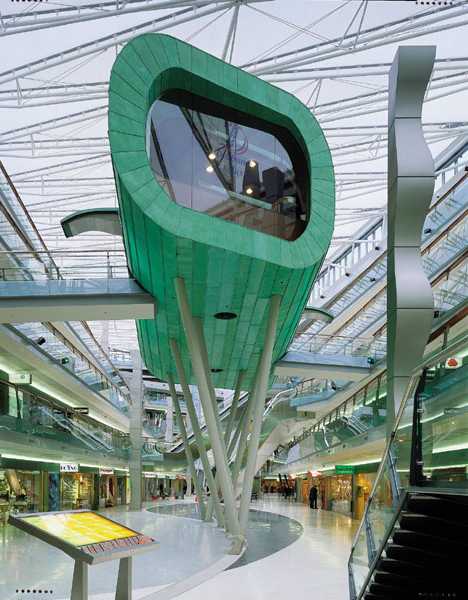 If the design itself isn’t enough to grab one’s attention, the brilliant blue-green exterior should do the trick. Composed of oxidized TECU® copper panels, the restaurant’s walls display the final stage of copper oxidation which would not be normally achievable considering the structure’s location inside a roofed atrium. 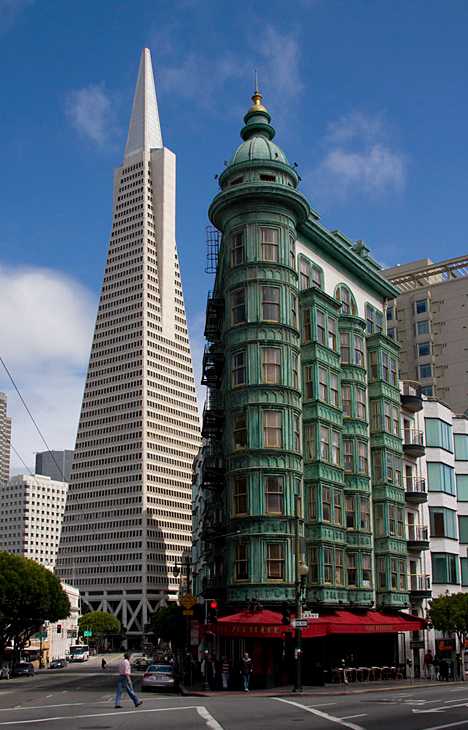 Copper remains a favored structural and decorative material today, a tribute to the metal’s exceptional versatility and welcome durability. Proof of these attributes can be found during a downtown stroll in most any large city or town since once built, copper-y buildings tend to last… one might say in that respect, they usually come first.