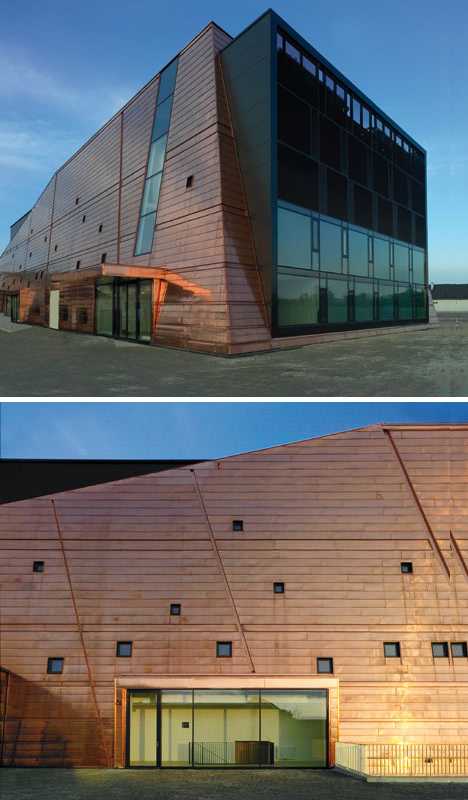 The Schloss Grafengg Concert Hall located in the grounds of Grafenegg Castle near Vienna, Austria was the subject of a nearly two year expansion and upgrade conceived by German architect firm schröder schulte-ladbeck. The architects were guided by the need to respect and complement the design and dimensions of existing buildings at the site. 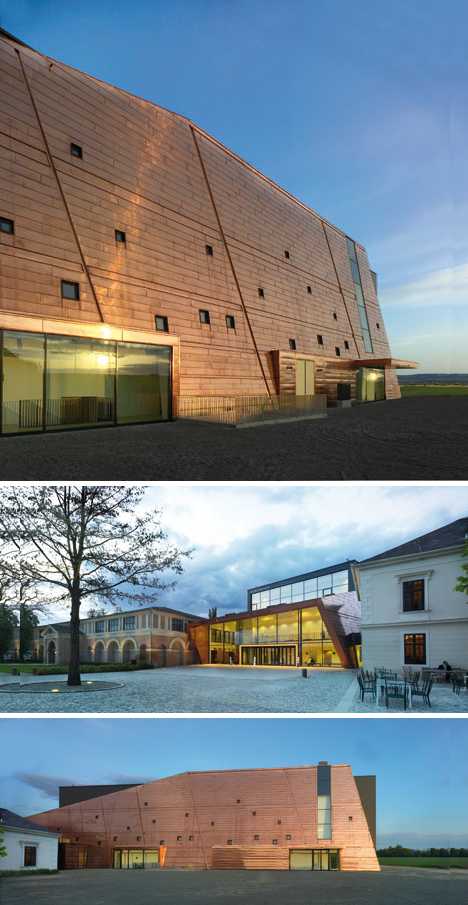 The original intention was to use artificially weathered copper to clad the new concert hall but fortuitously, the firm chose instead to employ TECU® Classic copper sheets. The fresh copper gleamed as brightly as a newly-minted penny at the hall’s opening ceremonies but since then it has gradually and naturally weathered, presenting a slightly different appearance each time it is viewed. In time, the cladding’s patina will reach the rich green verdigris displayed by Schloss Grafengg’s existing aged copper trim. 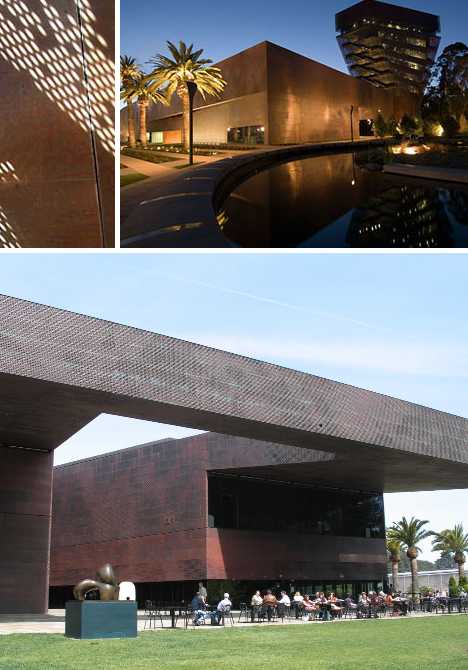 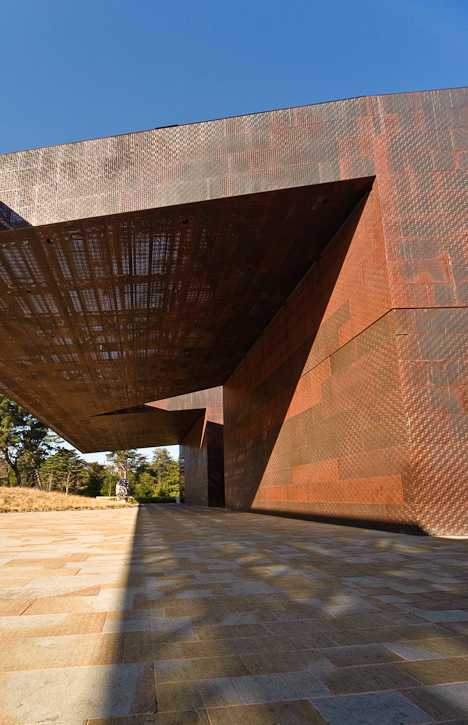 The museum is deemed to be the world’s largest copper-clad building and its earthy tint matches and complements the surrounding landscape. Portions of the façade are perforated, diffusing sunlight in a way that not only pleases the eye from inside or out but also acts to protect gallery exhibits and artwork from the deleterious effects of direct sunlight.

A skilled and perceptive photographer has the ability to coax sublime beauty from what appears at first glance merely mundane. Charles Welch of Crewe, England demonstrates he’s up to the task by snapping a moment or two in the life of the New Market Centre in Crewe, Cheshire, UK. Note the hints of verdigris contrasting with the mainly new, shiny copper sheeting at the lower edge of the second image – how many photos would Welch have to take daily before the entire expanse of cladding is green? 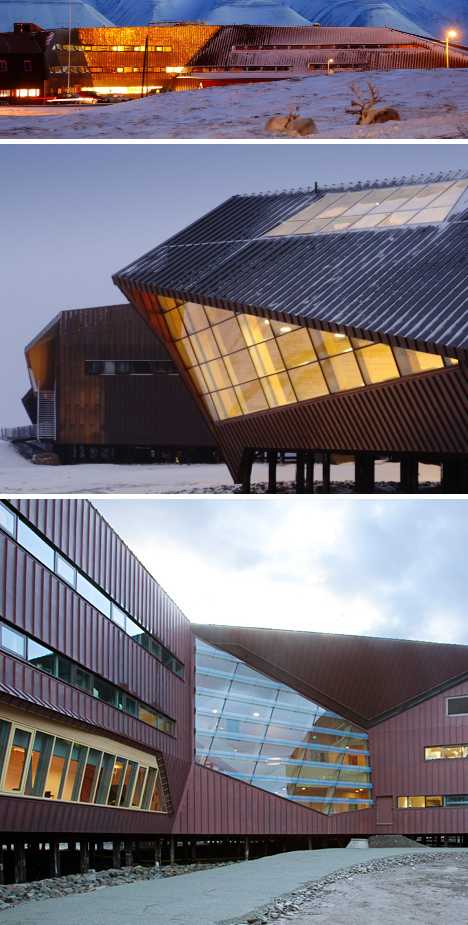 Svalbard (formerly Spitzbergen) is a group of Norwegian islands situated up to 80 degrees north, far inside the Arctic Circle. Naturally the place is cold – the Svalbard Global Seed Vault wasn’t put there for nothing. Chilly or not, almost 3,000 people call Svalbard home and the Svalbard Science Centre in the capital city, Longyearbyen, is there to serve them. 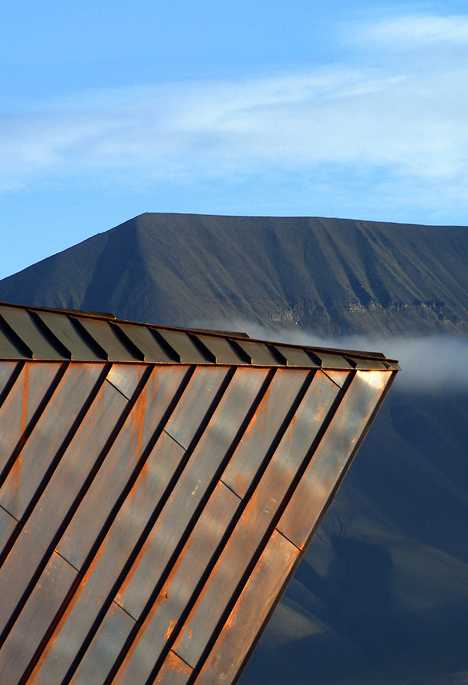 Designed by architectural firm JVA and built between 2003 and 2005, the Svalbard Science Centre encompasses 8,500 square meters (91,500 sq ft) of space and is the largest building in the island archipelago. Due to the inhospitable conditions both above and below ground, the building is timber-framed, set on stilts to avoid melting the permafrost, and its copper cladding is insulated against outside temperatures and overly curious polar bears.