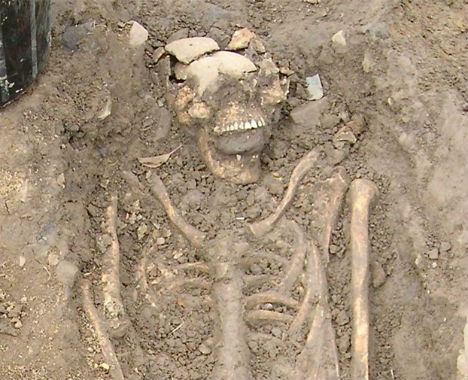 Driving stakes through the hearts of suspected vampires isn’t all fiction. Bulgarian archaeologists have unearthed two ‘vampire’ corpses in excavations near a monastery in the town of Sozopol, near the Black Sea. Both were more than 800 years old, and pinned down through the chest with heavy iron rods. The practice was common in Bulgarian villages up until the first decade of the 20th century, and likely resulted from gravediggers opening crypts to bury plague victims in mass burial sites, and stumbling upon bodies bloated with gases, with bloody mouths that seemed to be sucking in their burial shrouds. This frightening appearance led many to believe that the corpses were ‘undead.’ 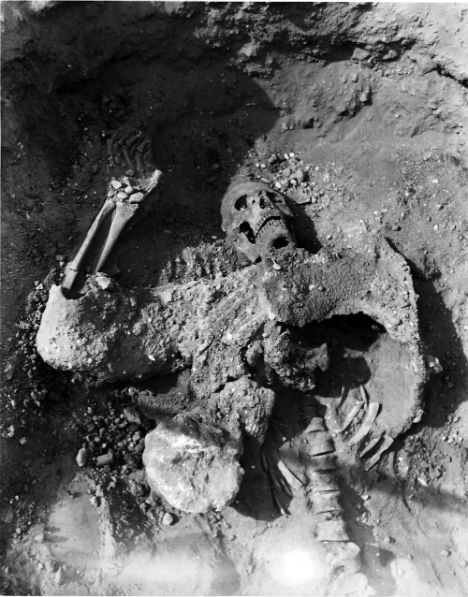 19 Roman soldiers who died in a cramped underground tunnel in Syria nearly 2,000 years ago were the first-ever victims of chemical warfare to leave archaeological evidence of their passing. During a battle with Persian soldiers, the Romans were met with a wall of black smoke that turned to acid in their lungs, killing them within minutes. A 20th skeleton, that of a Persian, was likely the man who started the toxic fire.

Elongated Skulls of Peru and Mexico 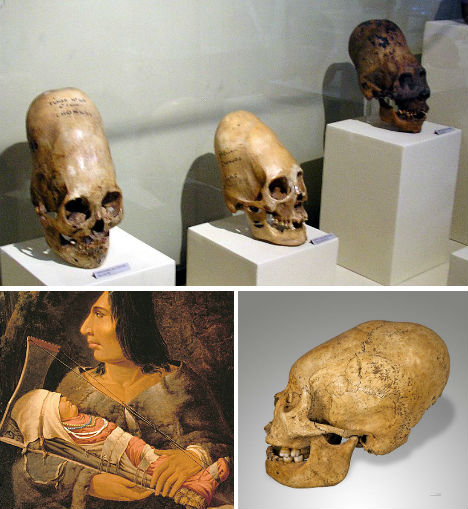 Bizarrely elongated skulls found in Mexico and Peru elicited claims of ‘aliens’ among those prone to conspiracy theories, and while the truth is much more mundane than that, it’s still fascinating. These skulls are evidence of artificial cranial deformation, the practice of distorting the natural growth of a child’s skull by binding it with wood or cloth. The earliest examples date back to Neanderthals, and it is still practiced by some cultures today. The purpose was most likely to signify group affiliation and demonstrate social status.

Tools Made of Human Bones 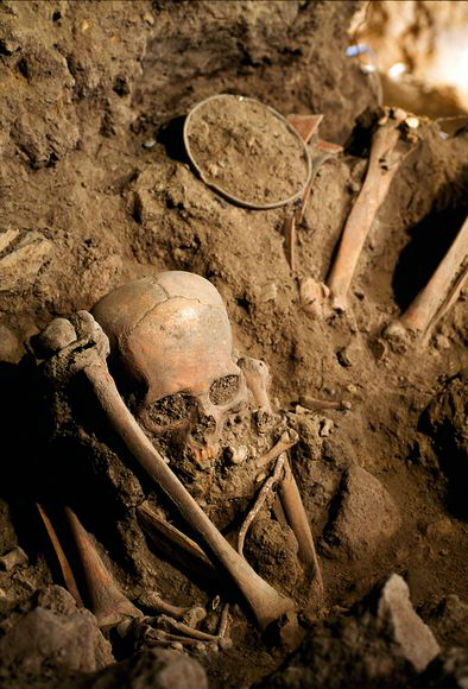 The femurs and skulls of the dead were used by their relatives to make tools like combs and buttons by members of a pre-Aztec civilization in modern-day Mexico. Researchers analyzed 5,000 bone fragments found in the ancient city of Teotihuacan, finding that they had been transformed into household tools shortly after death. When their loved ones died, the Teotihuacanos used stones to remove their flesh and muscle and immediately begin work on the bones, which become to fragile to sculpt if too much time passes.

Massive Skull Pile at the Bottom of a Lake 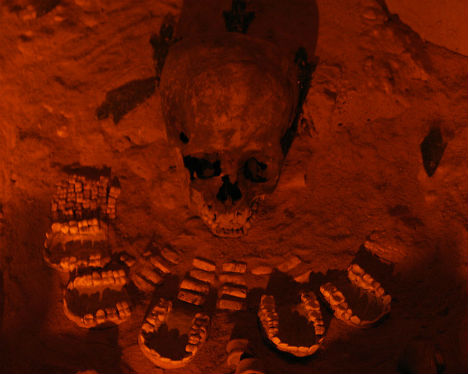 Another fascinating find at Teotihuacan is a pile of ancient skulls found in an otherwise empty field that once held a vast lake. The trove of 150 skulls represents evidence of the largest mass human sacrifice ever discovered, which likely occurred about 1,100 years ago. The researchers declined to release photos of the skulls out of respect for modern-day indigenous cultures that may have been related to the victims. 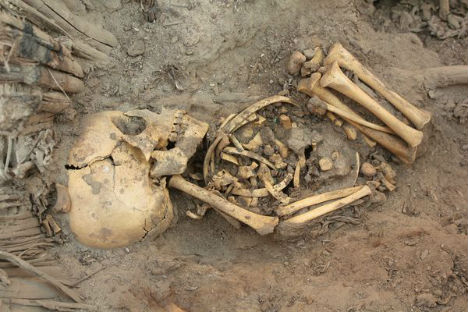 Buried a thousand years ago with wooden ‘false heads’, dozens of mummies were discovered in a vast Peruvian tomb, surrounded by a ring of baby skeletons in the fetal position. The tomb may have been a final resting place for diseased pilgrims to came to Pachacamac for miracle cures from the mysterious Ychsma people of ancient Peru. While some may have died naturally, researchers can’t rule out the possibility that the babies were sacrificed. 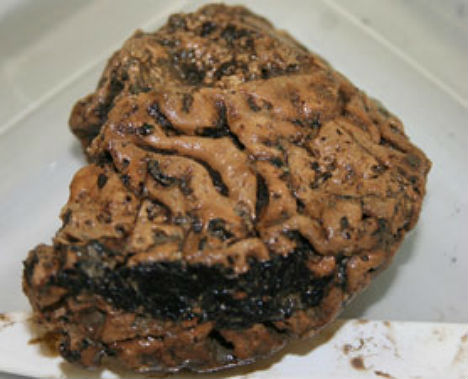 Care for a little pickled prehistoric brain? An Iron Age man who was hanged and then decapitated was found in a waterlogged UK peat bog, and submersion in this liquid environment helped to preserve his brain for 2,684 years. It’s the oldest known intact human brain from Europe and Asia. Brain tissue normally decays very quickly with exposure to air, starting to decompose long before muscle and other soft tissues.