The deep sea anglerfish is a disturbing monstrosity that uses lights to lure in its prey and is the featured backdrop of a recent work of graffiti best experienced at night. 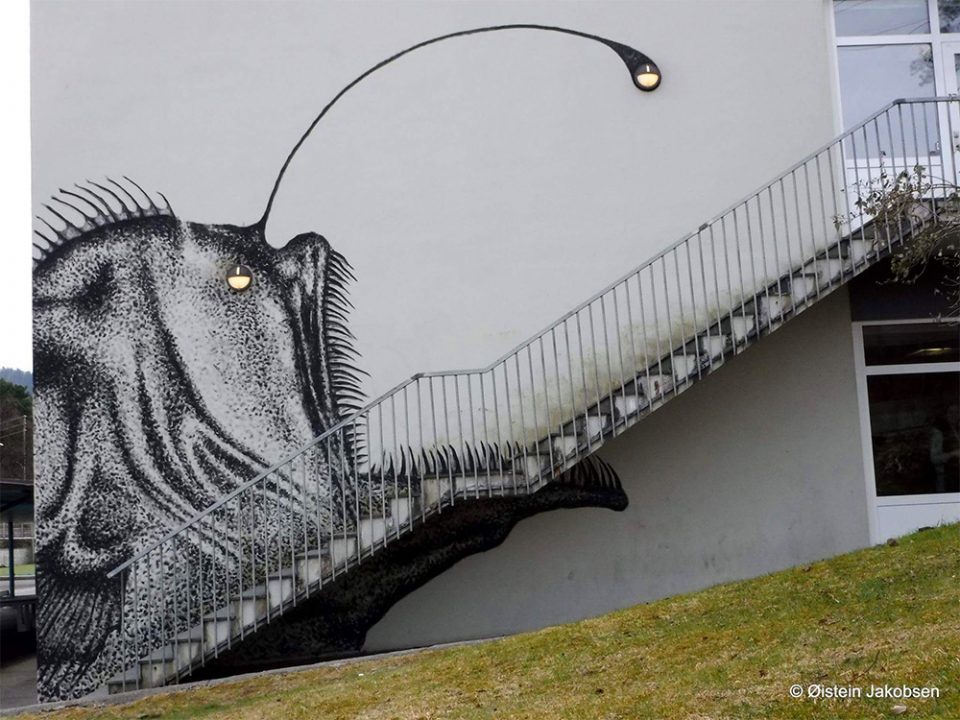 Existing wall lamps serve as the lures in this case, while the fish itself is positioned to swallow up anyone brave enough to venture down the stairs from above. 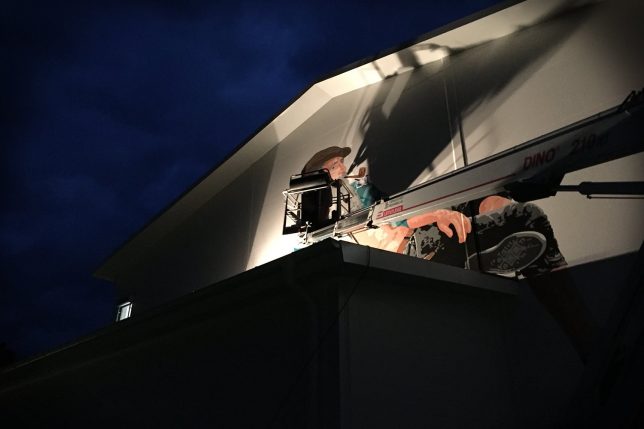 Hailing from New Zealand but living in Bergen, Norway, street artist Skurk hand-cuts stencils and paints large-scale murals around different themes but often involving light and shadow. The works are also site-specific, made to interact with and respond to conditions in a given physical context. 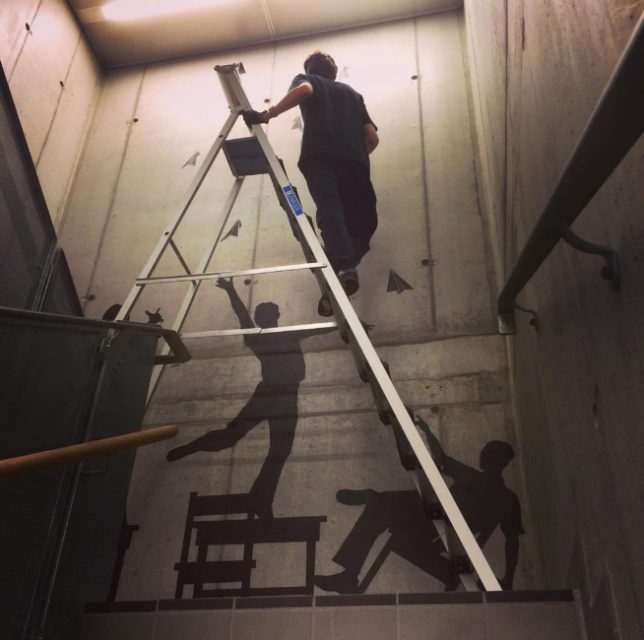 In some cases, his silhouettes seem to be cast like shadows. In other instances, the idea of electrical lighting takes various forms, like a bulb being plugged into an available (vent) socket. 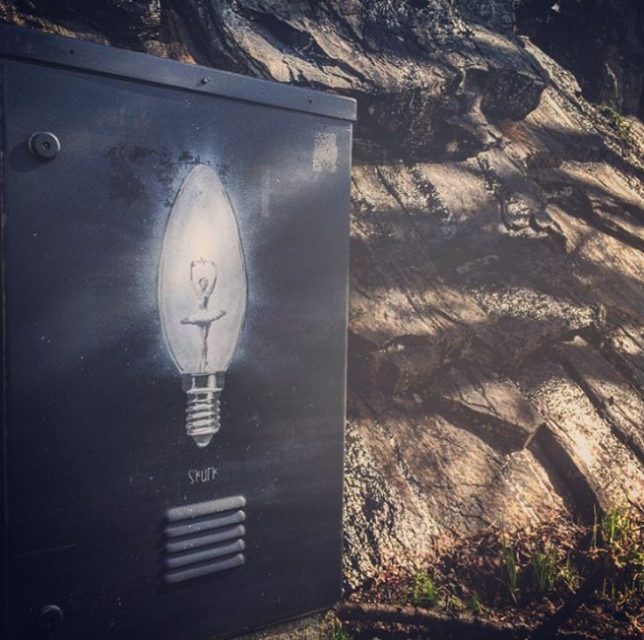