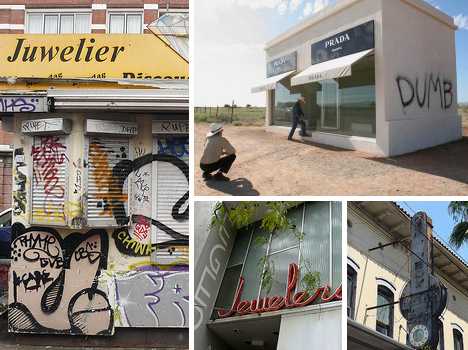 These 10 abandoned jewelry stores, designed to be secure oases of luxury retailing, are now as lonely as a busted ring that’s forever lost its sparkle.

When is an abandoned jewelry store NOT an abandoned jewelry store? When it’s Prada Marfa, a so-called “pop architectural land art project” sitting all by its lonesome on the side of U.S. Route 90 between Valentine and Marfa, west Texas. Artists Elmgreen and Dragset set up the $80,000 faux luxury goods store on October 1st of 2005 with the intention it would be neither maintained nor repaired. Instead, the passage of time alone would slowly degrade the “store” back to its constituent materials. 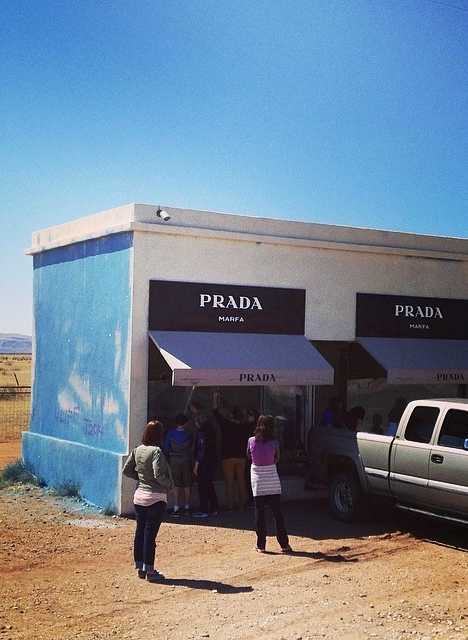 A mere three days after the sculpture was finished (complete with an interior stocked with handbags and 14 right-footed shoes), vandals broke into the building and graffitied the outside walls after stealing the contents… hope they have 14 right feet. Subsequent acts of vandalism have further marred the exhibit and angered the artists (who really should have known better). Seems like Prada Marfa’s degradation is not going as slowly as originally planned. 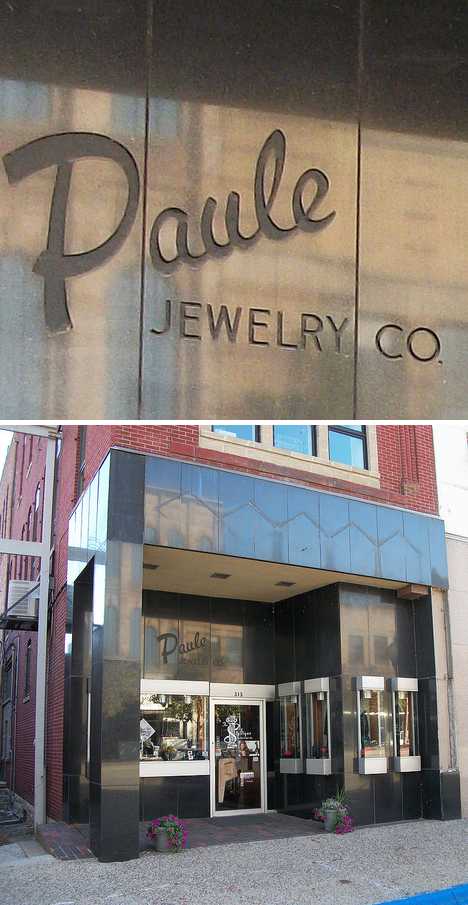 As jewelry stores are usually owned by deep-pocketed individuals, extra expense is typically expended not only on security but on creating a luxurious first impression for potential buyers. The downside, of course, is when the stores are closed, abandoned and/or re-purposed as a successor business, the original embellishments are not easily changed. Such is the case with the former Paule Jewelry store in Burlington, IA, as photo-documented by Flickr user baby cat. 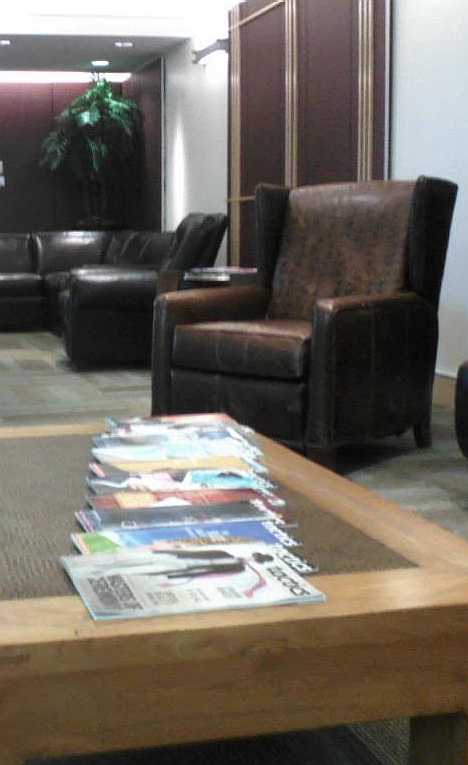 Orlando’s Fashion Square Mall has seen better days and more than a few of its stores have jumped ship for better prospects elsewhere. FSM is making the best of a bad situation, however, having converted the abandoned and unnamed jewelry store above into a waiting room. Waiting for what, we can’t say. Kudos to Kei Teay for the sad soft-focus photo above.

Jeweler Ian Marsden established his jewelry store in 1969, according to the weathered old-style sign still affixed to the storefront. The sign also heralds the presence of a “Working Jeweler” inside… don’t believe it! Sometime before March of 2013, Marsden closed the Stockport, UK retail landmark and left anything not portable behind.