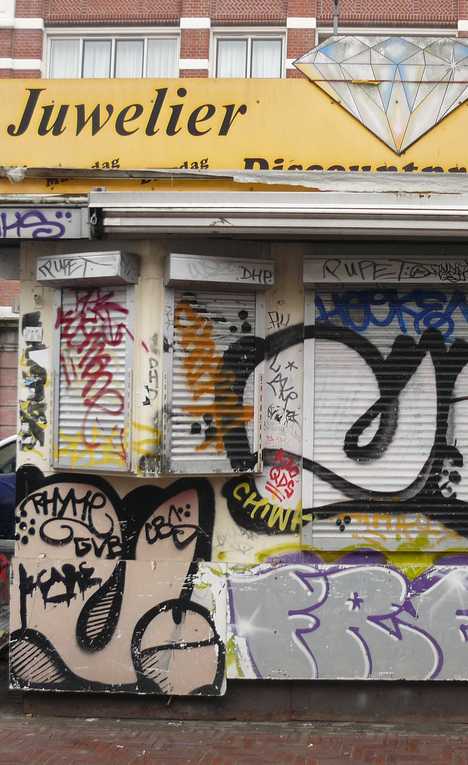 The luster has long faded for this abandoned, vandalized and graffiti-defaced jewelry store in Detroi… er, Amsterdam. Full props to Flickr user Ed Harrison for the stark and striking original photo from which the above image was derived. 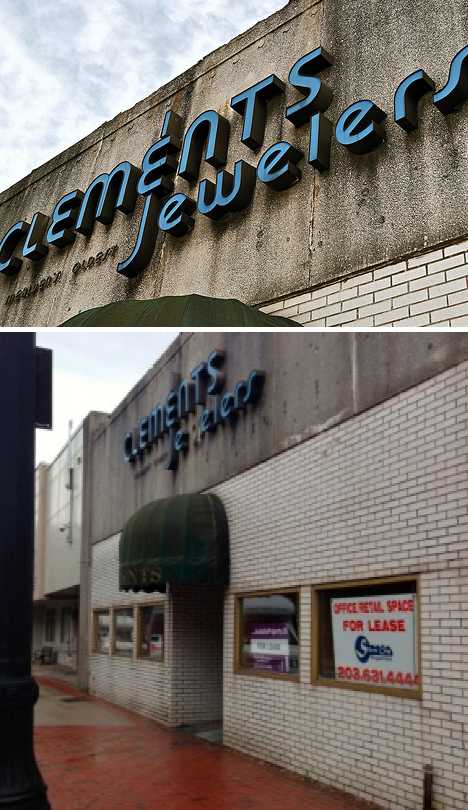 Clements Jewelers was once one of Meriden, Connecticut’s brighter retail lights and its stylish blue script sign promised shoppers a veritable three ring circus of glittering gems & goodies. Following through on those promises in, er, inclement economic conditions may have been a sticking point, however, and Clements these days is as grimy as the soot staining the sign’s weathered backdrop. As for the sign itself, give the W credit for being the first letter to abandon ship. 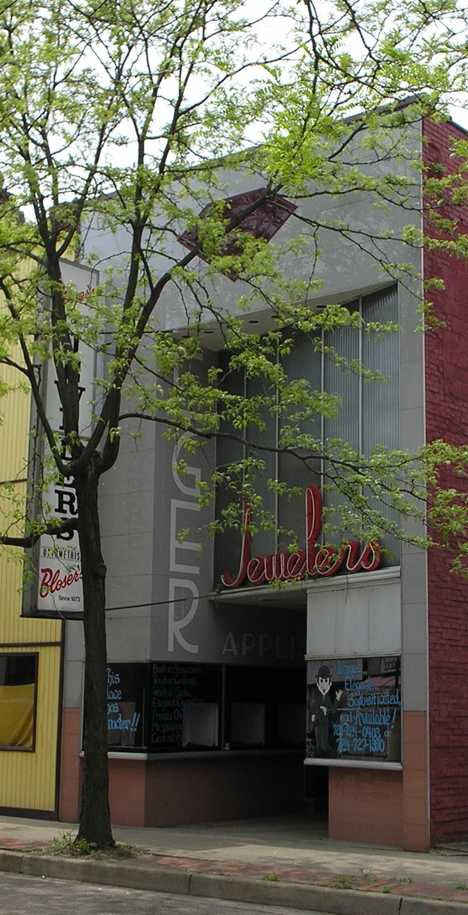 Looking for a former jewelry store to fix up and flip? Look no further than New Kensington, PA where the abandoned Blosers Jewelers at 965 5th Ave has been on the market since September of 2009. If you’ve been to New Kensington lately, that fact might not surprise you.

(images via: The Long Way Home)

The 3,000 square foot, air conditioned store just 25 minutes from Pittsburgh is described as being a “Fabulous Building with Endless Possiblities” according to the listing at LoopNet. Because possiblities are what one really needs in a jewelry store, especially those that never end.