In Need Of A Miracle 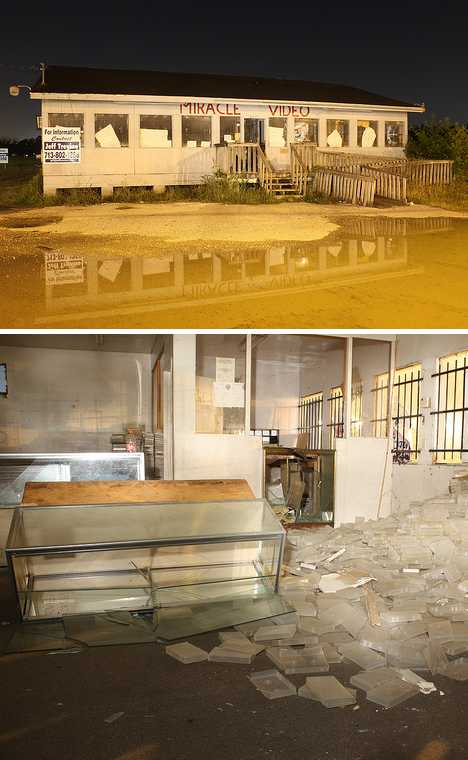 Houston, we have a problem… the former Miracle Video outlet at 10201 Jensen in “beautiful northeast Houston” is closed though its front door is wide open. Both factors (but mainly the latter) explain the rather unkempt state of the interior. As for parking, no problem there as long as you’re driving a boat. These gloriously tinted images come courtesy of Flickr user MeltedPlastic; with a name like that, who’d want to rent him VHS tapes? 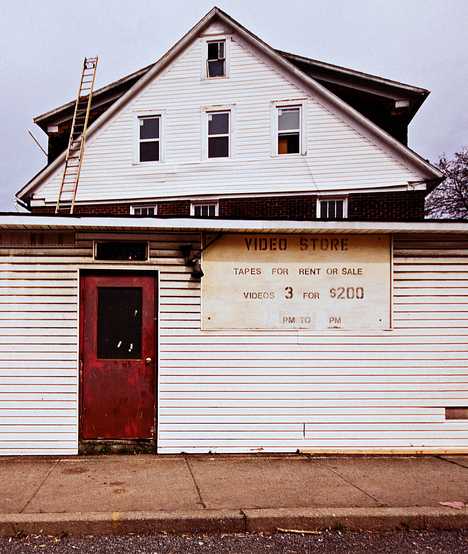 Johnstown or Jonestown? It seems to be the former though the un-branded atmosphere of this abandoned video store puts it right at home in either location. What type of videos cost “3 for $200”, anyway? Shame if a dropped decimal was the reason “Video Store” went belly-up… and notice we didn’t mention the ladder. 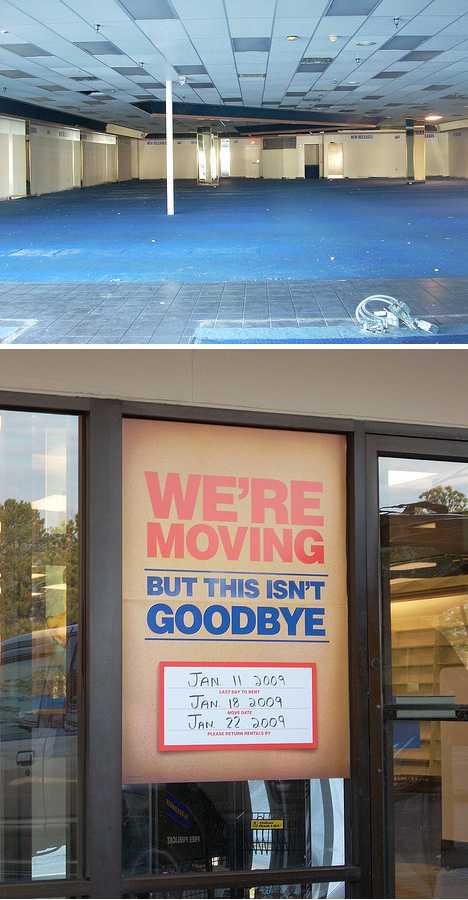 “We’re moving, but this isn’t goodbye…” You lie! Those Blockbuster Video stores sure were big, especially once the racks of tapes are gone and all that’s left is a wild blue-carpeted yonder. As for the reassuring sign on the door, one might say whomever was managing this Newport News, VA store was deeply in denial.