(images via: NotionsCapital and thisisbossi)

Turkish immigrant Erol Onaran started up his wholly-owned chain of eponymously-named Erol’s Video Club stores at just the right time – the early 1980s – and sold them (to Blockbuster) at just the right time – November of 1990 – and at the right price; a cool $40 million. By that time, 208 Erol’s stores were open in five states and the District of Columbia. How one of these stores, located in Washington DC, remained un-Blockbuster-ized and abandoned for over two decades is a charming and mysterious case of serendipity. 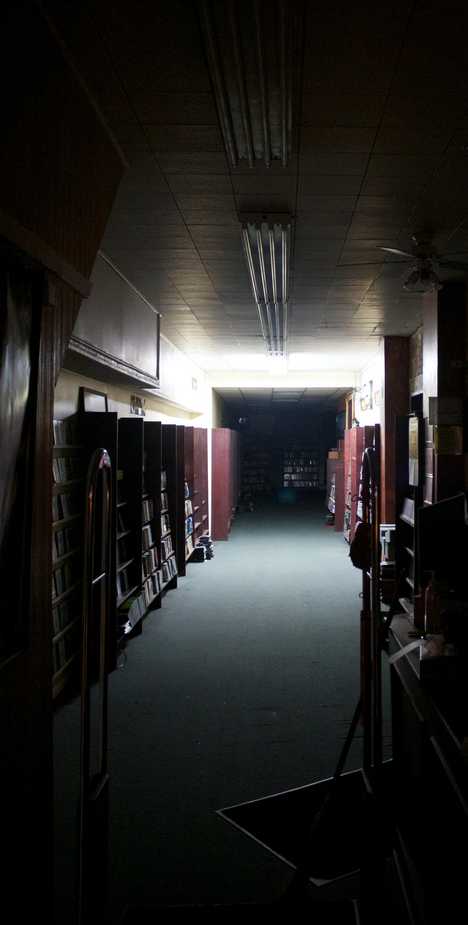 This creatively-lit photo of an anonymous abandoned video store gives the impression of an empty church. A tip of the hat to Flickr user static416 for composing and capturing this moment in time, an inside job if ever there was. 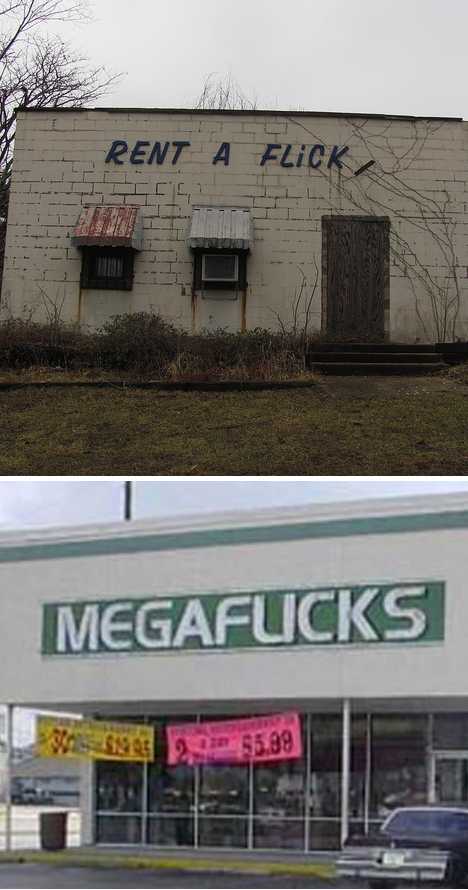 Say what you want about this sad-looking abandoned video store in Dittmer, MO, but at least the owners had the foresight to order a lowercase letter i for their store’s sign. It would have been completely understandable if they went with all-caps as the store rented adult videos. Why is this important? Must you ask? 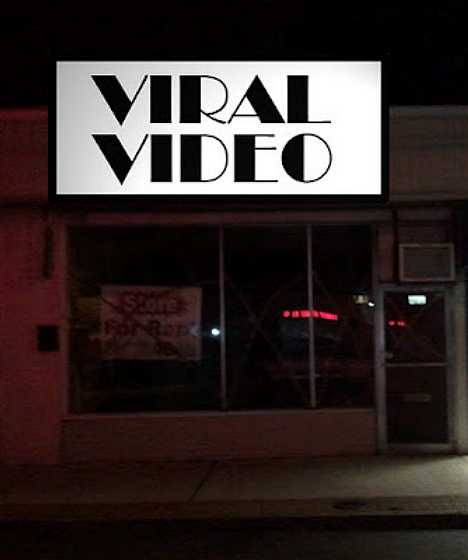 From tiny towns to the largest cities, rental video stores of all sizes were a constant feature of the urban scene. In fact, one might say rental video stores helped define an era that saw society embrace new-found freedom from the time constraints set by movie theater owners and television networks. Technology, however, did not stand still and consumers with computers eventually forced video rental stores to fade to black… and this time, rewinding is not an option.