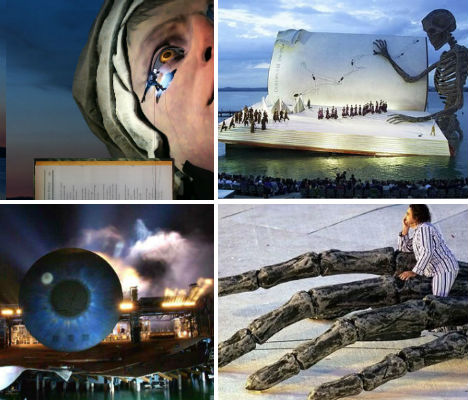 Magnificent, surreal stages rise from the depths of Austria’s Lake Constance, rotating, glowing, rising and falling in time with the plots of famed operas, plays and musicals. Unparalleled in their scale and complexity, these stages are built every two years for the Bregenz Opera Festival, which began in 1946. With each season that passes, the sets get even more impressive. Here are 10 standouts. 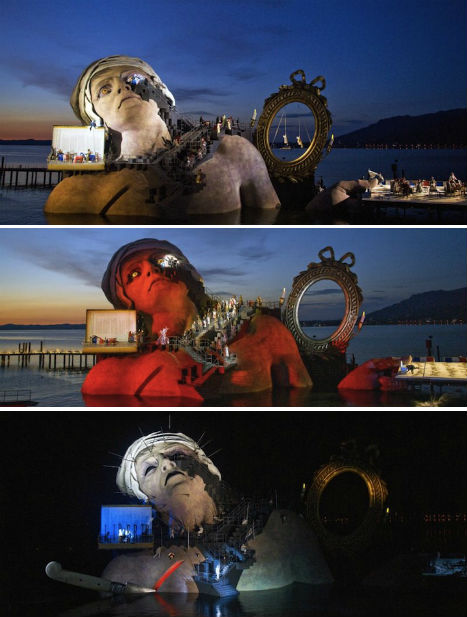 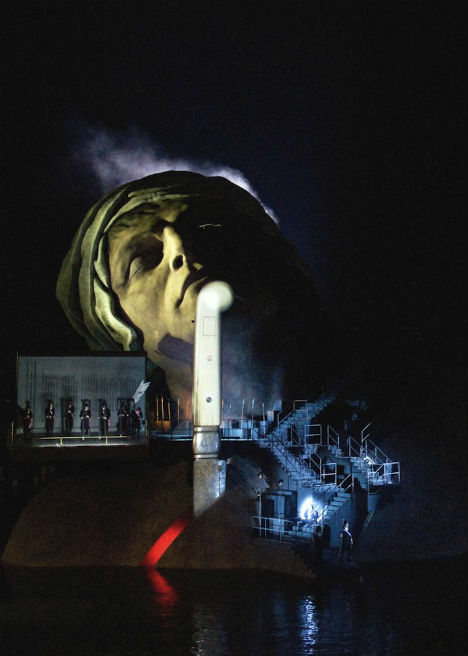 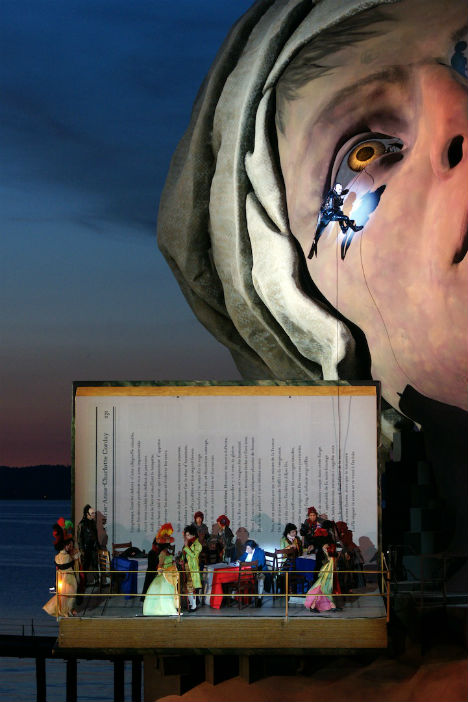 Looking like the remains of some fallen civilization, a statue emerges from the lake, its head draped. Then the fabric begins to fall away, revealing a set of stairs that lead right up to the figure’s eye. This interactive set for Andre Chenier, an opera set during the French Revolution, grows even more amazing as the night goes on: the neck of the statue is severed, the head falling back to reveal an additional set. 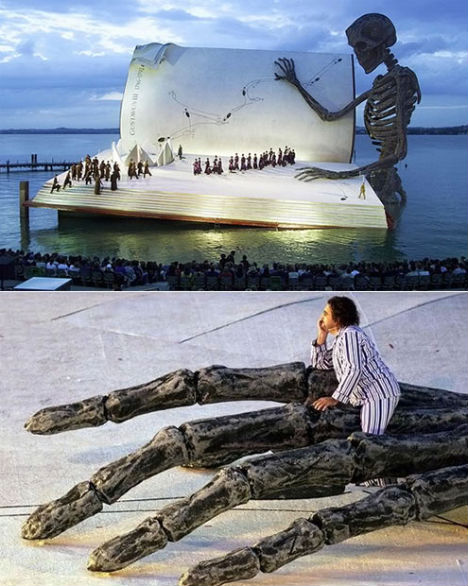 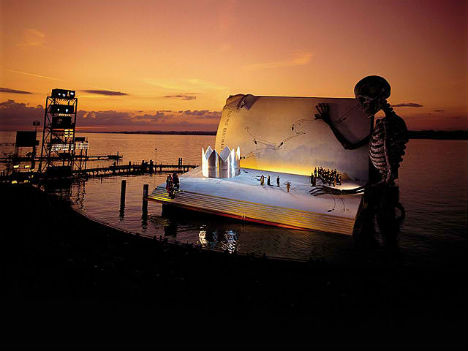 A massive skeleton looms over an open book as the scene for A Masked Ball, an opera by Guiseppe Verde. One of the Bregenz Festival’s most iconic sets, this one from 1999 is fairly simple compared to the amazingly complex ones seen in more recent years. 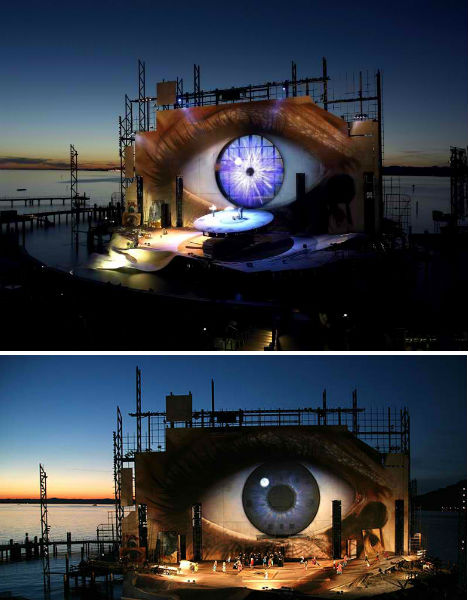 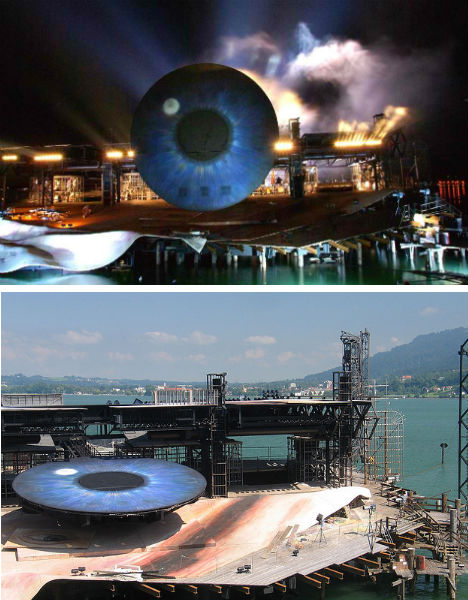 Puccini’s Tosca played out against this unforgettable backdrop, which featured a giant eye with an iris that actually rotates to reveal a hidden room. Scenes for the James Bond movie Quantum of Solace were filmed in the front of the building and in the audience while this stage was still active, in 2008.