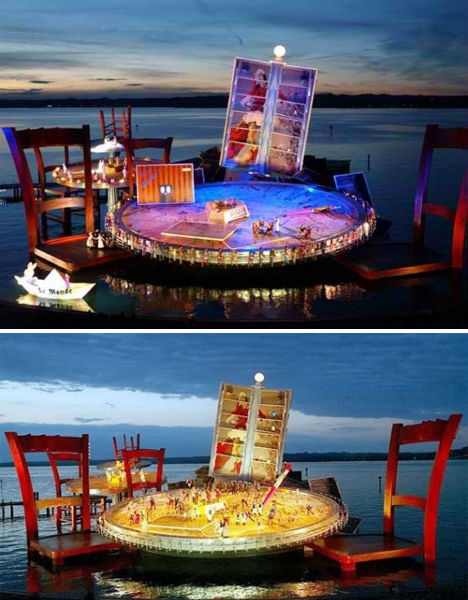 The 2001-2002 seasons of the Bregenz Festival featured three giant bistro tables and chairs for Puccini’s La Boheme, one of the world’s most popular operas. 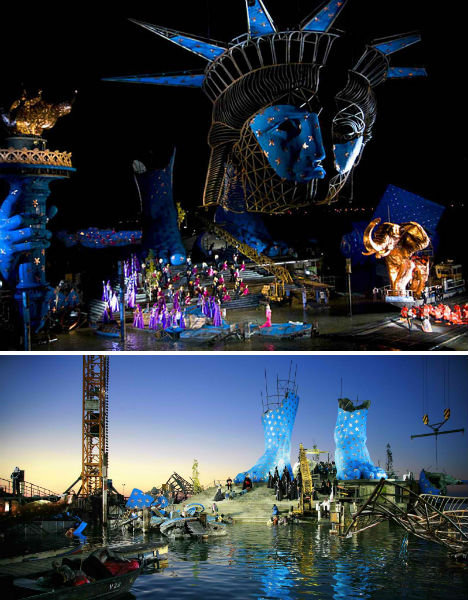 Life-sized replicas of the Statue of Liberty – or at least, bits and pieces of it – made a dramatic setting for a contemporary adaptation of Verdi’s Aida, symbolic of the breakdown of human rights. The pieces were mounted to cranes, and seemingly floated up into the sky at various points in the opera. 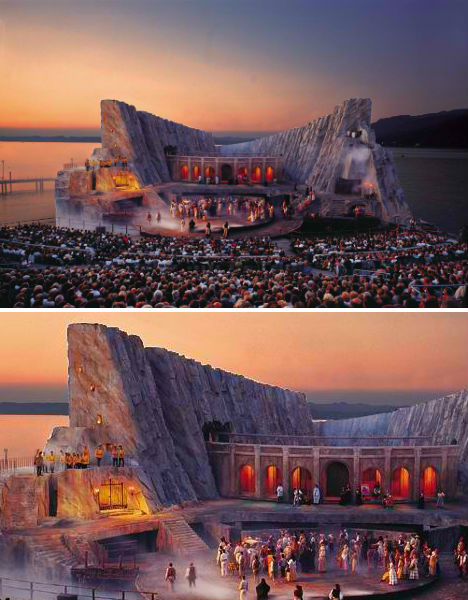 Though not as surreal as many of the other sets,  the 1991-1992 stage for Georges Bizet’s Carmen was no less epic. 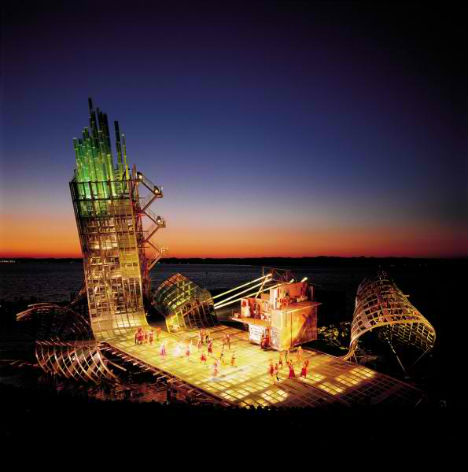 Abstract representations of a rather futuristic-looking city rose and curved as a surprising stage for Leonard Bertstein’s musical West Side Story in 2003. 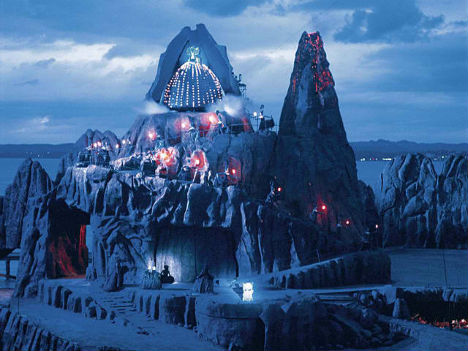 Last seen at Bregenz nearly twenty years ago with this magnificent rocky stage, The Magic Flute (Die Zauberflote, presented in German with English subtitles) will return for 2013 and 2014 with a new set. 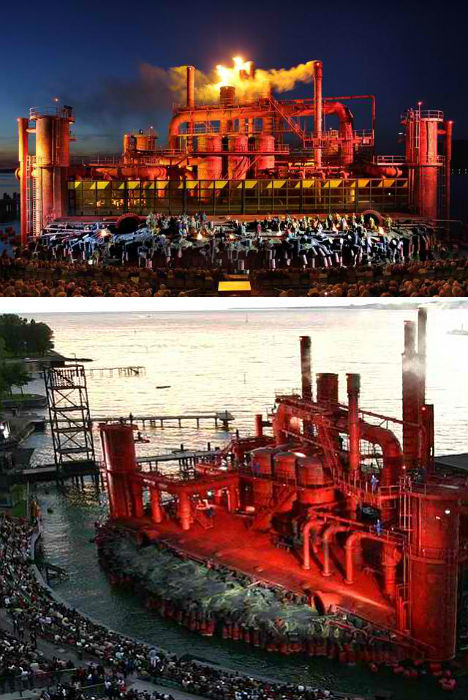 Il Trovatore, or The Troubadour, had a very industrial-looking stage – a recreation of an oil refinery in stark red, which spewed fire from those smokestacks during its run in 2005. 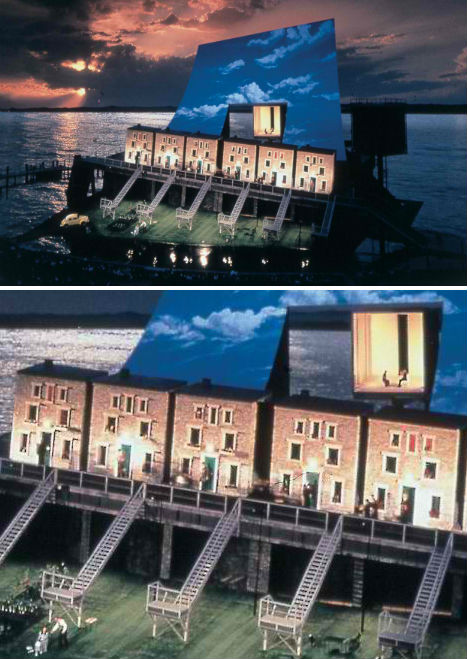 A prison rears up right amidst a life-sized Cardiff street as the set for Fidelio, an Italian opera about insidious evil in the world.