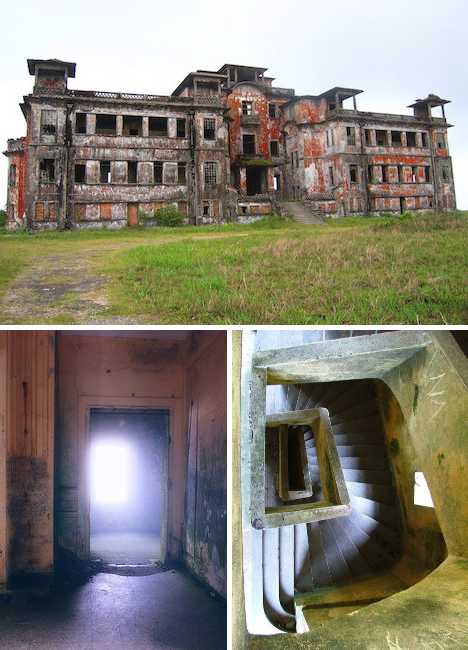 A favorite of globe-trotting urban explorers and a frequent feature on Abandonments websites due to its state of spooky awesomeness, the mouldering remains of the Bokor Palace Hotel & Casino near Kampot, Cambodia lives up to its advance billing and delivers the goods in spades… clubs, hearts and diamonds.

The casino is one of a number of buildings constructed in the early 1920s when Cambodia was part of colonial French Indochina. The structure must have been well-built to survive nearly a century though it’s far from hospitable these days. The exterior walls display significant remnants of garish vermillion paint, a relic perhaps of its occupation during the 1970s by the Khmer Rouge. Visit Artificial Owl to view many more striking images of this eerie edifice.

Flickr users Lùcia and Tizignolo have beautifully documented the human-assisted decay of the 1960s-vintage Casino di Consonno. In 1962, Count Mario Bagno bought the entire town of Consonno and demolished every building in it except for the church of San Maurizio.

Count Bagno’s vision was to create a “casino capital” just minutes east of Milan, which would be accepted, attended and appreciated by free-spending Milanese out for a little fun and games. Evidently the Milanese were having plenty of fun without Count Bagno’s help and in short order the Casino di Consonno was down for the count, so to speak. Its remains form the heart of a modern-day ghost town; a nightmare for Count Bagno but a boon for urban explorers.

(images via: The Mono Organisation, KNTV and Vegas Chatter)

The Key Largo Casino, located at 377 Flamingo Road in Las Vegas, Nevada, opened in 1974 and closed in 2005. Plans were afoot to convert the building into a condominium tower but a suspicious fire at the site in late March of 2013 has put the kibosh on those plans. 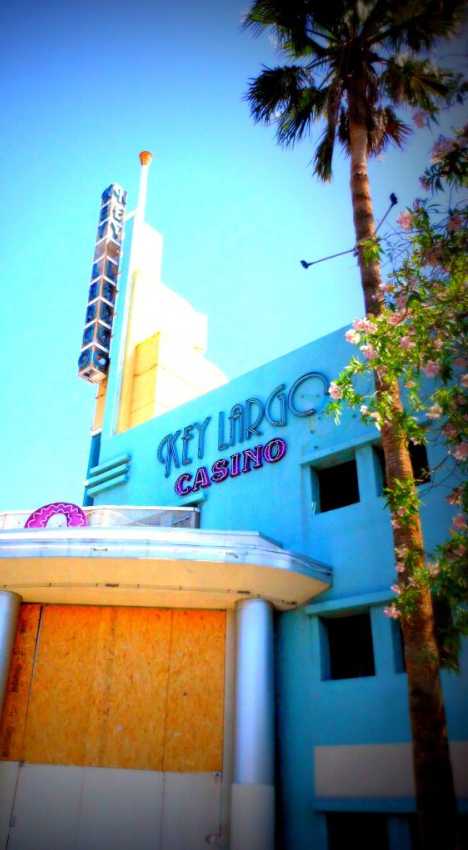 (image via: The Mono Organisation)

According to ATF investigators, evidence discovered at the scene suggests the fire that destroyed the shuttered casino was set intentionally… and quite effectively as well, since the Clark County Fire Department has ordered the charred remainder of the casino (mainly the outer walls) to be demolished by the end of April. 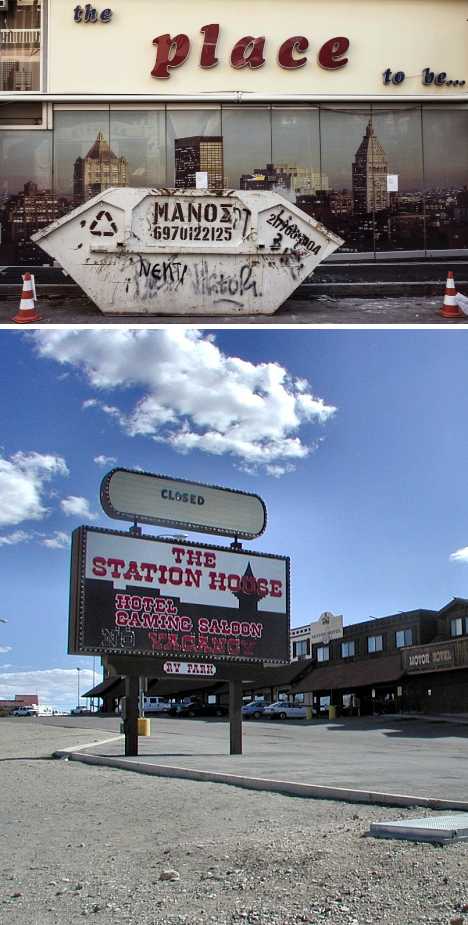 (images via: Eloisa D’Orsi and Nevadamax)

Closed, boarded-up and abandoned casinos epitomize the pathos inherent in the abandonments genre; places once well-lit, noisy and full of life have become darkened, silent and ignored. Sad in a sense but fascinating nonetheless, these once-glittering playgrounds now provide barred windows into the human condition.