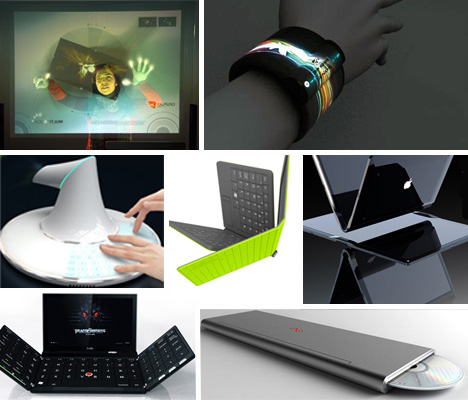 The concept of computers has changed dramatically over the past 50 years. They have gone from room-sized monstrosities to desktop beasts to laptop machines to tiny powerhouses that we can carry in our pockets. But it would be a mistake to think that computers are done evolving. The materials we use to build computers are constantly changing, and their form factors will undoubtedly change rapidly as well. These concepts show just what might be possible in the very near future of computer design. 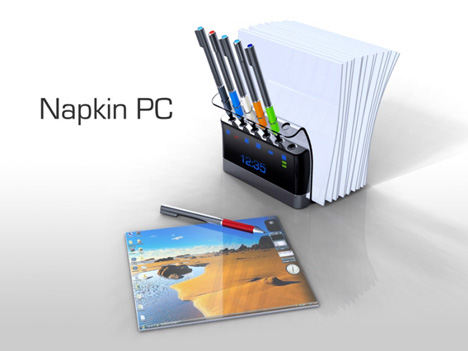 Operating on the idea that most great ideas start as napkin sketches, designer Avery Holleman decided to design a computer system that looks just like a group of napkins. A stack of napkin-like screens and a set of “pens” are kept in a handy holder, allowing collaborators to simply grab one of each and sketch out an idea. 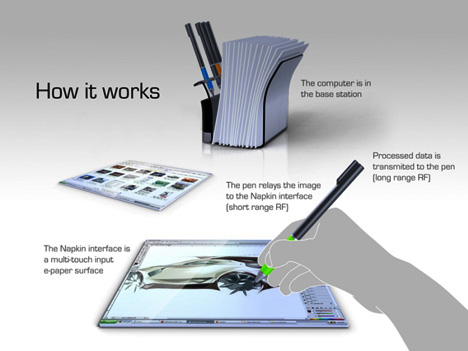 The holder is actually a base station and computer, allowing all of the processing to be done in the case so that the “napkins” themselves can remain small and easy to handle. A couple of napkins can roll up and be secured with a kind of napkin ring that holds two pens, letting the system go with you to impromptu meetings or anywhere great ideas might strike. 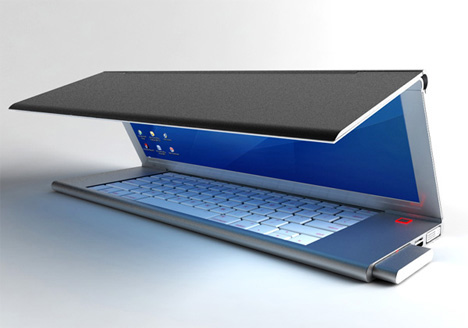 Designer Niels Van Hoof had a compelling vision for the modern laptop: why not eliminate wasted space and make the screen itself fold up to make the entire machine smaller? The screen would use OLED technology to let it fold in half without damaging the display. 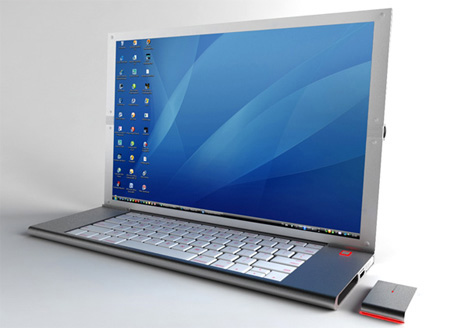 The keyboard could then shrink significantly, allowing just enough room for the keys and eliminating the vast amounts of space under the keyboard that is usually dedicated to the trackpad. A pop-out mouse takes care of that, letting you navigate naturally and then store the mouse inside the laptop’s body when you’re done.